Group portrait of students of the Beit Yaakov religious school for girls in Bedzin. 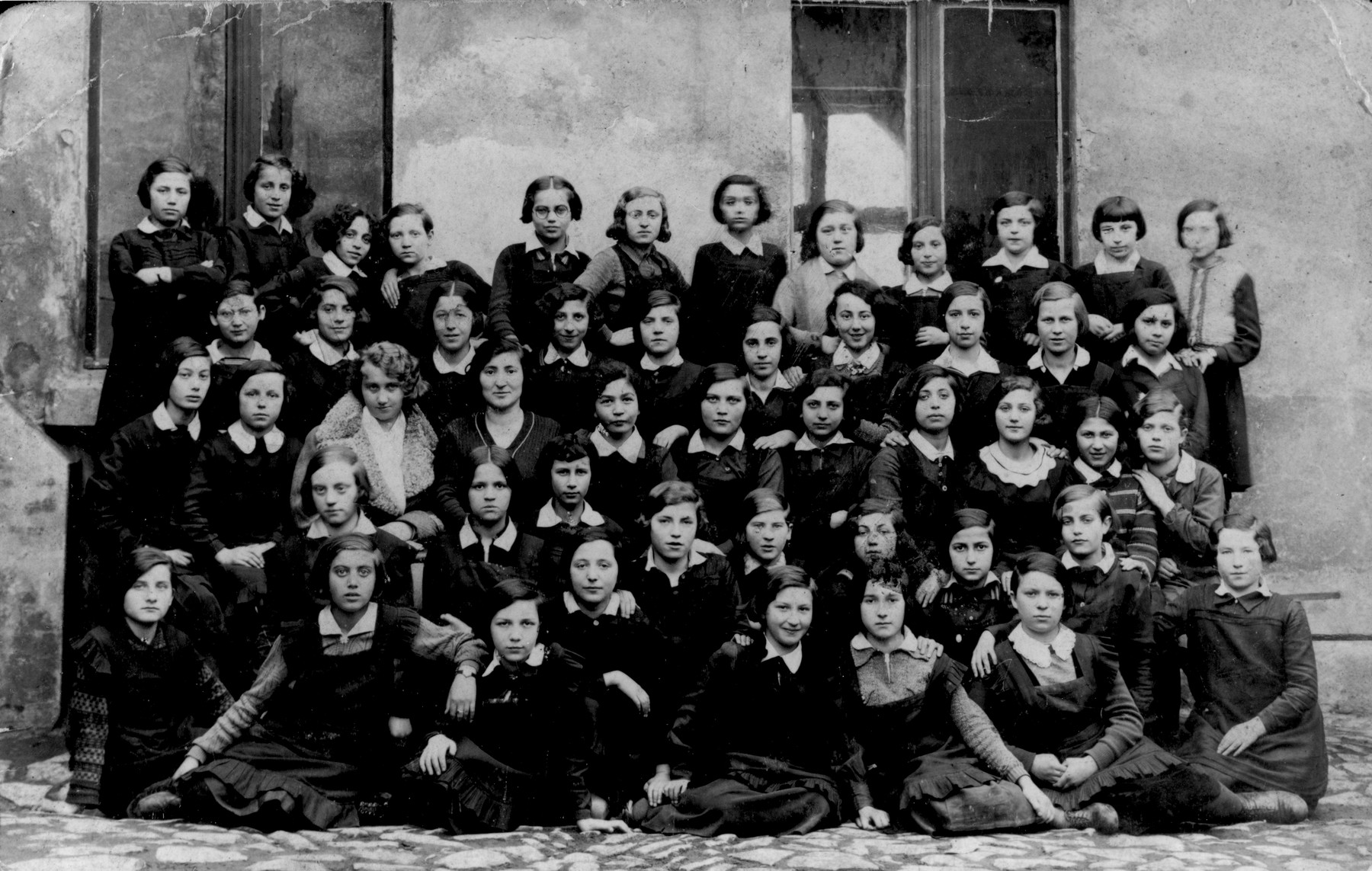 Group portrait of students of the Beit Yaakov religious school for girls in Bedzin.

Among those pictured is Laja Szyjewicz.

Biography
Arnold Shay (born Abram Lejzer Szyjewicz) is the son of Aleksander and Sara (Druch) Szyjewicz. He was born February 16, 1922 in Bedzin, Poland, where his father was a poor tailor, who barely earned enough to feed his family. Abram had four siblings: Zosia (b. 1916), Laja (b. 1918), Izak (b. 1920) and Bernard (b. 1924). During the German occupation the family lived in the Bedzin ghetto. After obtaining false papers in the name of Arnold Wojcikiewicz, Abram was able to leave the ghetto periodically to conduct trade on the outside. However, during the final liquidation of the ghetto in August 1943, he was deported to Auschwitz. He remained there until the camp was evacuated on January 18, 1945. Abram was then sent on a forced march to Germany. After crossing the border, his group of prisoners was marched to Sachsenhausen and then southward towards Dachau. Abram was finally liberated by the Americans in Buchberg in April 1945. After the war, Abram lived in Goslar, Germany. In 1947 he married Bala Zajonc, and in September 1949, they immigrated to the United States. All of Abram's siblings survived the war, but both his parents perished. His father was shot to death in the Bedzin ghetto on April 28, 1942, and his mother was deported to Auschwitz during the liquidation of the ghetto. She was killed there on August 16, 1943.