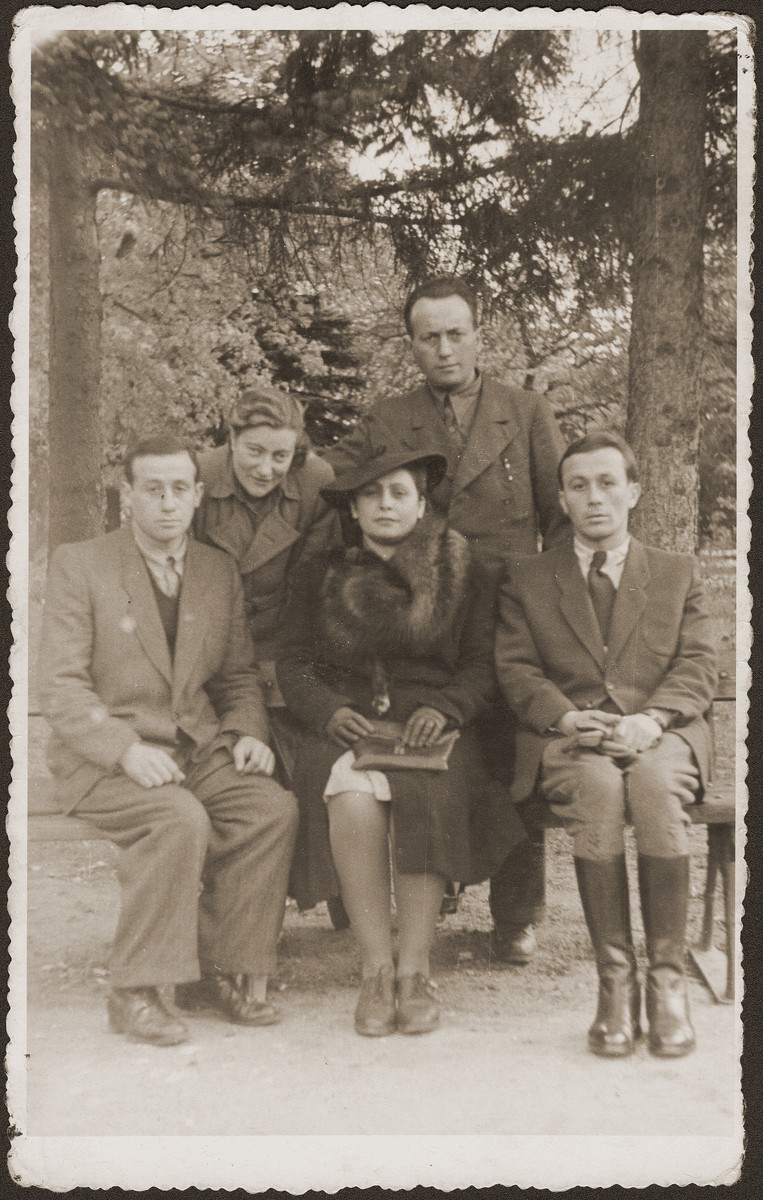 Seated in the front row, from left are: Majer Fiszel; Lola (Merin) Laskier, and Heniek Fiszel. The other two are not identified.