A .50 RM piece of scrip from the Gross Rosen concentration camp that was given to Hanka Granek during her imprisonment at the Peterswaldau sub-camp of Gross Rosen. 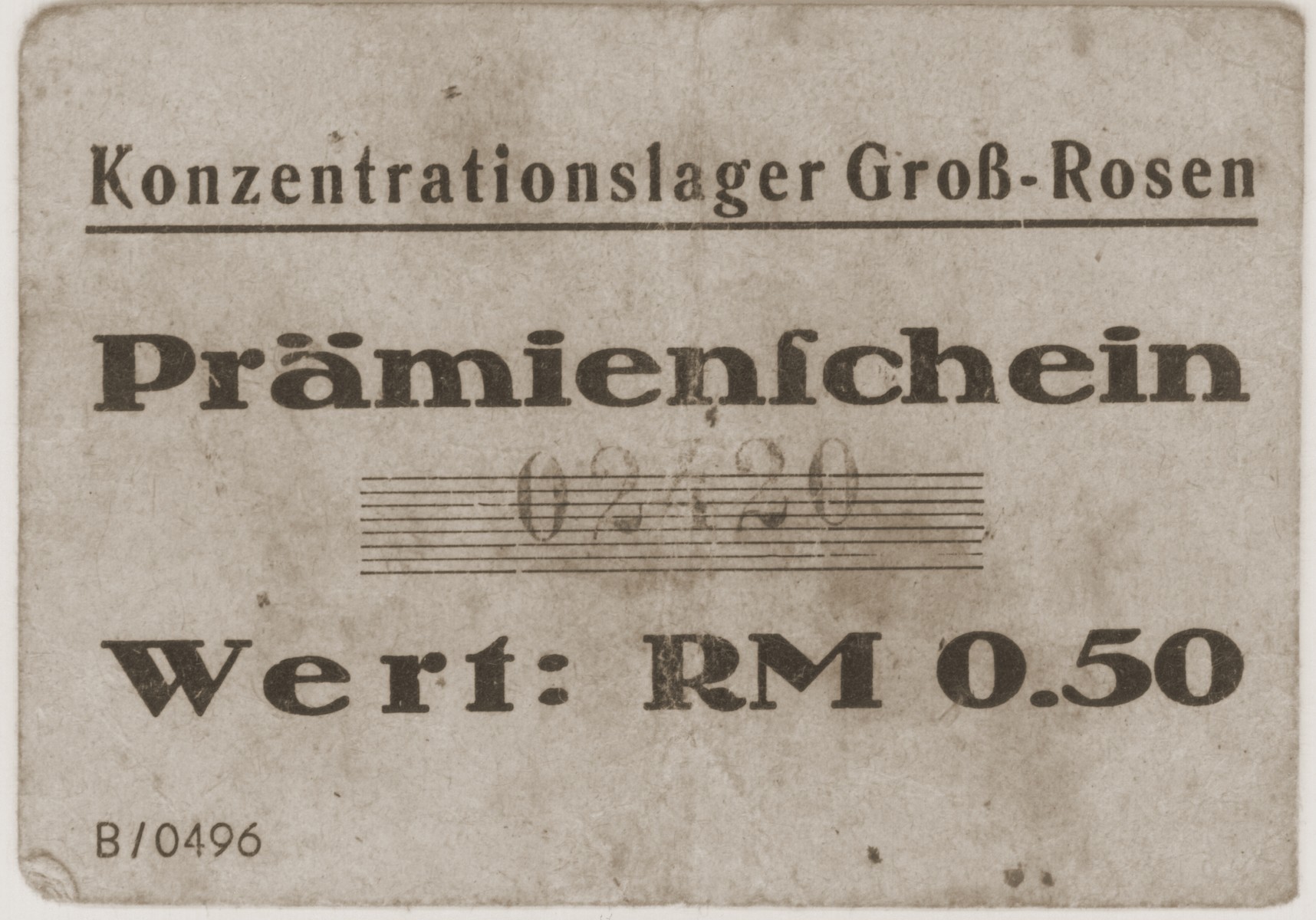 A .50 RM piece of scrip from the Gross Rosen concentration camp that was given to Hanka Granek during her imprisonment at the Peterswaldau sub-camp of Gross Rosen.

Biography
Hanka Ehrlich (born Hanka Granek) is the daughter of Itzhak and Hela (Frydrych) Granek. She was born in Bedzin on February 28, 1924. Hanka had one sibling, a brother Dawid (b. 1933). Before the war Hanka was a student at the Fuerstenberg gymnasium. During the first years of the German occupation, she worked with her father in the Michatz clothing factory in Bedzin making uniforms for the German army. In April 1942 two SS men entered the factory and arrested several men, among them Hanka's father, who were subsequently shot to death. Hanka's mother and brother were later deported to Auschwitz, where they perished. On June 22, 1943, Hanka was sent to the Graditz labor camp. The following January she was transferred to a second camp, Peterswaldau, where she remained until the liberation. After the war Hanka lived in Munich, where she married Wolf Erlich on November 3, 1946. Born in Bedzin on August 28, 1918, Wolf lived in the ghetto until 1943 when he was deported to the first of a series of labor camps. He was liberated in Stamsried, Germany on April 23, 1945. Five years after their wedding, Hanka and Wolf immigrated to the United States.