Chana Pesia Gerlic Malach and her husband, Aron Josef Malach are seated in the middle. On the left is Abraham Gerlic, Chana Pesia's brother and on the right is Zishe Gerlic, another brother of Chana Pesia. 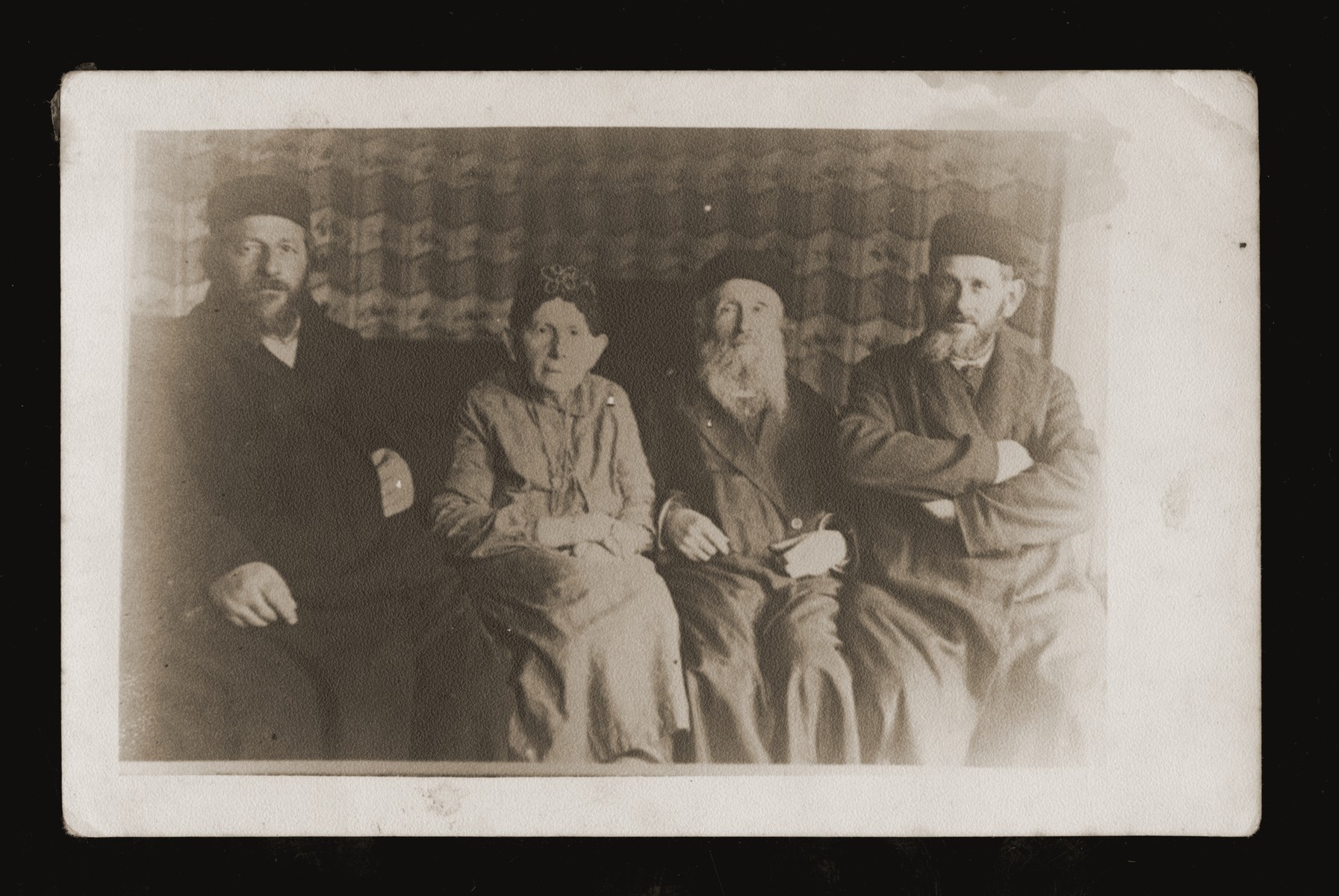 Chana Pesia Gerlic Malach and her husband, Aron Josef Malach are seated in the middle. On the left is Abraham Gerlic, Chana Pesia's brother and on the right is Zishe Gerlic, another brother of Chana Pesia.

Zishe, the second son of Refuel Hirsh and Malka Ruchel Blum Malach, was born in 1916 in Dabrowa. He married Frymcia Finkelsztajn in 1937. After the German invasion the couple fled to the Soviet Union, but were separated during their flight. Zishe was deported to Siberia, where he met Etta Rusinek. Dawid Malach, their son, was born in 1943. After the liberation Zishe returned to Dabrowa, where he married Mania Adlerfliegel (from Bedzin). They remained in Poland, where their two daughters, Giza and Sima, were born, until 1957, when the family left for Israel.