Sewing workshop in the Sosnowiec ghetto. 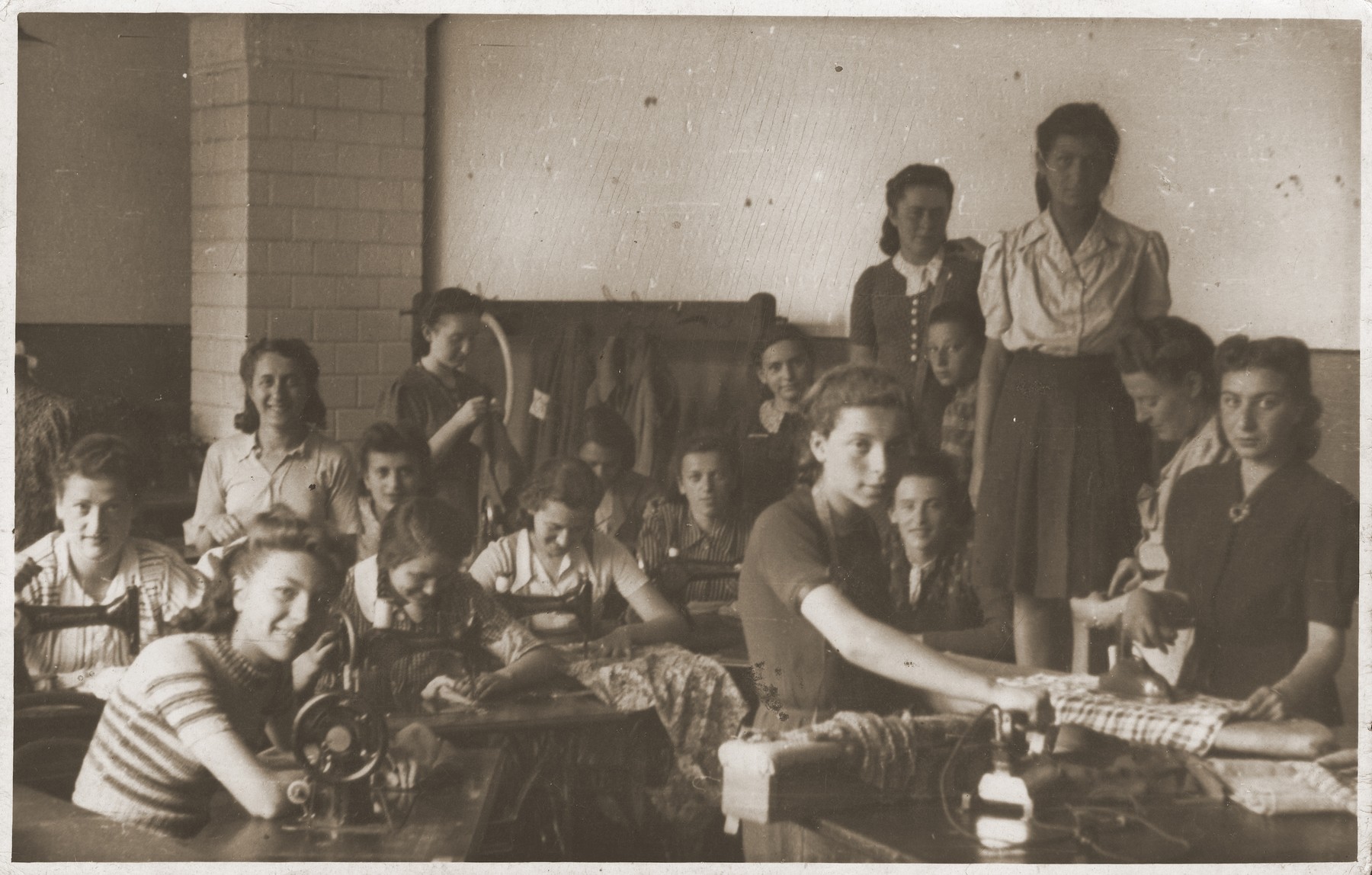 Sewing workshop in the Sosnowiec ghetto.

Seated in the middle is Hinda Chilewicz. Standing from the right is Dorka Piorko, Fredka Landau and Cesia Chmielnicka. Standing on the left is Mania Herszlikiewicz.

https://encyclopedia.ushmm.org/content/en/article/german-administration-of-poland. https://encyclopedia.ushmm.org/content/en/article/ghettos-in-poland.
Biography
Hinda Chilewicz (now Helen Luksenburg) is the daughter of Chaim and Chana Chilewicz. The eldest of three children, Hinda was born on April 4, 1926 in Sosnowiec, Poland where her father owned a textile mill. After the German invasion the family remained in Sosnowiec, which soon became an open ghetto. During this period Hinda's brother Abraham (Mumek) was sent to a labor camp in Markstaedt. He later died in 1944 at the age of 17 while on a death march. Hinda was transported to the Goglin transit camp, and in March 1943 she was deported to the Gleiwitz labor camp. When the ghetto was liquidated in August 1943, Hinda's parents and sister, Bluma, were deported to Auschwitz. All three perished in the camp. Hinda remained in Gleiwitz for over a year and a half. There she met her future husband, Welek Luksenburg from Dabrowa.