Under the supervision of American soldiers, German civilians from Neunburg vorm Wald carry wooden coffins containing the bodies of Hungarian, Russian and Polish Jews to the town cemetery for proper burial. 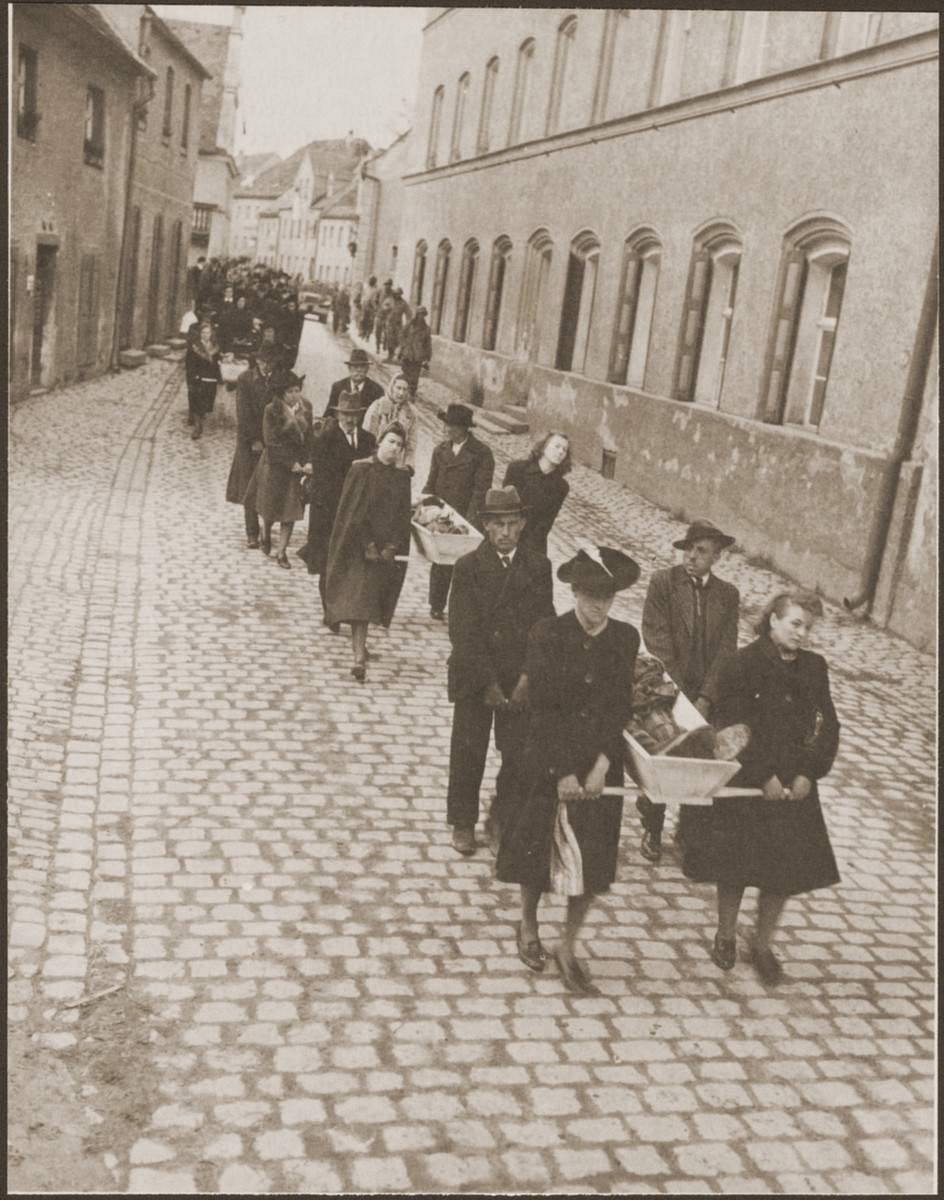 Under the supervision of American soldiers, German civilians from Neunburg vorm Wald carry wooden coffins containing the bodies of Hungarian, Russian and Polish Jews to the town cemetery for proper burial.

The victims were found in the woods near the town where they were shot by the SS while on a death march from Flossenbuerg.

Original caption reads, "Civilians of the city of Nurnburg at the task of carrying the bodies of the slave laborers over the mile and a half stretch to the burial grounds." [sic]

Original Signal Corps caption reads, "NEUNBURG ATROCITY VICTIMS BURIED. On orders of Third U.S. Army officers, German civilians gave a decent burial to 120 Neunburg concentration camp inmates who were murdered by German SS troops in a wooded area one mile from the City of Neunburg before the town was taken by advancing Third Army soldiers. The victims, Polish and Russian slave laborers, were murdered in several different ways, the most common being by a skull-crushing blow from a blunt instrument. Some were also shot in the head. Some of the prisoners were originally from Weimar and several other concentration camps. Before the atrocity was carried out, German civilians of Neunburg said SS troops ordered citizens of the town into their homes and threatened them with death if they ventured out. After the Americans took over the area and discovered the crime, they ordered the civilians to carry the corpses from the woodland shooting site into the city for burial in a cemetery.

THIS PHOTO SHOWS: German women and men of Neunburg bear the bodies of the victims from the death site to burial in the town cemetery. U.S. Signal Corps Photo ETO-HQ-45-34602.
SERVICED BY LONDON OWI TO ILST B
CERTIFIED AS PASSED BY SHAEF CENSOR