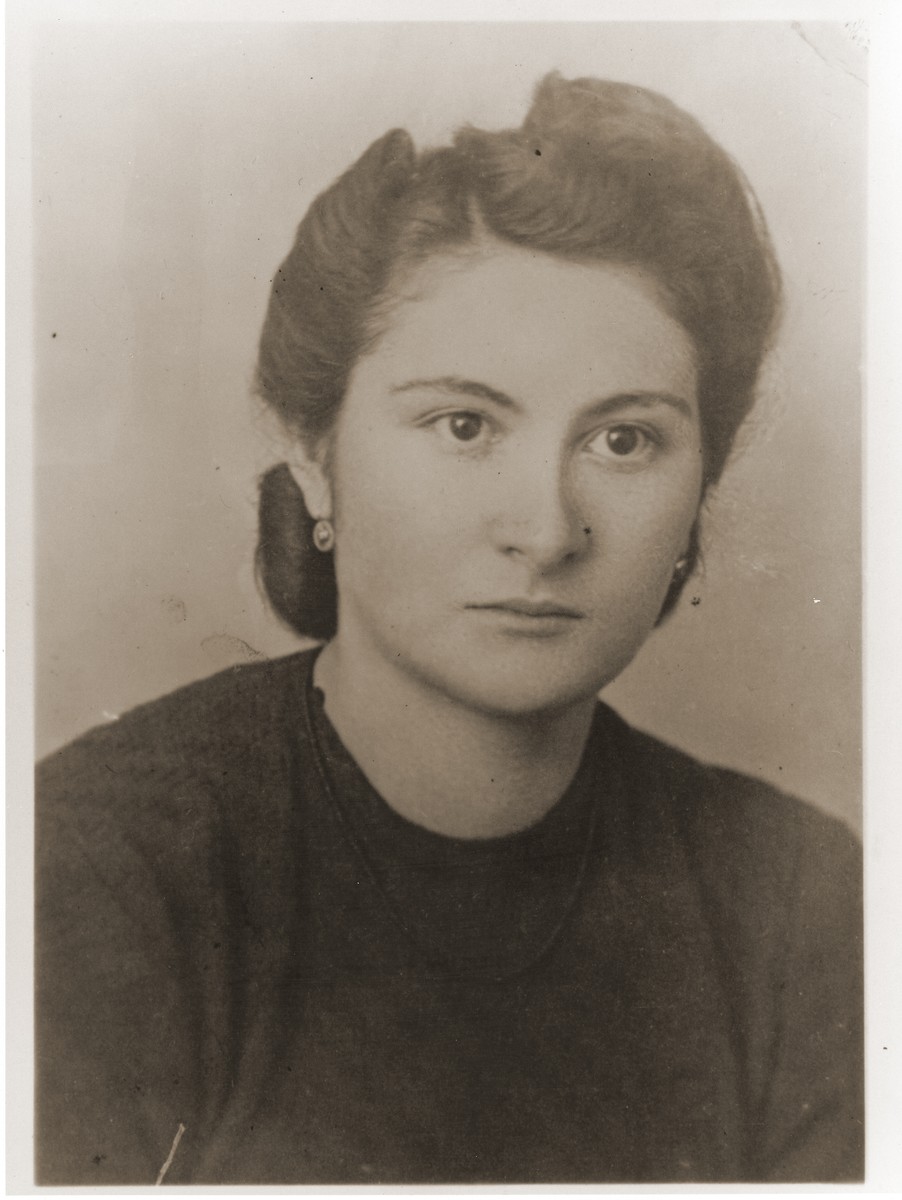 Biography
Amalie Robinson (born Amalie Reichman) was born August 30, 1923 in Bielsko Biala, Poland. She was deported on June 29, 1942 to Sosnowiec, and from there to a series of labor camps, including Bolkenhain, Landeshut, Mattesdorf, and Gruenberg. When Gruenberg was evacuated on January 29, Amalie was put on a forced march to Helmbrechts. Soon after her arrival, she was put on a second forced march that ended in Volary, where she was liberated by units of the 5th Division, U.S. Third Army.