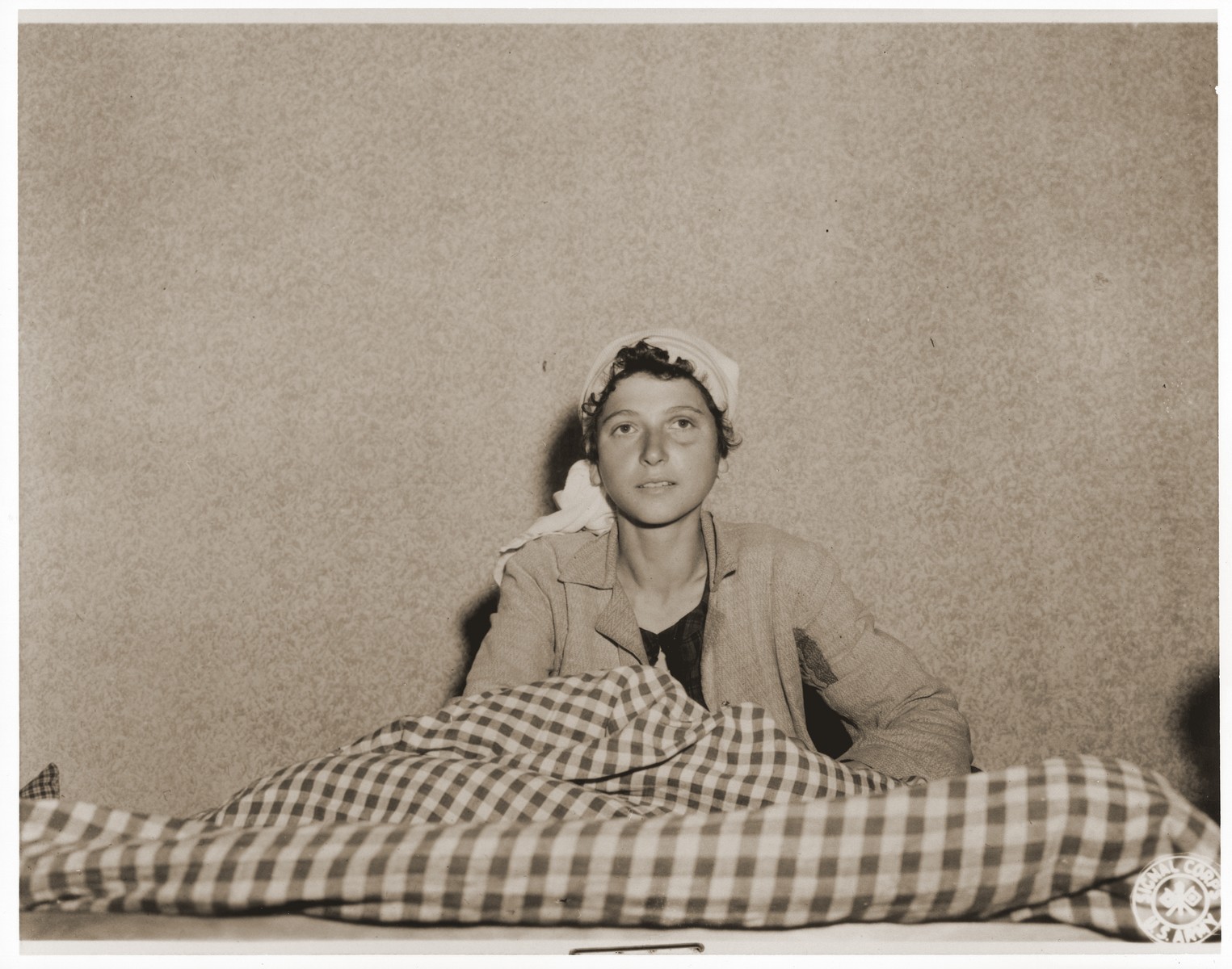 https://www.ushmm.org/wlc/en/article.php?ModuleId=10005162.
Biography
Gizal Warum, from Groswadaien, Hungary, was deported to Auschwitz in June 1944. Five months later, she was transferred to Puerschkau (also known as Schlesiersee), a sub-camp of Gross Rosen, where she stayed until January 1945. When the camp was evacuated, Gizal was taken to Gruenberg, another sub-camp of Gross Rosen. From Gruenberg she was put on a forced march to Helmbrechts, a sub-camp of Flossenbuerg. Soon after her arrival, she was put on a second forced march that ended in Volary, where she was liberated by units of the 5th Division, U.S. Third Army. Gizal recalled being struck in the eye by an SS man during the last part of the march for leaving the line to fetch bread offered to her by civilians in Taus, Czechoslovakia.