Major Frank Ankner with the 5th Infantry Division, Medical Battalion, takes the pulse of a female Jewish survivor of a death march at an American military field hospital in Volary, Czechoslovakia. 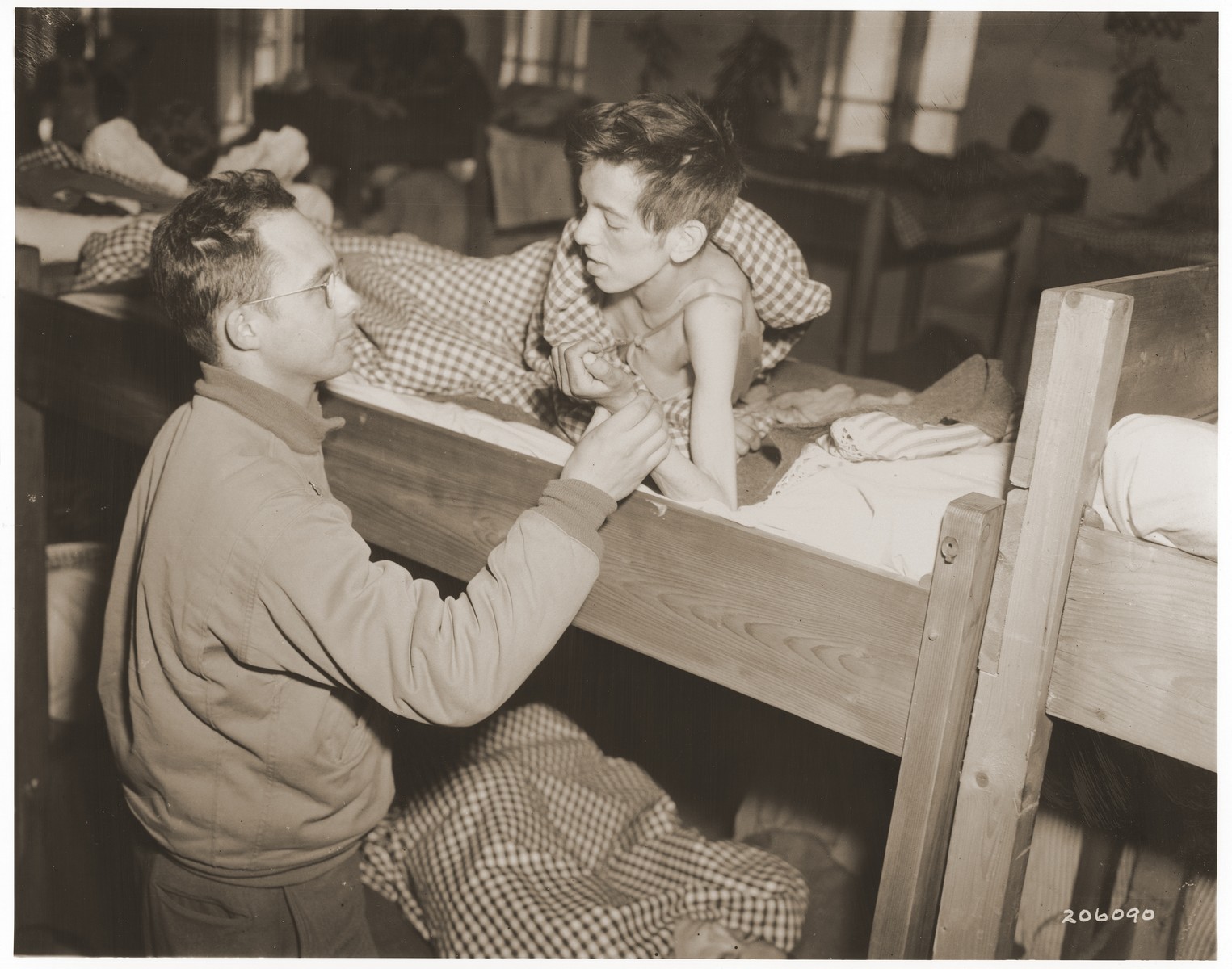 Major Frank Ankner with the 5th Infantry Division, Medical Battalion, takes the pulse of a female Jewish survivor of a death march at an American military field hospital in Volary, Czechoslovakia.

The woman joined the Helmbrechts death march in Asch and was liberated in Volary.