Group portrait of members of the British mandate police force in Haifa. 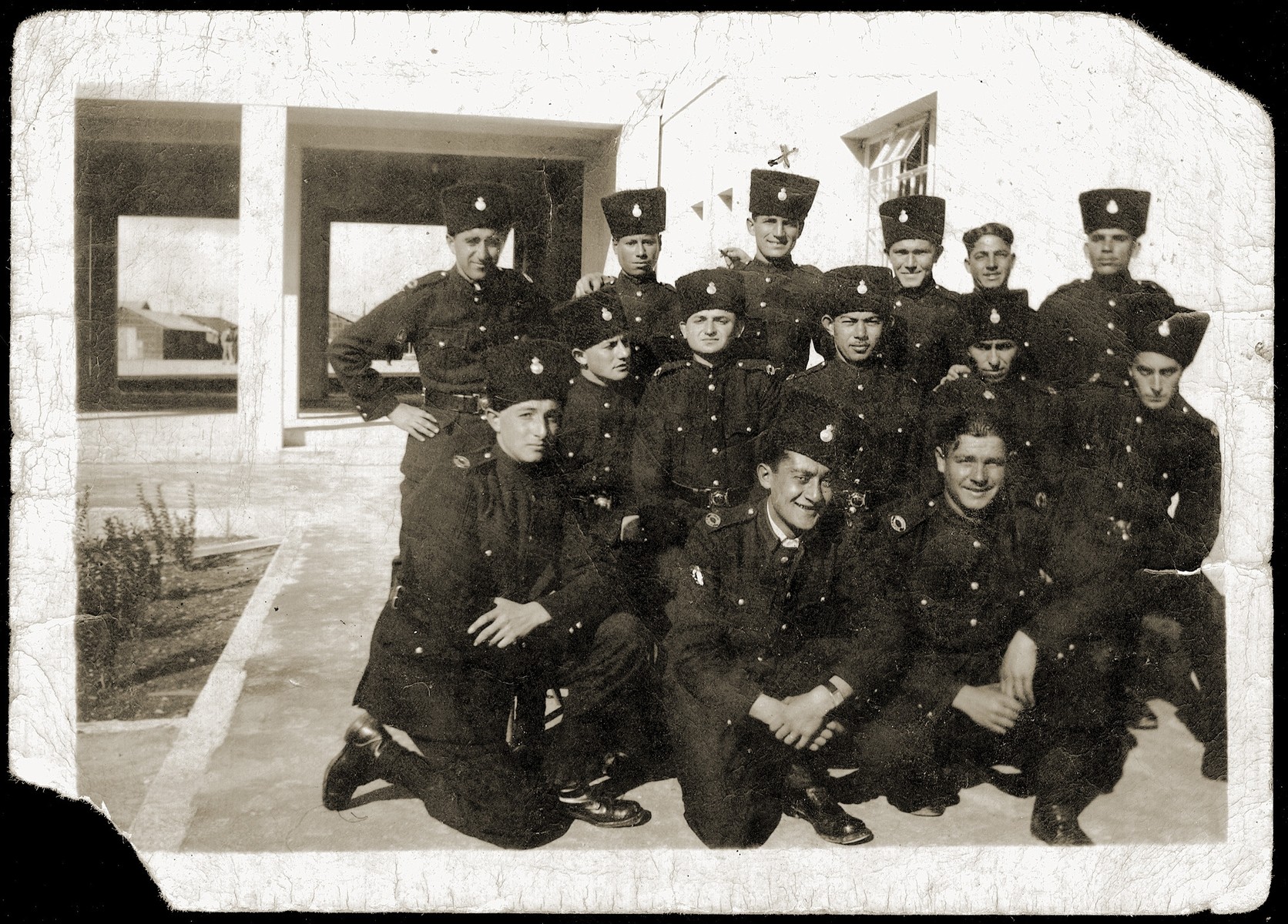 Group portrait of members of the British mandate police force in Haifa.

Among those pictured is Mordechai Schwarcz.

Biography
Mordechai Schwarcz is the son of Jeno and Laura Schwarcz of Komarno, Czechoslovakia. Born in 1914, Mordechai was one of fourteen children. Like many Jews in southern Slovakia, his father was a gentleman farmer. The family spent their summers on the farm and lived in town the rest of the year. Though they were orthodox Jews, the Schwarcz' spoke only Hungarian and German. While attending school in Bratislava Mordechai joined a kibbutz hachashara [Zionist collective]. In 1933 after completing his schooling and working for a time in the family business, Mordechai immigrated to Palestine, against the wishes of his parents. There he worked in various agricultural and construction jobs and joined the Hagana. After the outbreak of the Arab riots in 1936, Mordechai answered the Yishuv's call to enlist in the British Mandate police force. He served for a period in Haifa before being transferred to Athlit, together with an Arab policeman, to guard the summer residence of the British High Commissioner in August 1937. According to later trial testimony, the Arab policeman, who was Mordechai's tent mate in Athlit, was a strident Arab nationalist who rejoiced at the news of Jews being killed by Arabs during the disturbances of the late summer. On September 2, 1937 Mordechai learned of the violent death at the hands of Arabs of two friends whom he had known since his days in the kibbutz in Bratislava. Distraught by the news, Mordechai went back to his tent and killed the Arab policeman while he slept. Mordechai was arrested three days later and subsequently tried before a British court which sentenced him to death. Widespread efforts to have his sentence commuted were rejected, and Mordechai was hanged in Acre prison on August 16, 1938.