Mug shot of Antanas Impulevicius, taken after his arrest by the NKVD in Kovno for his involvement with the Lithuanian militia. 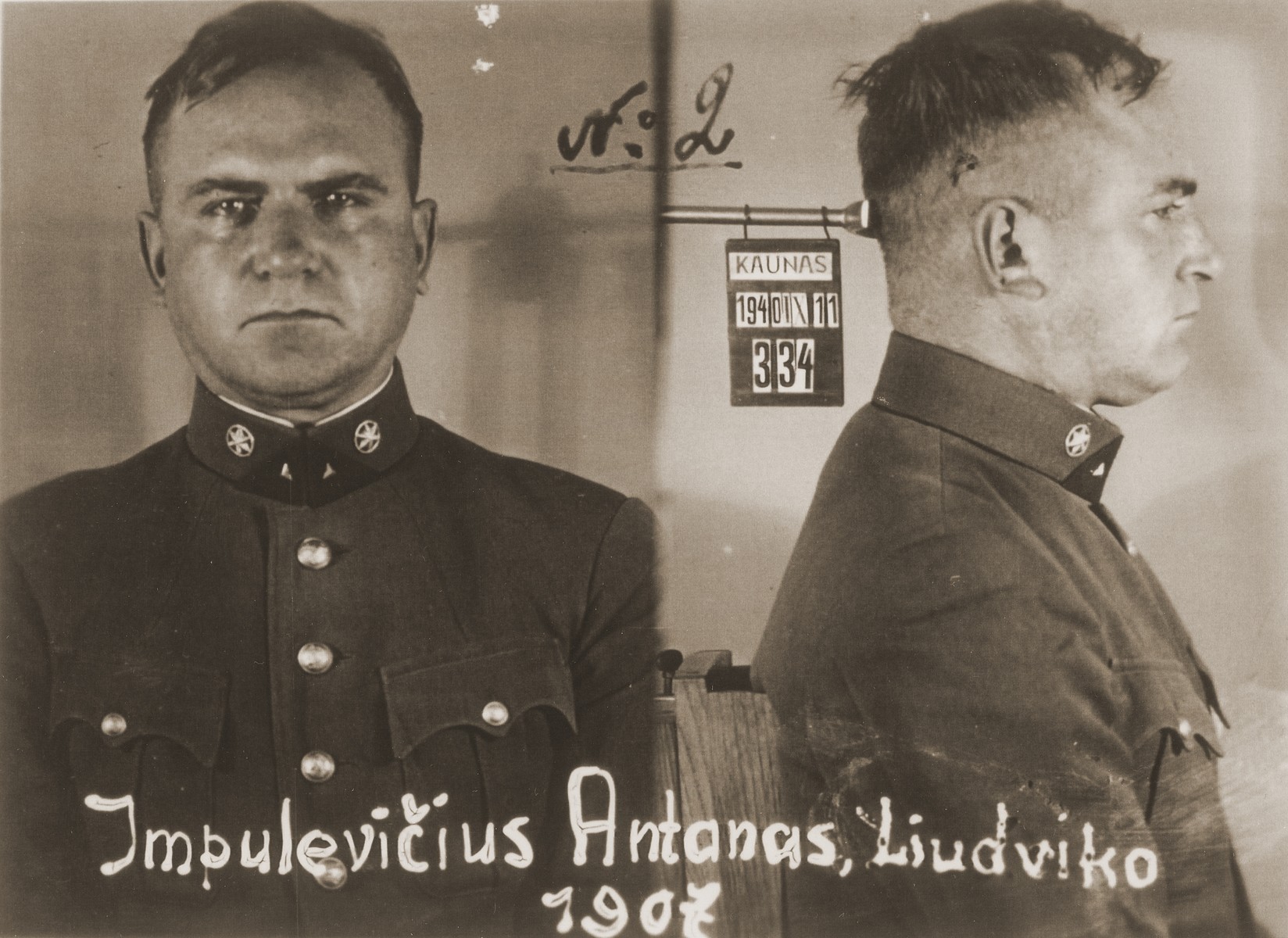 Mug shot of Antanas Impulevicius, taken after his arrest by the NKVD in Kovno for his involvement with the Lithuanian militia.

Biography
Antanas Impulevicius (1907-1984) was the commander of the Lithuanian 12th auxiliary police batallion. He organized and carried out the mass executions of the Jews from Kovno that took place between June and October, 1941. Subsequently, his batallion was sent to Belorussia, where they took part in actions against the Jewish population of Minsk, Kletzk, Rowne, et al. After the war Impulevicius emigrated to the United States and settled in Illinois. In the mid 1980s he was a target of investigation by the Office of Special Investigation, but he died before his case came to trial.