Group portrait of members of a Jewish family in the yard of their home in Volovec. 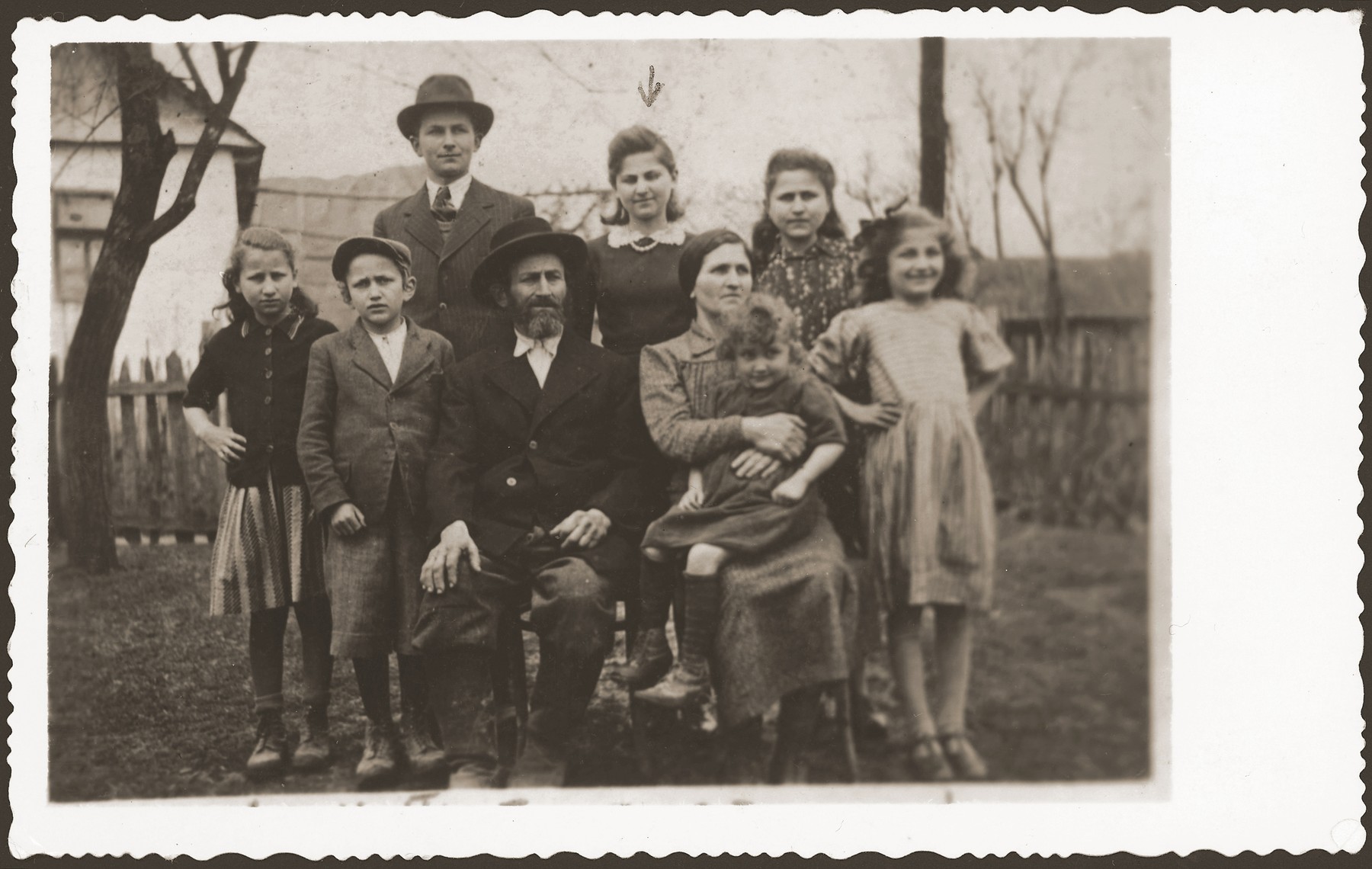 Group portrait of members of a Jewish family in the yard of their home in Volovec.

Pictured are members of the Kreisman family. Frida Kreisman is in the back row, center.

Biography
Frida Kreisman was born and raised in Volovec, Czechoslovakia. During the war she lived in Munkacs, before being deported to Auschwitz in the spring of 1944. When the camp was evacuated in January 1945, Frida was sent on a forced march to Germany. She was ultimately liberated in Bergen-Belsen.