The ruins of Michniow after its "pacification" by the 1st Motorized Police Battalion. 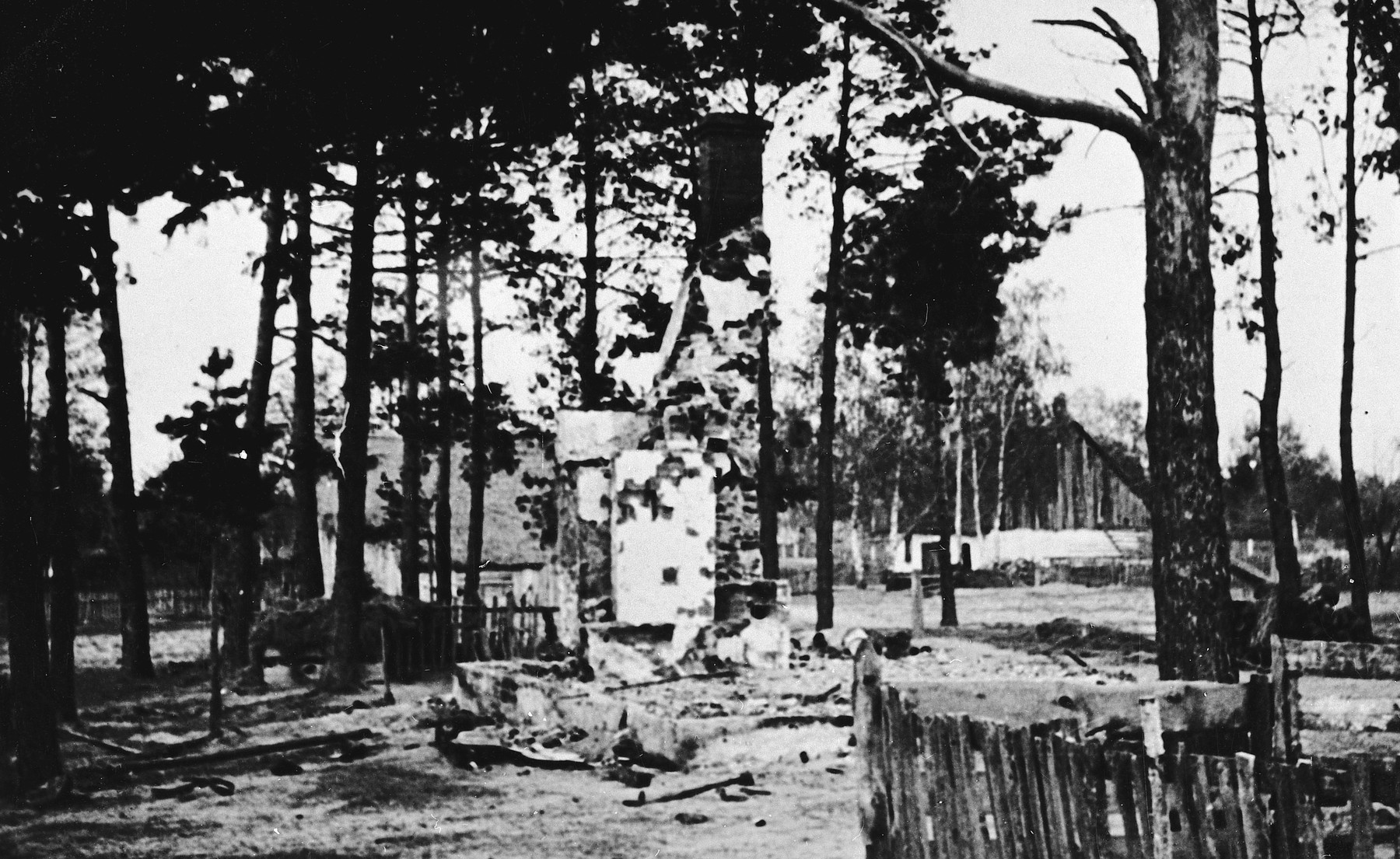 The ruins of Michniow after its "pacification" by the 1st Motorized Police Battalion.

Event History
Due to the dense forests in the area, the village of Michniow was a center of Polish resistance activity from very early in the war. The first units of the Polish Home Army (Armia Krajowa - AK) were formed in this region in 1940 and the AK even maintained a command post in Michniow. On 2 July 1943, the AK attacked a train in the area as part of a wider operation. This prompted a brutal response from German authorities in Kielce, which decided to "pacify" the vicinity, including Michniow. The 1st Motorized Police Battalion, and various other SS forces that were detailed under the command of Gerulf Meyer to carry out this operation, arrived in Michniow on 12 July 1943. After surrounding the village, all the houses were searched and 150 of Michniow's male inhabitants were herded into a barn, which was then burned. In reprisal the next morning, 13 July 1943, the AK attacked a train bound for Warsaw, scribbling "for Michniow" onto one of the wrecked cars. Later the same day, the 1st Motorized returned to Michniow and decimated the town, destroying a total of 68 farms and homes and killing from 203 to 265 people, including 52 women and 47 children.