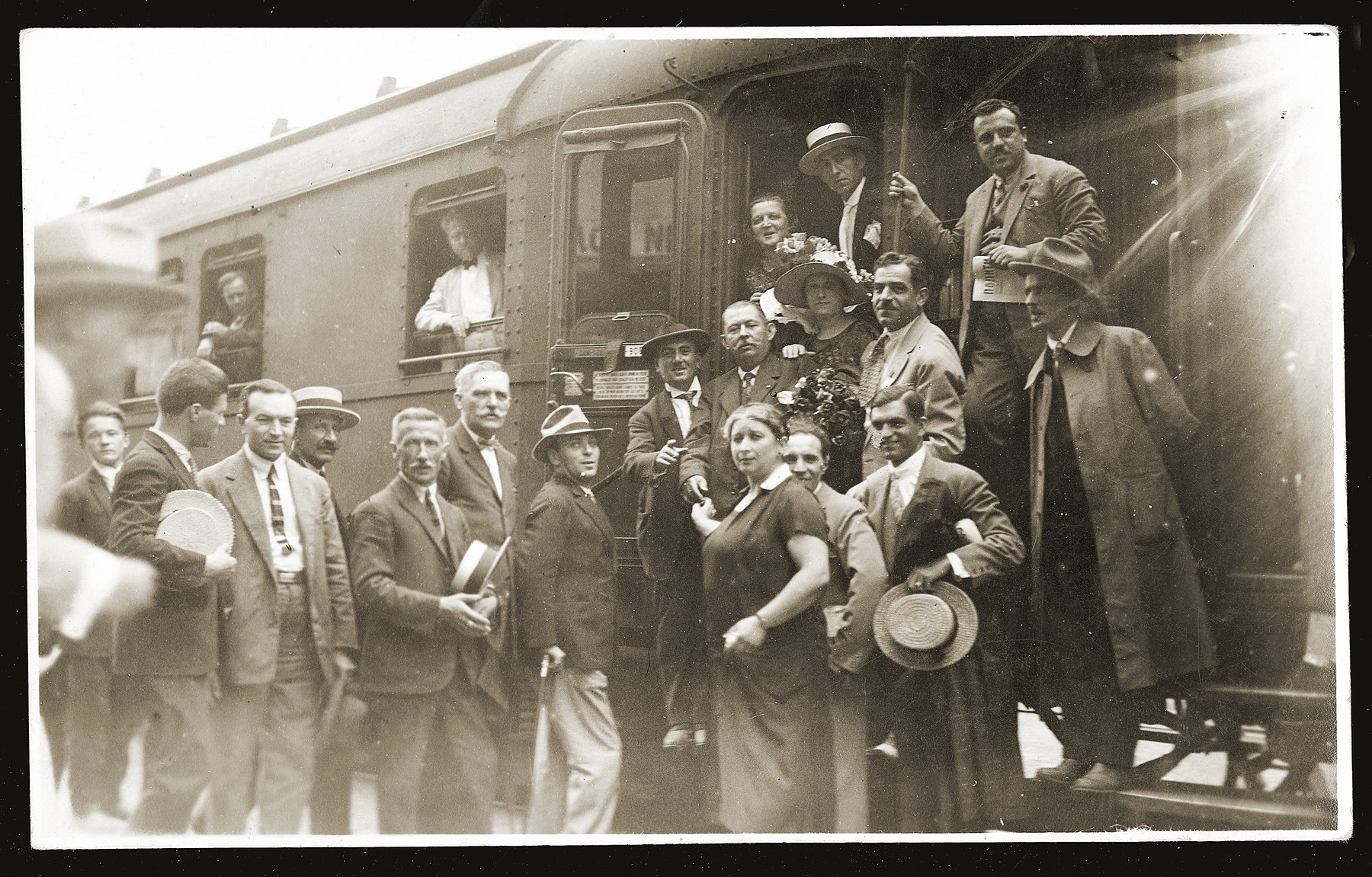 Gavra Konfino, the chairman of the photographers' union is standing in the second row, second from right.