An identification tag issued to Gina Tabaczynska, when she was detained with other employees of the Schultz & Co. factory in the Warsaw ghetto in the summer of 1942. Those who held these numbers were presumed to be exempt from deportation. 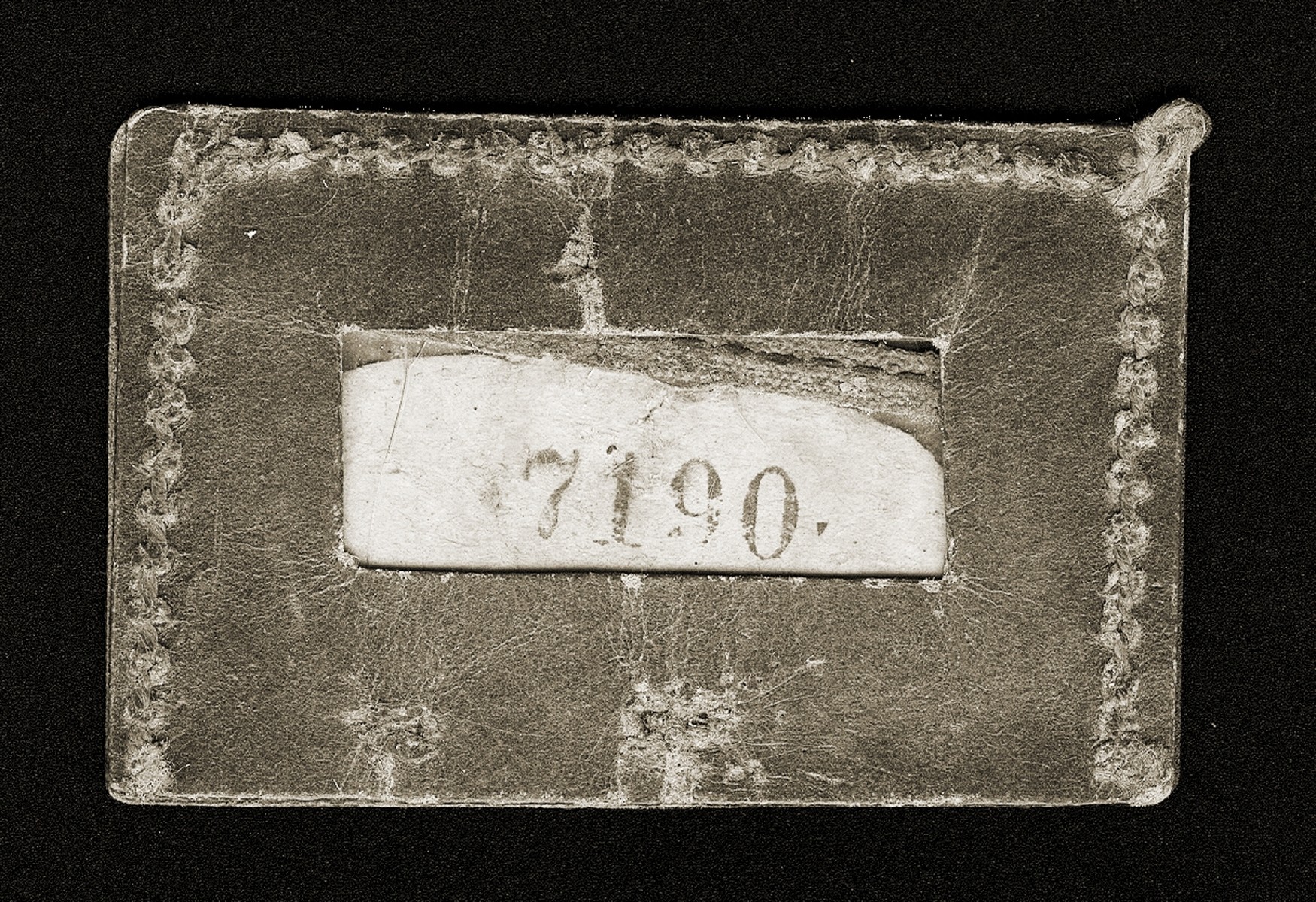 An identification tag issued to Gina Tabaczynska, when she was detained with other employees of the Schultz & Co. factory in the Warsaw ghetto in the summer of 1942. Those who held these numbers were presumed to be exempt from deportation.

Event History
Schultz & Co., GmbH was a private, wholesale fur and fur apparel manufacturing company in Danzig owned by Fritz Emil Schultz. In the fall of 1940, after Schultz reached an agreement with the German High Command, the company was designated an official war production firm and authorized to open an operation to produce winter clothing for the German army. Schultz, who had longstanding business ties with members of the Warsaw Jewish community, selected the ghetto to be the site of his new operation. Ultimately, 16 official war production companies operated in the Warsaw ghetto, including W.C. Toebbens and Karl Georg Schultz & Co. (an unrelated company that manufactured knitted goods). Schultz & Co. opened its ghetto operation in September 1941, under the direction of Rudolf Neumann and other German managers sent from Danzig. Its headquarters was located on Nowolipie Street 44/46. Initially Schultz & Co. employed 150 Jewish workers, but its operations quickly expanded to include more than a dozen workshops and another dozen service operations manned by nearly 4,500 laborers at its peak in July 1942. Massive deportation actions to Treblinka in the late summer and fall of 1942 (July 22-September 21), however, decimated its workforce. Nevertheless, the firm continued to operate until February 1943, when the enterprise was transferred in stages to the Trawniki concentration camp. Schultz & Co. maintained its operations until the entire camp population was liquidated during Aktion Erntefest (the Harvest action) on November 3, 1943.

One image from the Schultz & Co. (Warsaw ghetto) presentation album prepared by the firm's German manager, Rudolf Neumann. The album was probably produced in 1942, before the start of the mass deportation action on July 22. Its likely purpose was to illustrate to the Nazi authorities the high level of productivity of the firm's many workshops and facilities in an attempt to forestall their closure and the deportation of their workers. The album was preserved by Rudolf Neumann's widow, Helga Neumann-Jung.

https://encyclopedia.ushmm.org/content/en/article/trawniki.
Biography
Eugenia Shrut (born Gina Tabaczynska) is the daughter of Naftali and Rozalia (Szczecinska) Tabaczynska. She was born May 20, 1925 in Klodawa, Poland, where her father was a grain merchant. Gina had two older brothers, Pawel and Mietek. From 1936 until 1939 Gina lived with her uncle in Warsaw while she attended the Mirlasowej gymnasium. In November 1940 her family fled Klodawa and was later forced into the Warsaw ghetto. Gina was able to continue her education in an underground school in the ghetto. Along with several other students, she managed to complete the high school curriculum and pass a set of exams in 1942. Gina, her parents and her brother, Pawel, worked in the business office of the Schultz Firma, and so were protected from deportation through the winter of 1943. However, during the ghetto uprising, which began in April, Gina's entire family was killed or deported. Mietek died in the revolt. Pawel, who had returned to Warsaw after having fled to the Soviet Union at the beginning of the war, was deported with his wife, Bela, to the Poniatowa labor camp. Gina's parents were deported and murdered in the Trawniki concentration camp. During the first few weeks of the uprising Gina was concealed in a bunker built by her boyfriend, Boleslaw Szenfeld, on the grounds of the Schultz factory. She and 25 other Jews who were hiding in the bunker, were able to escape from the ghetto on April 30 after bribing a German soldier. Gina and eight other Jews found refuge in an apartment on the Aryan side of Warsaw. A Pole named Aleksander Pawlowski, lived with them and became their protector and provider. After a time, Gina was able to secure false papers. Posing as a Pole, she signed up to work in Germany in August 1944. Gina was assigned to the Brzeg labor camp near Wroclaw, where she worked with a crew repairing train tracks until the camp was liberated by the Soviets in February 1945. At the end of the war Gina returned to Poland, but remained there less than a year before moving to France in the spring of 1946. She lived in Paris until she was able to secure an American visa. In September 1947 Gina sailed aboard the SS Sobieski from Cannes to New York. The following year she married Marek Asz (the nephew of Yiddish writer, Sholem Asch) and settled in Boston. For a few years after her immigration she worked as an interpreter for HIAS [Hebrew Immigrant Aid Society]. Gina later married a second time, to a Polish-Jewish survivor named Jerzy Szrut (Shrut).