Group portrait of family and friends at the wedding of Hanka Rechtleben and Ignac Frank, the donor's maternal uncle. 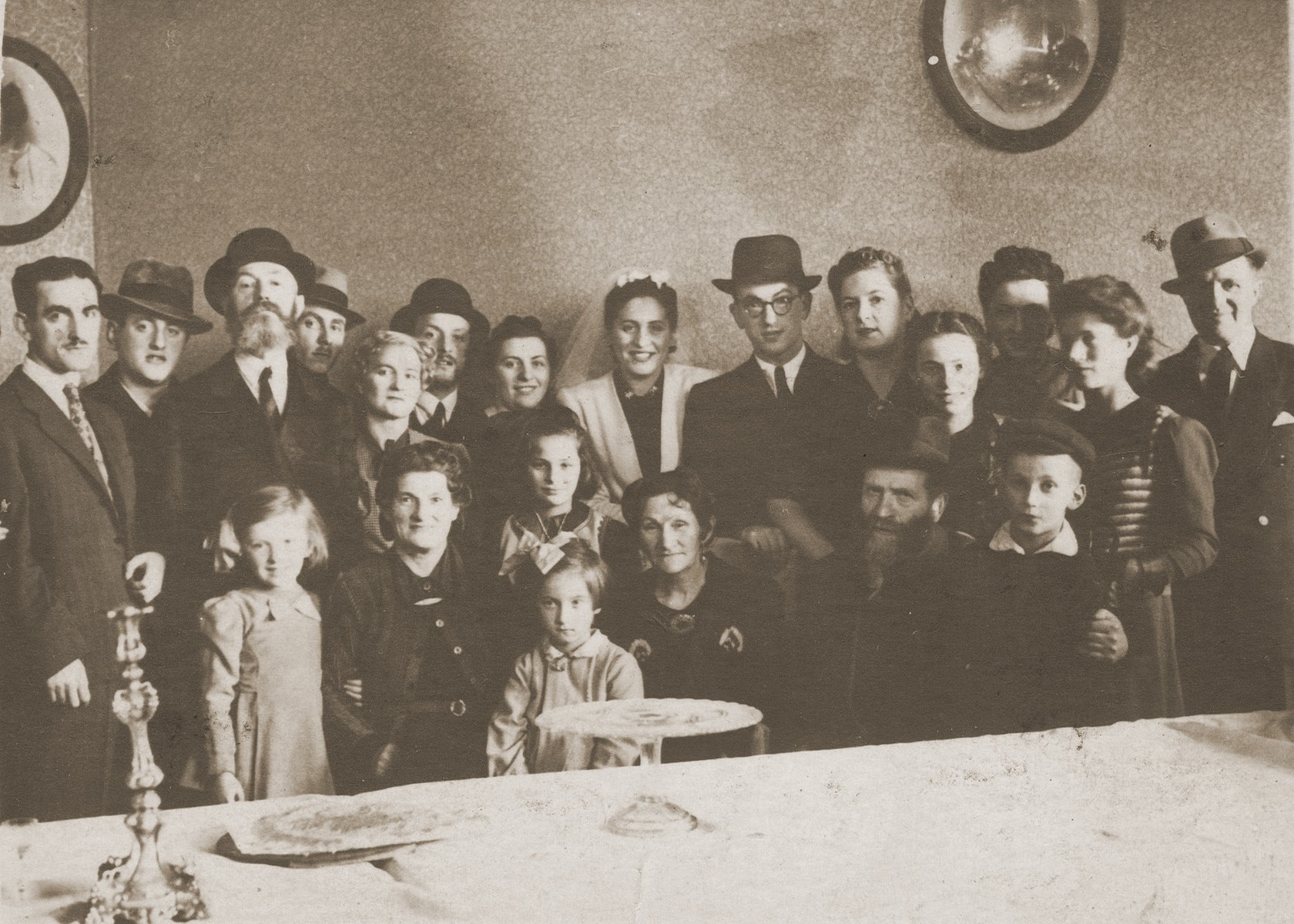 Group portrait of family and friends at the wedding of Hanka Rechtleben and Ignac Frank, the donor's maternal uncle.

Biography
Roma (or Ruchama) Rotsztajn is the daughter of Szmuel and Golda Lieba (Frank) Rotsztajn. She was born June 2, 1926, in Warsaw, Poland, where her father was a publisher and editor of a Jewish newspaper with strong ties to the Agudat Yisrael party. The family lived in Praga, in the northern part of Warsaw. Roma had three siblings: Reginka (b. 1928), Justynka (b. 1931), and Dawid (b. 1932). In 1939 Szmuel wanted to take the family out of Poland. When his wife refused, he traveled alone to Palestine via Bialystok and Vilna, arriving in 1941. In the fall of 1940 Golda Lieba and the children were forced into the Warsaw ghetto. In September 1942 the family received certificates permitting the family to immigrate to Palestine. At this time, the three younger children were deported to Treblinka, where they perished. Golda Lieba met the same fate in January 1943. Roma, her maternal grandfather, Naftali Frank, and his daughter, Hela Frank (b. 1921), went into hiding during the Warsaw ghetto uprising. They were deported to Majdanek on May 7, 1943. Naftali Frank was sent to the gas chambers, but Roma and Hela were selected for forced labor. Soon after the two women were transferred to Auschwitz, where Roma was given the number 48915, and Hela, 48632. They remained in Auschwitz until the camp was evacuated in January 1945. Ultimately they were taken to Bergen-Belsen. When the camp was liberated in April 1945, Roma and Hela remained there as displaced persons. Roma asked a British soldier to deliver a letter to her father, Szmuel Rotsztajn, in Palestine. When he received it, he made arrangements through Agudat Yisrael for Roma and Hela to go to Paris. They arrived in October 1945 and stayed in a hotel and a private apartment while awaiting permission to immigrate to Palestine. In April 1946, Roma sailed from Marseille to Haifa on board the SS Transylvania. Hela Frank followed several months later.