Copy of a birth and christening certificate secured on May 30, 1942 for an eight-month-old Jewish child, Denise Elbert. The document protected her from deportation when her parents were taken in June 1942. 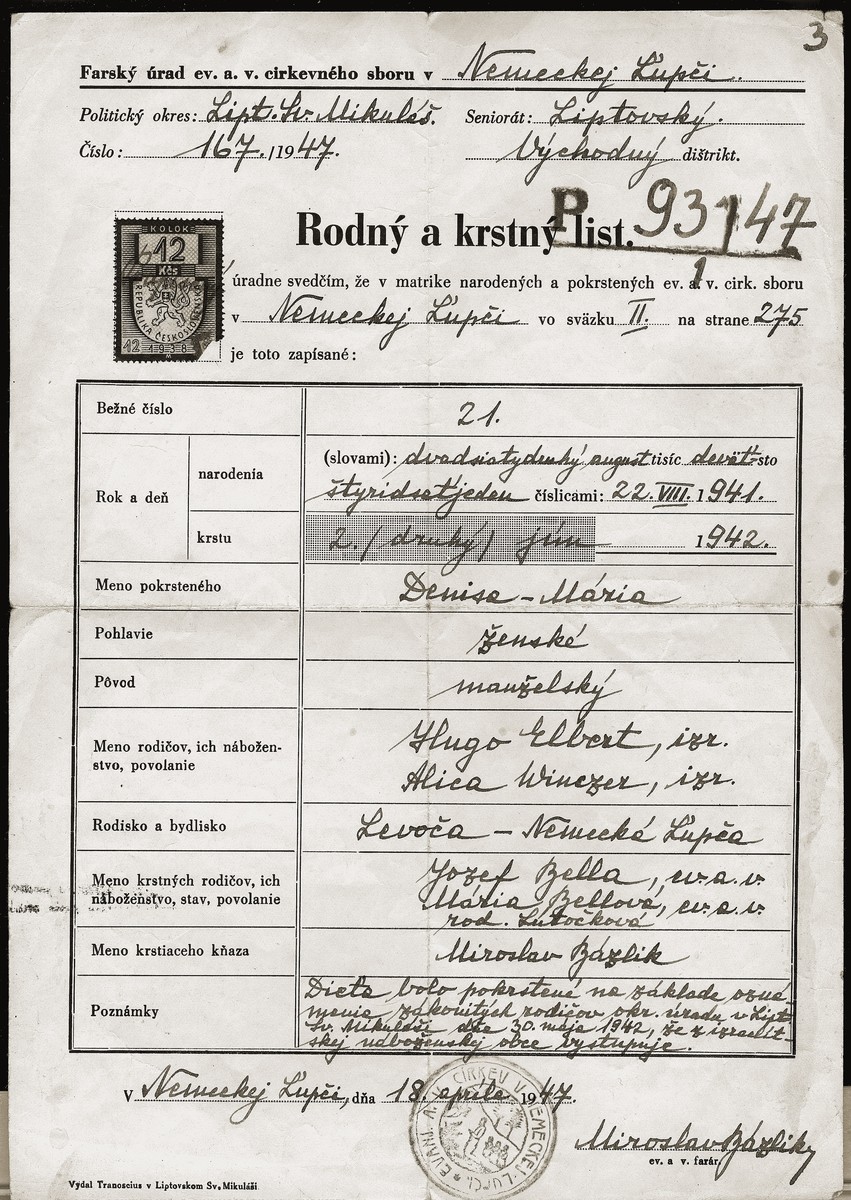 Copy of a birth and christening certificate secured on May 30, 1942 for an eight-month-old Jewish child, Denise Elbert. The document protected her from deportation when her parents were taken in June 1942.

This is a copy of the document the family obtained in 1947 from the office of the Lutheran minister.