Damaged photograph of Dov Levin, a Jewish school boy in pre-war Kovno, that was preserved through the war by a friend in the sole of her shoe. 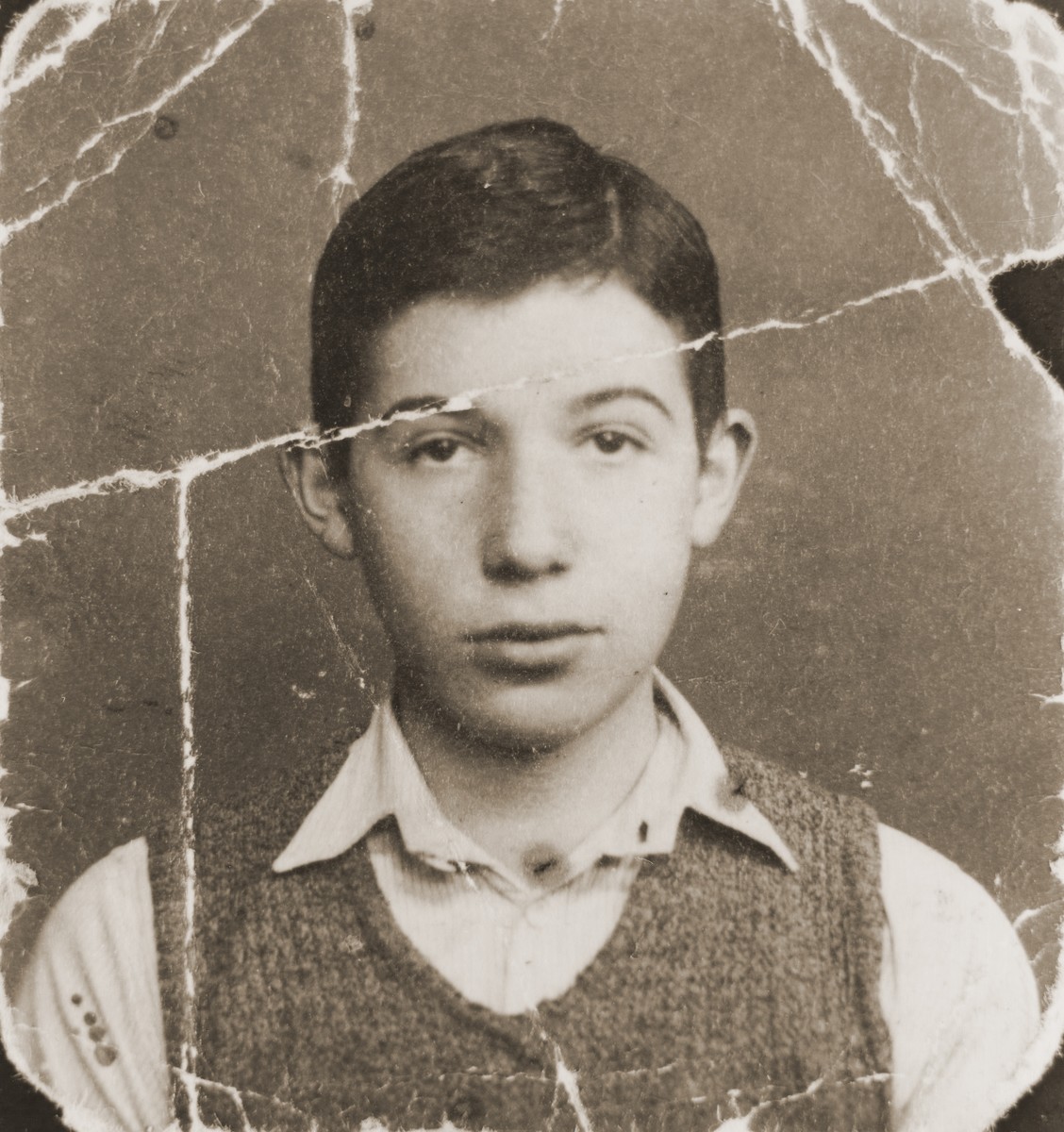 Damaged photograph of Dov Levin, a Jewish school boy in pre-war Kovno, that was preserved through the war by a friend in the sole of her shoe.

Dov Levin gave this photograph to his girlfriend, Rifkale (Rose Kurland), as a keepsake before leaving the Kovno ghetto to join partisans in the Rudninkai Forest. Rifkale hid the photograph in the sole of her shoe and kept it with her through her deportation from the ghetto and incarceration in the Stutthof concentration camp. Dov and Rifkale were reunited in 1984 when she returned the photo to him.

Biography
Dov Levin and his twin sister, Basia, are the children of Zvi-Hirsch and Bluma (Wigoder) Levin. They were born January 27, 1925 in Kovno, Lithuania. They were educated at the Hebrew Shwabbes gymnasium, and Dov was a member of the Hashomer Hatzair Zionist youth movement. After the Soviets assumed control of Lithuania in 1940, all Zionist activities went underground, and the Shwabbes school was shut down and replaced by the Yiddish speaking Shalom Aleichem high school. Following the German invasion of Lithuania, the family was forced to relocate to the Kovno ghetto in August 1941. In early October of that year, Dov's uncle Moshe was killed at the Ninth Fort following the "Small Ghetto Action." Shortly afterward, during the "Great Action" of October 28, 1941, his grandfather, Rabbi Dovid Levin, was among the 9,200 killed. Dov joined a resistance group, made up of friends from Hashomer Hatzair, that was affiliated with the ghetto underground. They combined the study of Zionism with learning how to handle weapons. On October 26, 1943, the day of the mass deportation to Estonia, the underground sent Dov into hiding in one of the bunkers in the ghetto. On the way to the bunker he passed his house at 56 Linkuvos Street and saw a Jewish policeman rounding up his family. His mother gave him a glance to indicate he should get away. This was the last he saw of his parents and sister. Zvi-Hirsh died in Estonia, and Bluma and Basia died of disease at the Stutthof concentration camp. After his family's deportation, Dov lived with friends from the Hashomer Hatzair movement in a kibbutz at Mildos 7 until he escaped to join the partisans in the Rudninkai Forest. He joined the unit called "Death to the Occupiers." Following the liberation of Kovno, Dov returned briefly to see the site of the former ghetto and then joined the Bricha, the underground escape route to Palestine. He arrived in Palestine on October 23, 1945.