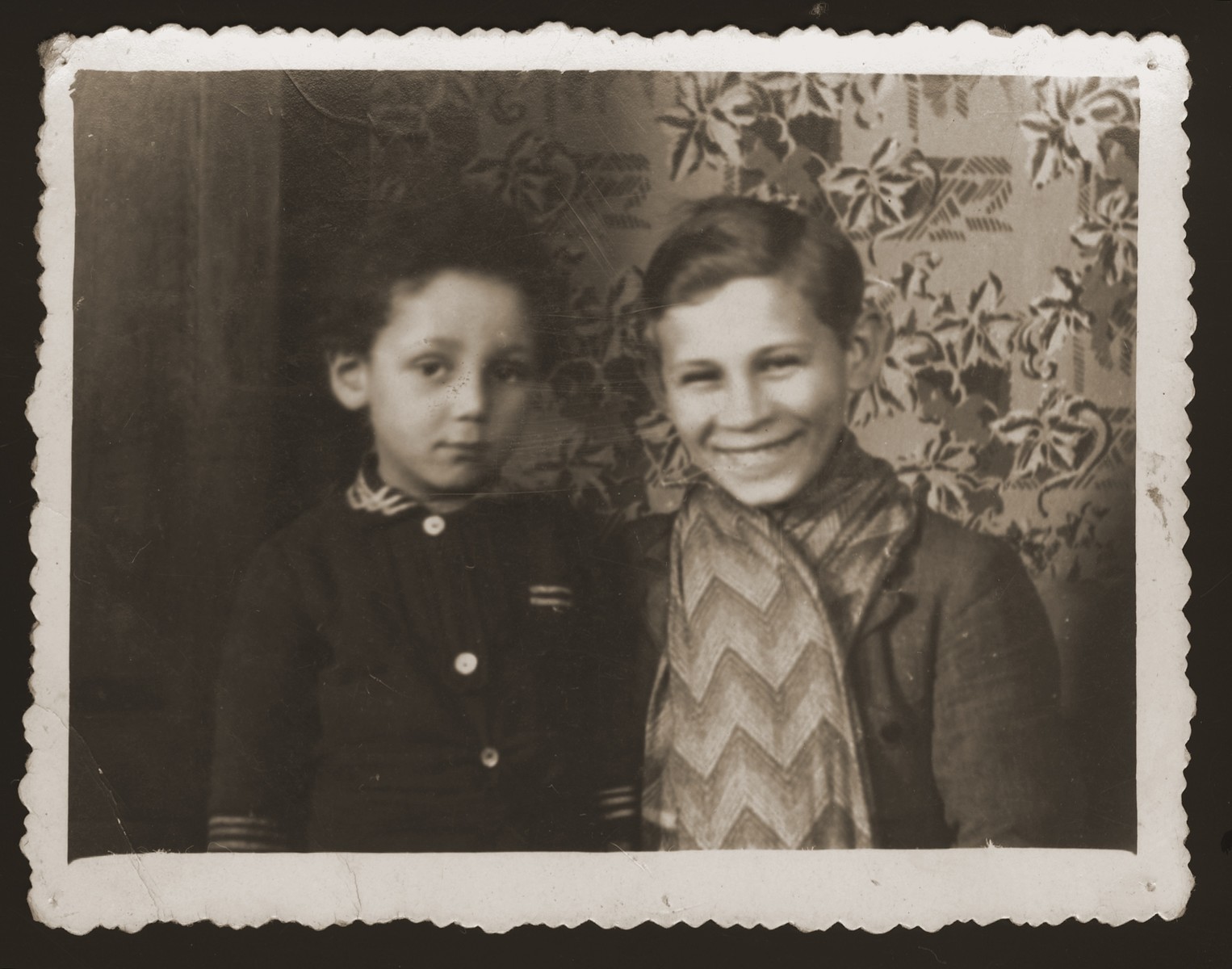 Pictured are Mojszale Nissenbaum (left) and ? Schumacher, cousins of Estera Ajzen, who were later killed in Chelmno.