Abram Lewin (right) poses with another officer in the Soviet Army. 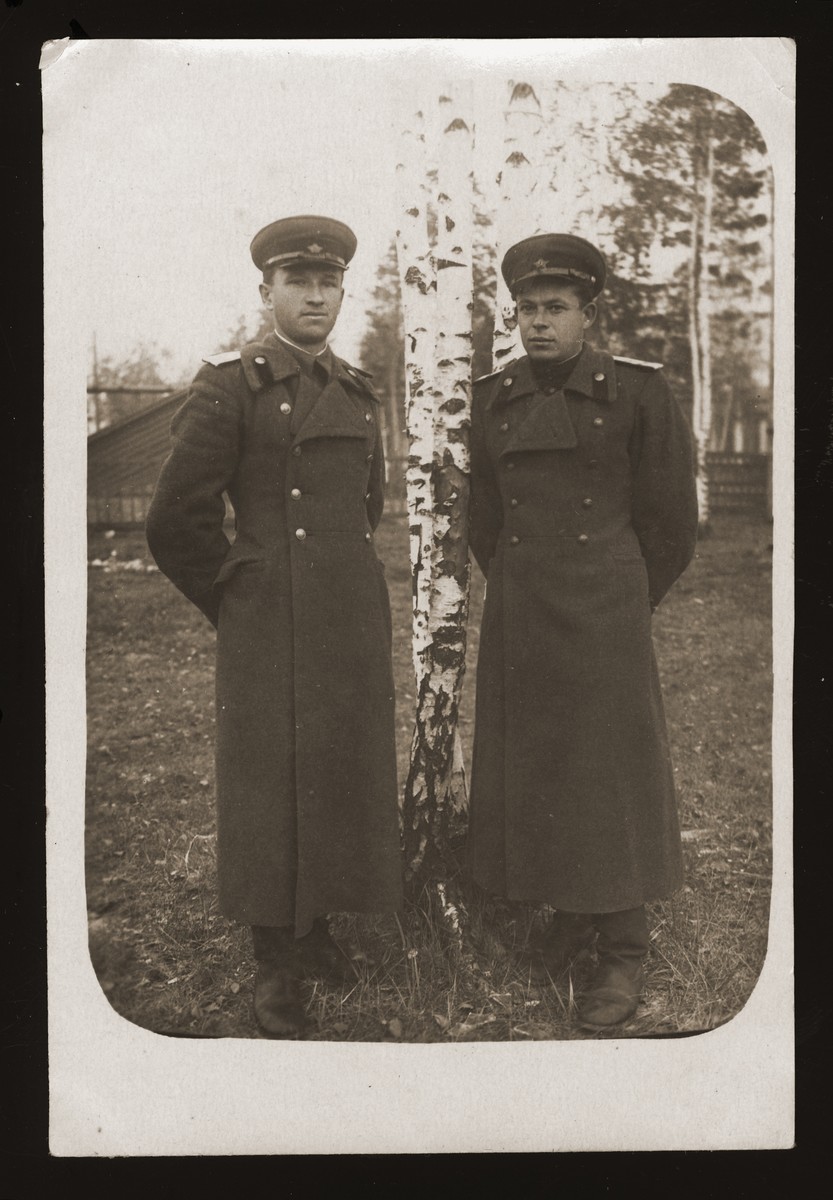 Abram Lewin (right) poses with another officer in the Soviet Army.

Biography
Abram Lewin was born in Derazhnya, Ukraine. He had two brothers, Yuri and Misha and a sister, Becky. During WWII he enlisted in the Red Army. For a time he was stationed in Gorky, where he served in a unit responsible for the acquisition of foreign military hardware under the command of Lt. Milovanov. There he met a young Jewish refugee from Chelm, Estera Ajzen, and the two were married February 8, 1944. Abram later participated in the Soviet liberation of Berlin in May 1945. After the war the couple settled in Poland, where they remained until immigrating to the United States in 1956.