Children liberated at Buchenwald are examined by medical personnel. 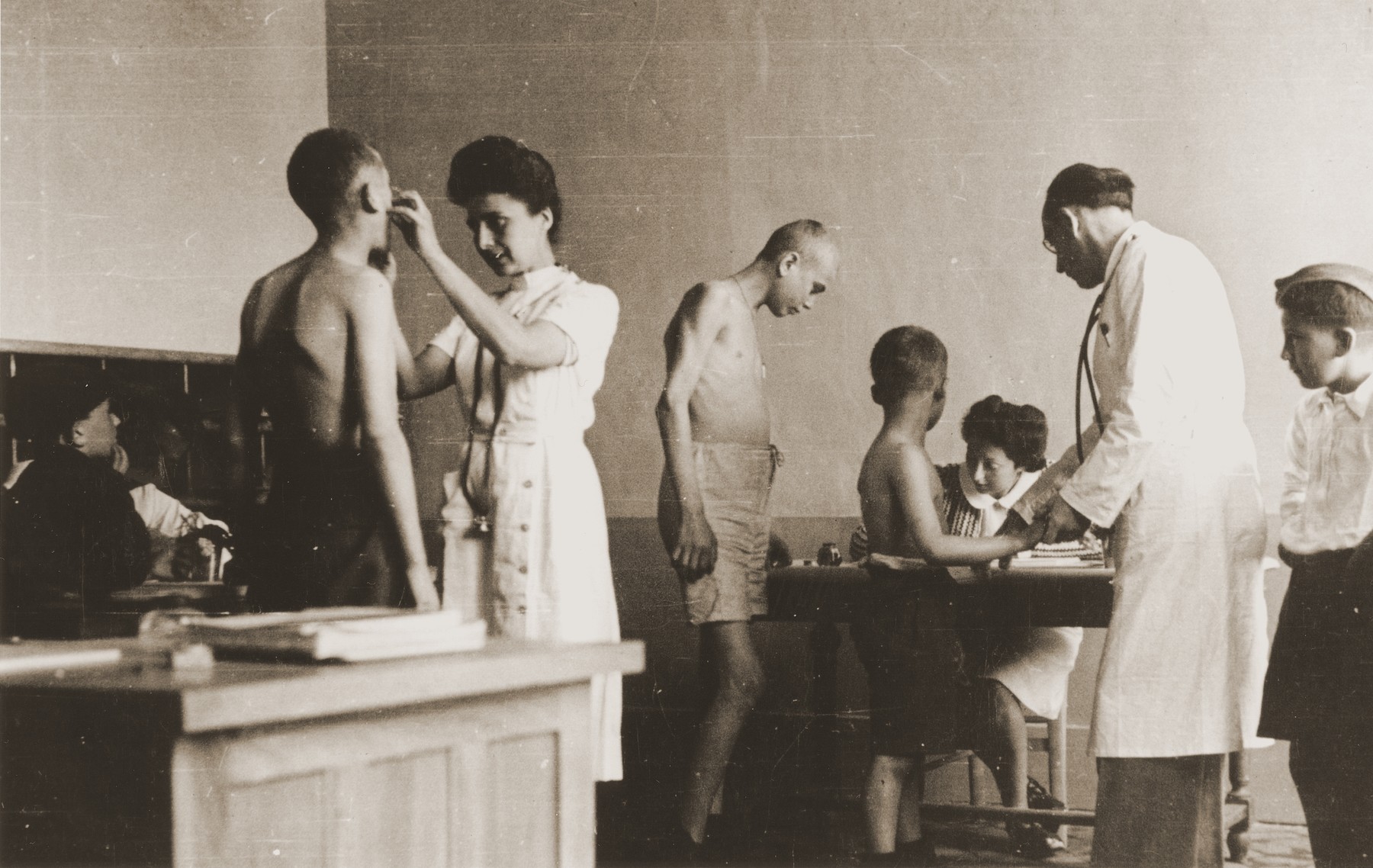 Children liberated at Buchenwald are examined by medical personnel.

Pictured on the far right is Salek Finkelstein.