Group portrait of Jewish children and their teachers in a Bedzin kindergarten. 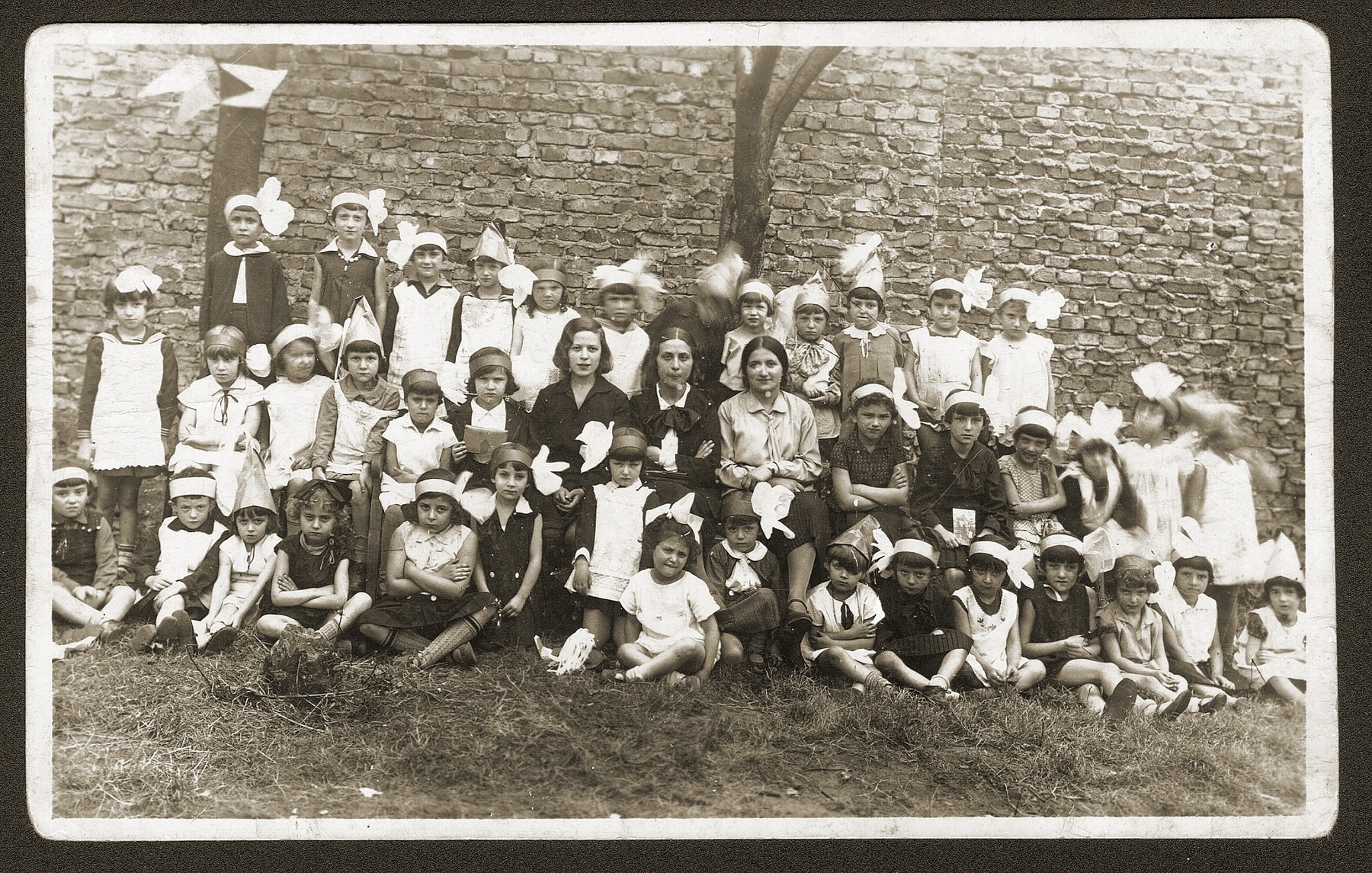 Group portrait of Jewish children and their teachers in a Bedzin kindergarten.

Among those pictured is Fela Fiszel (front row, second from the right).

Biography
Fela (Fejga) Fiszel is the daughter of Mosze and Sara Bajla Fiszel. She was born September 6, 1926 in Bedzin, Poland, where her father owned a wholesale business that sold oil and other goods. Fela had three siblings: Jakob (b. 1924), Szymon (b. 1928) and Kalman (b. 1930). Soon after the German invasion of Poland in September 1939, the family was forced to move into the designated area of the Bedzin ghetto. In December 1942, Fela was sent to the Sosnowiec transit camp. From there she was deported, first to the Blechhammer labor camp and later to the Schatzlar (Shaclau) labor camp near Trautenau, Czechoslovakia. She was liberated in the Schatzlar camp by units of the Red Army on May 8, 1945. Fela's parents and brothers were deported to Auschwitz in August 1943, where they all perished. After the war Fela went to live in a displaced persons camp in Stuttgart. There she met Natan Gipsman, a fellow Jewish survivor from Bedzin. They were married on March 29, 1947 in Munich. The couple lived in the Stuttgart displaced persons camp until their immigration to the U.S. in March 1949. Fela was the only member of her family to survive the war.