Members of the Levenheck family pose with friends at Bagasee Lake. 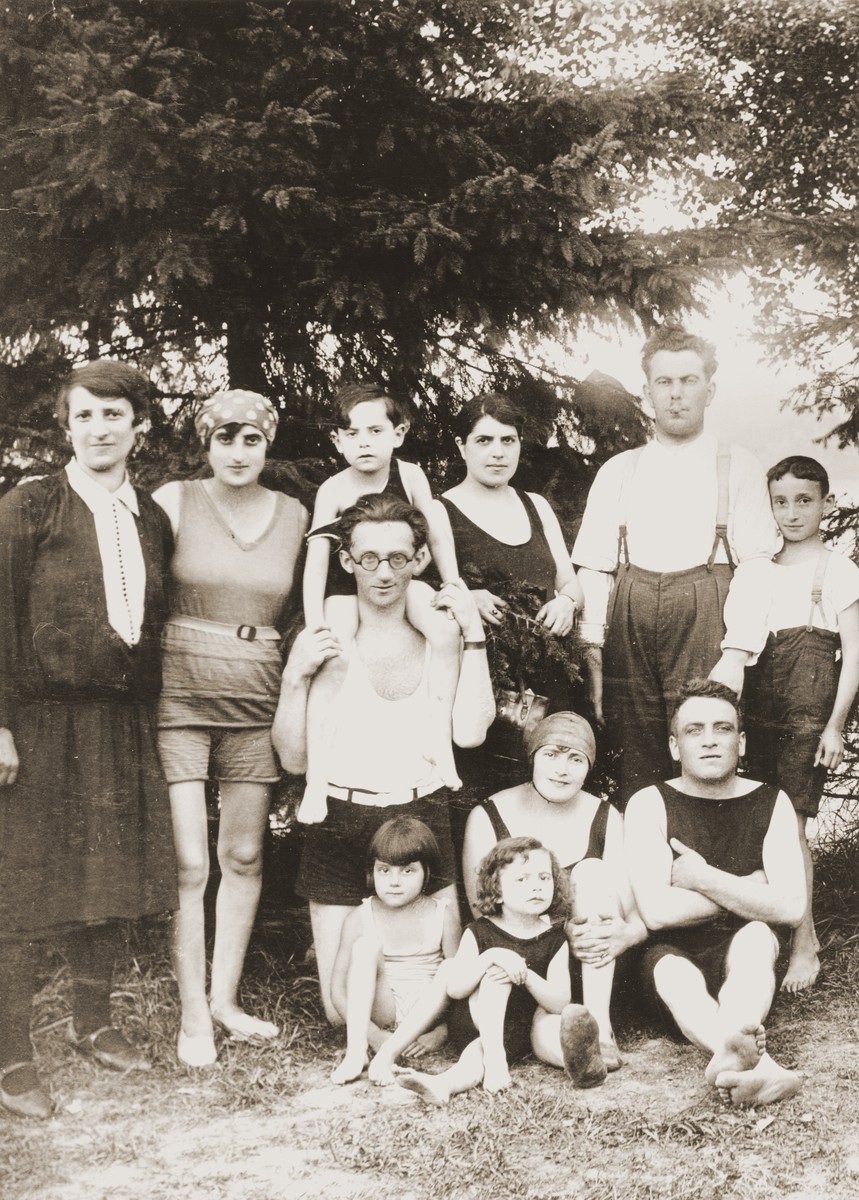 Members of the Levenheck family pose with friends at Bagasee Lake.

Among those pictured are Ephraim Levenheck (lower right) and Paul Levenheck (upper right).

Biography
Henri Levenheck is the son of Ephraim and Dora Levenheck. He was born on January 14, 1929 in Strasbourg, where his father was employed in a hat factory. Henri had two brothers, Paul (b. 1920) and Albert (b. 1927). On September 4, 1939, one day after France declared war on Germany, Strasbourg was evacuated and its residents sent to central France. The Levenhecks were sent to the Department of Indre in the French interior. In January 1941 the family (with the exception of Paul) was interned in the Rivesaltes camp. The following September, Albert and Henri were released and sent to live with their aunt in Grenoble. A few months later, Henri was put in a boarding school near Ponçin. In July 1942 Paul managed to secure his parents' release from Rivesaltes, and the entire family met in Moutiers, in the Italian occupied zone of France. For a year the Levenhecks remained together in Moutiers in a rented apartment until the Germans took over the former Italian zone in September 1943. While their parents stayed in Moutiers, Henri and his brothers went into hiding in different regions of France. Henri was sent to the Compagnons du France boarding school in Iseae, while Albert and Paul lived in the countryside in central France. In the meantime, Ephraim was caught in the German round-ups of Jews in the former Italian zone and deported to Auschwitz, where he perished. When the boarding school closed in June 1944, Henri joined his brothers, who were working as shepherds in the department of Indre. The three were liberated at Issoudun by members of the French resistance in September 1944. Two months later, Henri was located by the OSE and taken to a children's center in Lyons. From there he was transferred to four different children's homes: Collonges, Fontenay aux Roses, Champigny-sur-Marne and Le Vesinet, before rejoining Albert and his mother in Strasbourg in the fall of 1948. It was only in 1951 that the family finally located Paul. Henri left for Morocco the following year, returning to France in 1955. In Paris he met Frida Rosenstein. The couple married in May 1957 and immigrated to Canada one month later.