Ida Karnovski and her brother-in-law, Moshe Musel, read a letter from Pola (Karnovski) Musel (Ida's sister and Moshe's wife) in their room in the Kovno ghetto. 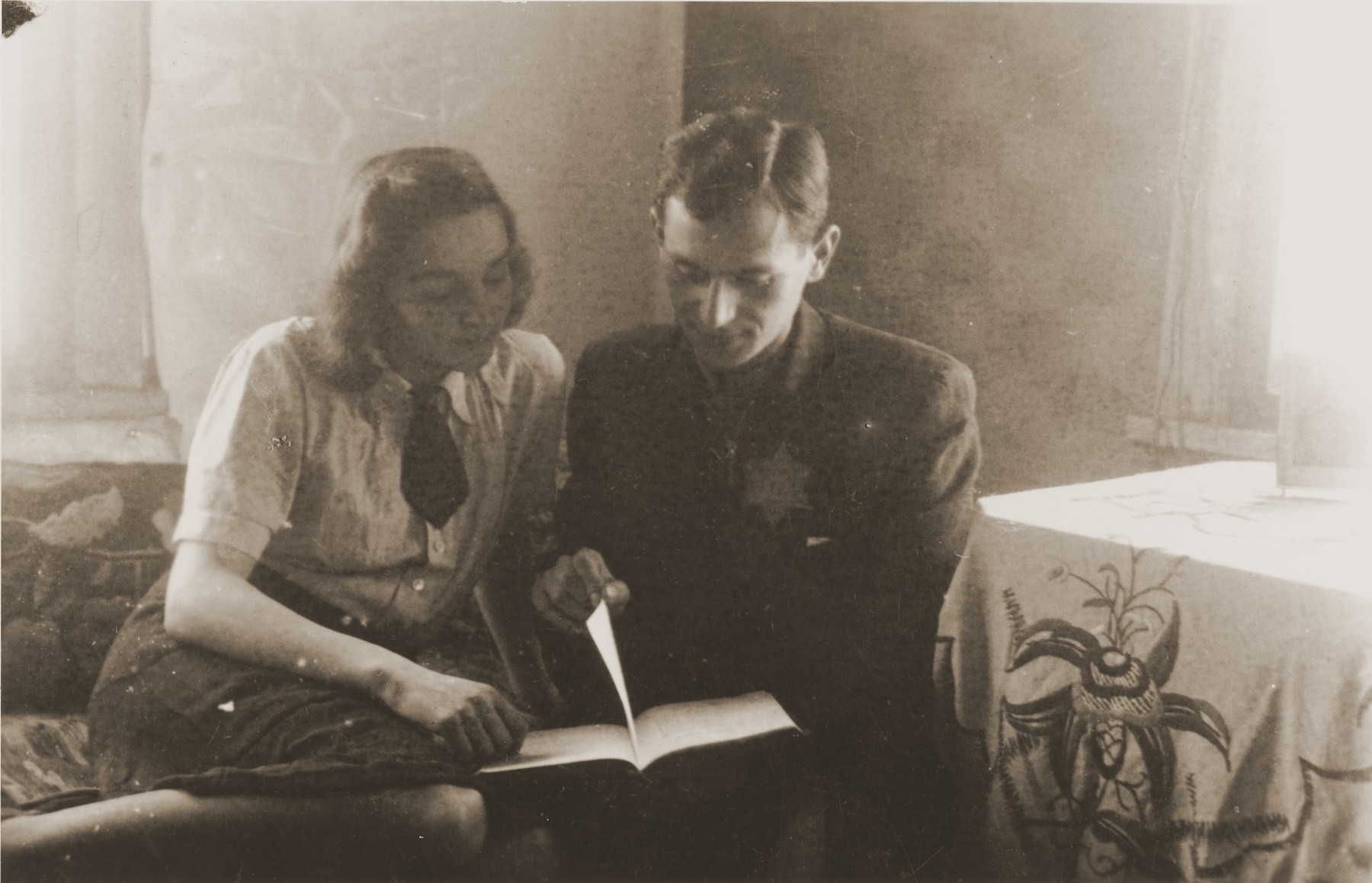 Ida Karnovski and her brother-in-law, Moshe Musel, read a letter from Pola (Karnovski) Musel (Ida's sister and Moshe's wife) in their room in the Kovno ghetto.

They received this letter one month after Pola escaped to the Aryan side. Her rescuer, Mikolas Simalis, brought letters back and forth until the ghetto was sealed more tightly in March, 1944. The photographer, David Ratner, was a friend and a member of the Communist underground.

Biography
Ida Karnovski was born in December 1926. The youngest of three sisters, she attended the Shalom Aleichem Yiddish school. During the war she lived in the ghetto with her sister Pola (Karnovski) Musel, her brother-in-law Moshe, mother, Meri Karnovski and aunt, Zoia Bershtanski in an apartment located at 10 Bajoru Street. She was killed at the age of eighteen, along with her mother and aunt, when the Germans set the ghetto on fire in July, 1944.

Moshe Musel was born in Saratova, USSR in 1921 after his family was relocated there following WWI. The family returned to Lithuania in 1921 and settled in the small town of Zarasai on the Latvian border. In 1937 Moshe came to Kovno to attend the university. There, he got a job as an accountant and married Pola Karnovski. During the German occupation he lived in the Kovno ghetto, where he was assigned work repairing German trucks. Moshe joined the Kovno ghetto underground. His labor assignment afforded him the opportunity to commandeer trucks to smuggle ghetto resistance members out to the Rudninkai Forest. He himself escaped from the ghetto on January 7, 1943 and went into hiding with his wife in the home of Mikolas and Yadviga Simalis, along with twelve other Jews. Moshe and Pola survived the war in hiding as did Pola's older sister Feigie and her husband. The Musels lived in Lithuania until moving to Israel in the 1970s. Of Moshe's five siblings, two were killed in 1941, one joined the Red Army and was killed in action in 1943. One sister, Masha, lived in the Kovno ghetto, was deported to Stutthof and survived only to be killed in Israel's War of Independence in 1948. An older brother moved to Israel in 1936 and survived. Mikolas and Yadviga Simalis who were recognized after the war by Yad Vashem as Righteous Among the Nations. In 1945, shortly after the end of the war, Mikolas Simalis was murdered by Lithuanian neighbors who were angry that he had extended aid to Jews. He left six children.