Esther Rosenbaum (middle) walks along a commercial street in Antwerp with her daughter, Frida, and a friend. 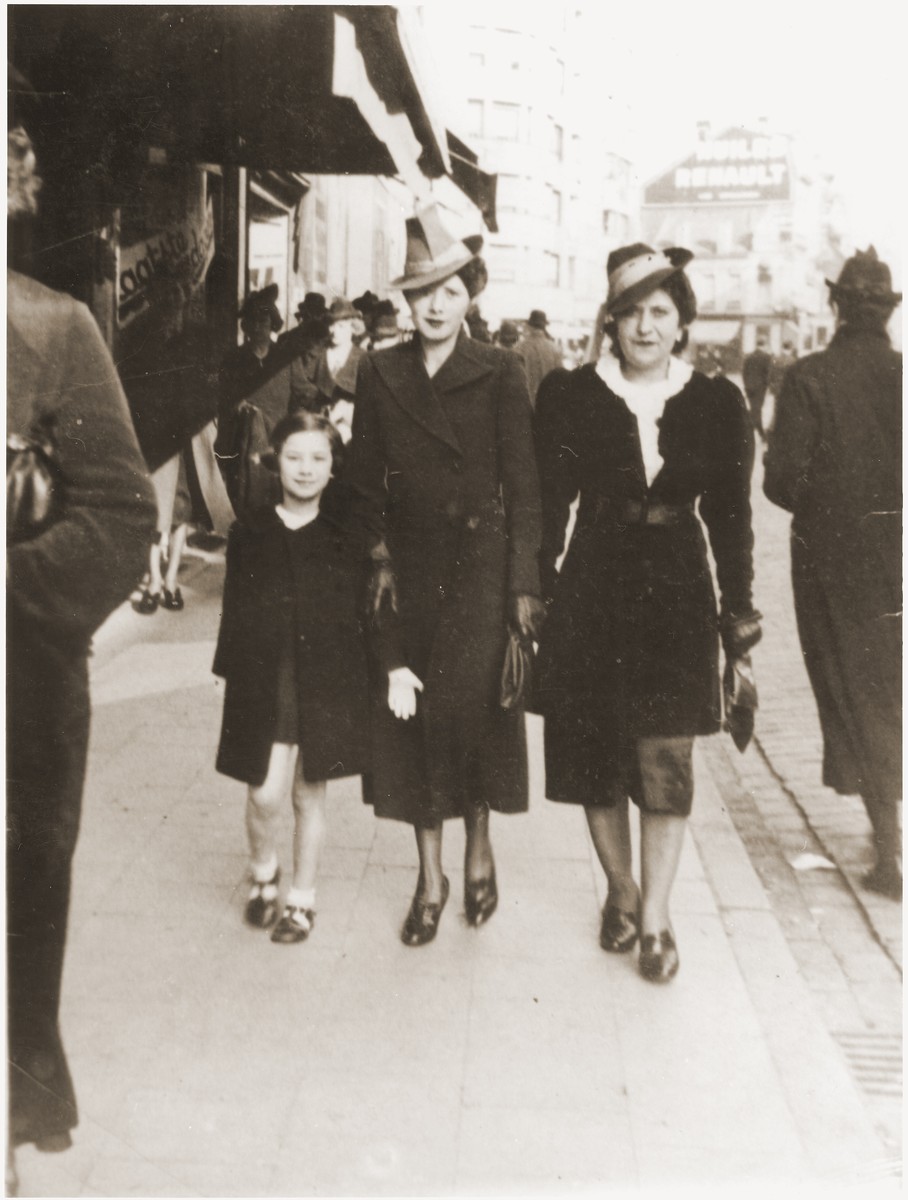 Esther Rosenbaum (middle) walks along a commercial street in Antwerp with her daughter, Frida, and a friend.

Biography
Michele Jacqueline Rosenbaum (now Katz) is the daughter of Simon and Esther (Pomerantz) Rosenbaum. She was born August 1, 1943 in Lyon, where her family had taken refuge. Michele had an older sister Frida Marie (b. 1932). The Rosenbaums had moved from Paris to Antwerp in 1933. Until the German invasion, Michele's father earned a living as a furrier. The family remained in Antwerp until the beginning of the deportations in 1942. They then fled to Lyon, where they lived under false papers for the remainder of the war. After the liberation they settled in Brussels.