Group portrait of Jews of Polish nationality (relatives of the donor) who were expelled from Nuremberg to the Polish border town of Zbaszyn. 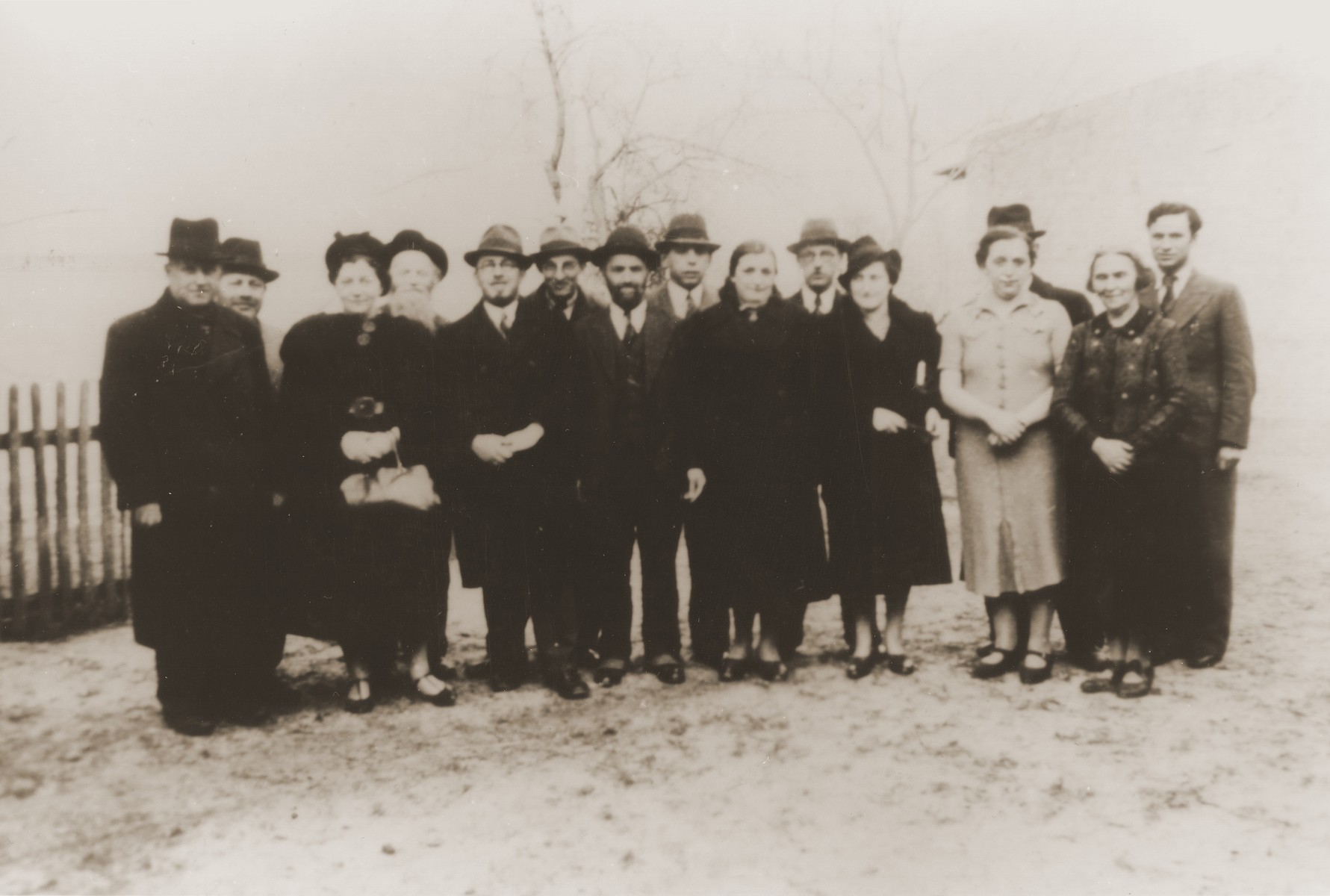 Group portrait of Jews of Polish nationality (relatives of the donor) who were expelled from Nuremberg to the Polish border town of Zbaszyn.

Event History
On October 27, 1938, German police began expelling Jews of Polish nationality throughout Germany. The expulsion order was occasioned by the decree issued by the Polish Ministry of the Interior on October 6, 1938, requiring all Polish citizens living abroad to revalidate their passports by October 29 or lose the right to return to Poland. Not wanting to be saddled permanently with this population, Nazi officials acted preemptively. The expulsion was carried out without warning and with great haste and harshness. For the most part only the heads of families were taken, but in some places wives and children were also deported. These Jews were transported by train to the Polish border towns of Zbaszyn and Beuthen. As many as 17,000 Jews may have been expelled at this time. Polish authorities, taken completely by surprise, tried to confine the refugees to the border towns while they negotiated with the German government to take them back. In Zbaszyn the refugees found shelter in the stables of a military riding school and in a flour mill owned by a local Jew named Grzybowski. Others found accommodation in private homes. By October 30, a Joint Distribution Committee sponsored relief effort, under the direction of Emanuel Ringelblum and Yitzhak Gitterman, was put into place, and a national committee was set up to tend to the immediate needs of the refugees. By December, a full-fledged refugee camp with a number of administrative, cultural and welfare offices (including a hospital) was in operation. In the meantime, many refugees went to live with friends and relatives elsewhere in Poland, joined Zionist collectives, or secured visas and emigrated. On January 24, 1939, an agreement was reached between Poland and Germany allowing the refugees to return temporarily to Germany in small groups in order to settle their affairs. The earnings from all property settlements were required to be deposited in blocked bank accounts, from which nothing could be withdrawn. The Polish government, for its part, agreed to allow the families of the refugees who had remained in Germany, to join them in Poland. These arrangements took until the summer of 1939 to complete, and in August the Zbaszyn refugee camp was closed.