Hana Goldman (seated on the left) with a group of Jewish youth, wearing armbands, poses at the back entrance to the Goldmans' home in the Zabno ghetto. 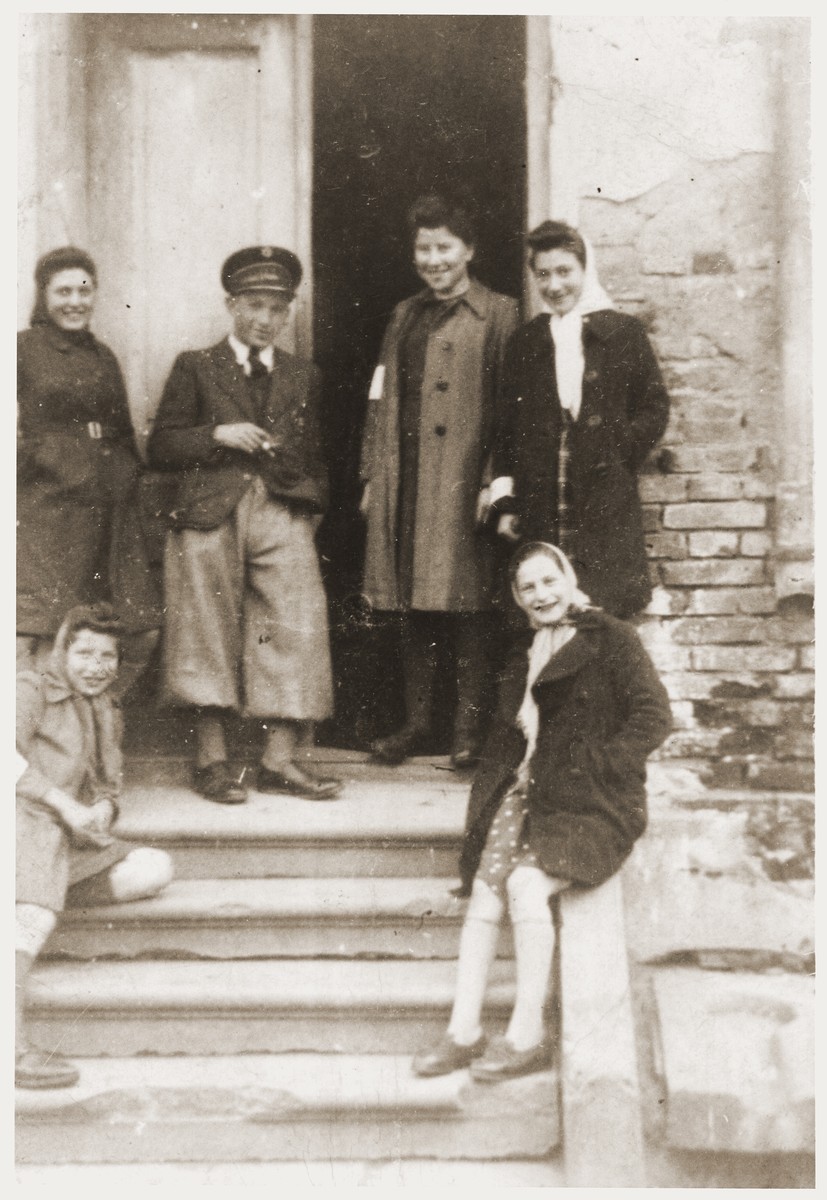 Hana Goldman (seated on the left) with a group of Jewish youth, wearing armbands, poses at the back entrance to the Goldmans' home in the Zabno ghetto.

Her sister Rachela is standing second from the right.