Sequence of photos of Shmuel Rabinovitch taken in a "polyphoto" with a Purim mask. 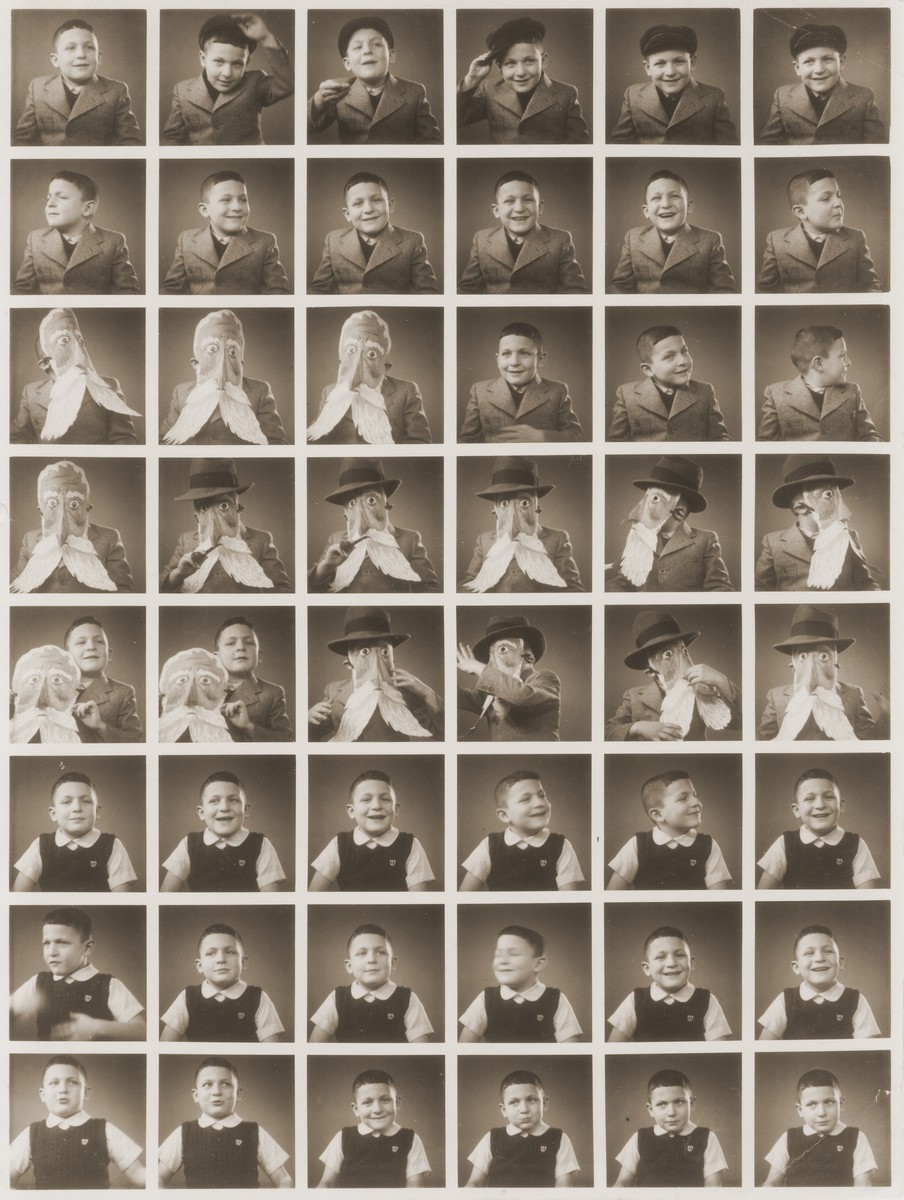 Sequence of photos of Shmuel Rabinovitch taken in a "polyphoto" with a Purim mask.

His father owned the polyphoto machine and kept it in his store.