A unit of Hungarian soldiers that includes a Jew from Budapest, poses in front of a truck. 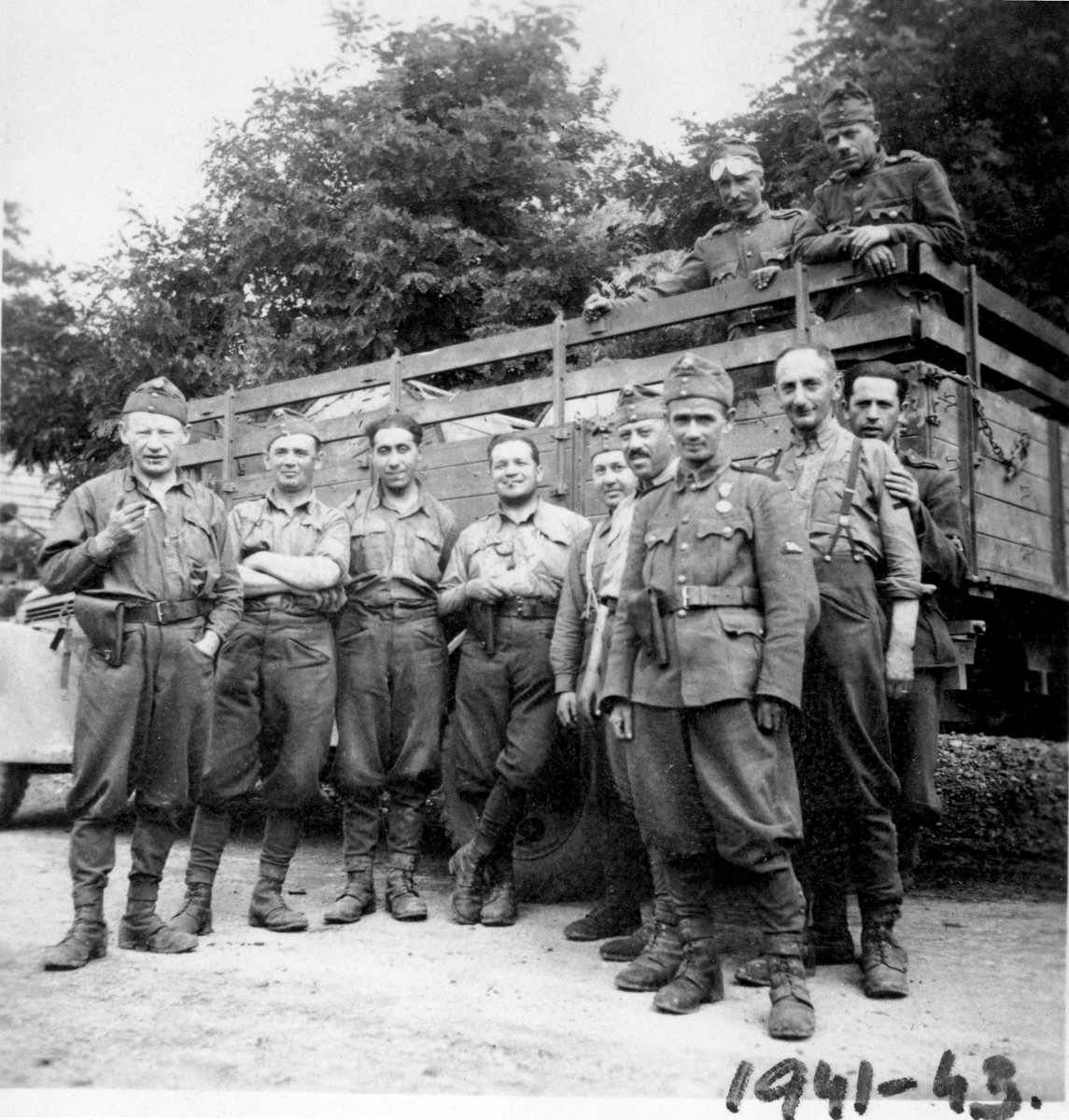 A unit of Hungarian soldiers that includes a Jew from Budapest, poses in front of a truck.

Among those pictured is Gyula Spitz (second from the left).

Biography
Gyula Spitz, a Hungarian Jew from Budapest, was a cab driver in a suburb of the city prior to his conscription into the Hungarian army. For reasons unknown to him, Spitz was not forced into the Hungarian labor service, as were most Jews, but rather assigned to a regular army unit. He served as a driver from 1940 to 1942 and was responsible for transporting valuables, including furs, pianos, and paintings plundered from occupied territory by Hungarian officers. In return, Spitz was allowed to take home some items for his family. During his military service, Spitz was stationed in Kamenets-Podolsk, where he witnessed the mass killing of Jews by SS, Hungarian, and German military personnel on August 27-28, 1941. Spitz was eventually arrested by the Germans, despite his status as an Hungarian soldier, and was sent to Mauthausen where he perished.