The cap of a prison uniform and a number patch worn by concentration camp prisoner Karel Bruml at Auschwitz and Nordhausen. Both were issued to him in Auschwitz. 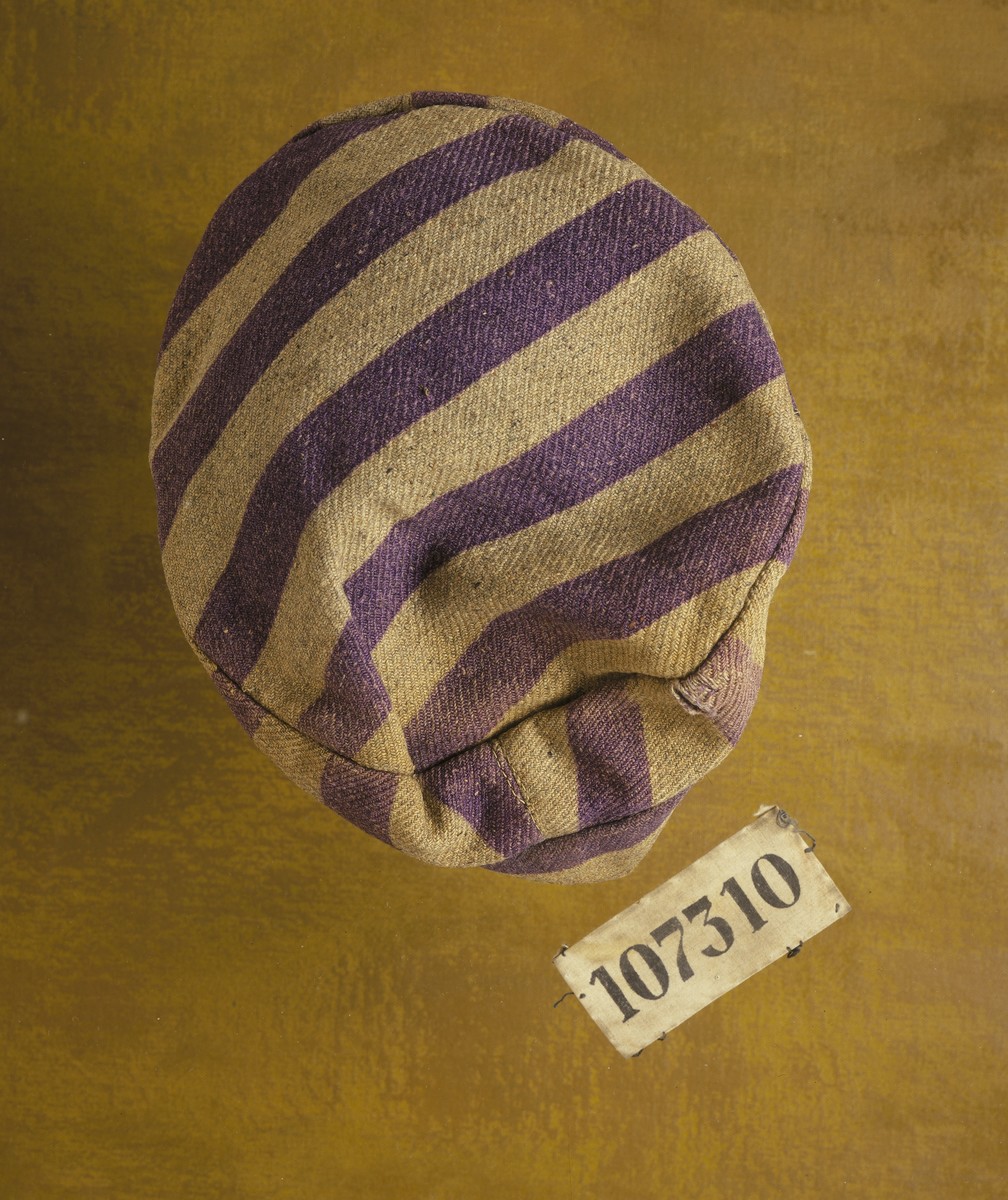 The cap of a prison uniform and a number patch worn by concentration camp prisoner Karel Bruml at Auschwitz and Nordhausen. Both were issued to him in Auschwitz.

Biography
Charles Bruml (born Karel Bruml) was born to a Jewish family in Prague. His father was the owner of several shoe factories. In 1941 he was deported to Theresienstadt and from there to Auschwitz. As an artist, Karel was ordered to paint numbers on prisoner uniforms. In January 1945 he was put on a death march to Gleiwitz and then transported in an open coal wagon to Nordhausen. From there he was sent to Bergen-Belsen, where he was liberated by the British. He immigrated to the United States in 1946.