"Un de Mes Petits Freres" [One of My Little Brothers] by Lili Andrieux. Sketch of man wearing suit, seated on a small stool, his hands on his knees. 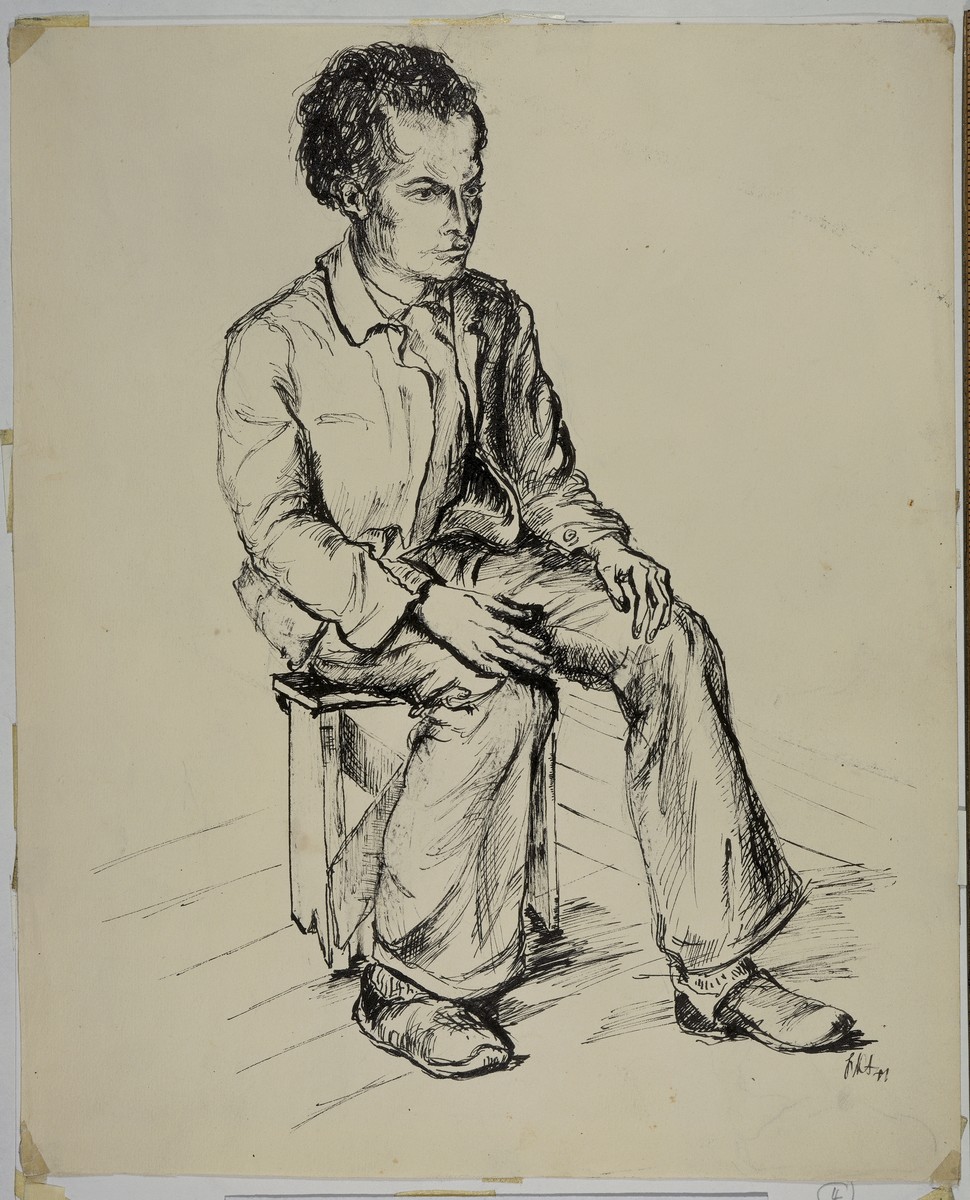 "Un de Mes Petits Freres" [One of My Little Brothers] by Lili Andrieux. Sketch of man wearing suit, seated on a small stool, his hands on his knees.

Biography
Lili Rilik-Andrieux (1914-1996), née Abraham, was a German artist of Jewish origin who, while interned in France during World War II, created series of drawings documenting life in several transit camps. Andrieux was born to a wealthy family in Berlin. As a young woman, she was the only Jewish woman admitted to the Hochschule fuer Kunsterzeichnung in Berlin from 1933-1937. However, because of her Jewish origins, Andrieux was barred from taking her final exam in 1937. She migrated to Paris in 1938 to continue her studies at the Academie Ranson. Soon after the German invasion of France in May 1940, she was arrested and taken to a transit camp in Alencon. She stayed there for a month before she was transferred to the camp at Gurs, where she was held until March 1941. Andrieux was subsequently moved to the Hotel Terminus in Marseille, another transit camp for persons who were waiting for visas and emigration permits. By September 1941, a permit had not arrived, so officials returned Andrieux to Gurs, where she stayed for two more months before returning to the Hotel Terminus in November 1941. This time, she remained until August or September 1942, when she and the other residents of the hotel were sent to the Les Milles camp. Shortly after arriving at Les Milles, she contracted typhus and was sent to a hospital in Aix-en-Provence. Upon her discharge, she remained in Aix-en-Provence, working closely with the Jewish Resistance. After the war, Andrieux worked in France as a translator for the U.S. army. In 1946, she immigrated to the United States to pursue a scholarship at the Museum School of Fine Arts in Boston. In 1952, she married Ricardo Ester, a Spanish refugee whom she met at Gurs. She died on June 13, 1996. Her works, which are also in the collections of the Ghetto Fighters House and the Bibliotheque Nationale (Prints Collection), primarily depict daily life in the transit camps and portraits of fellow inmates.