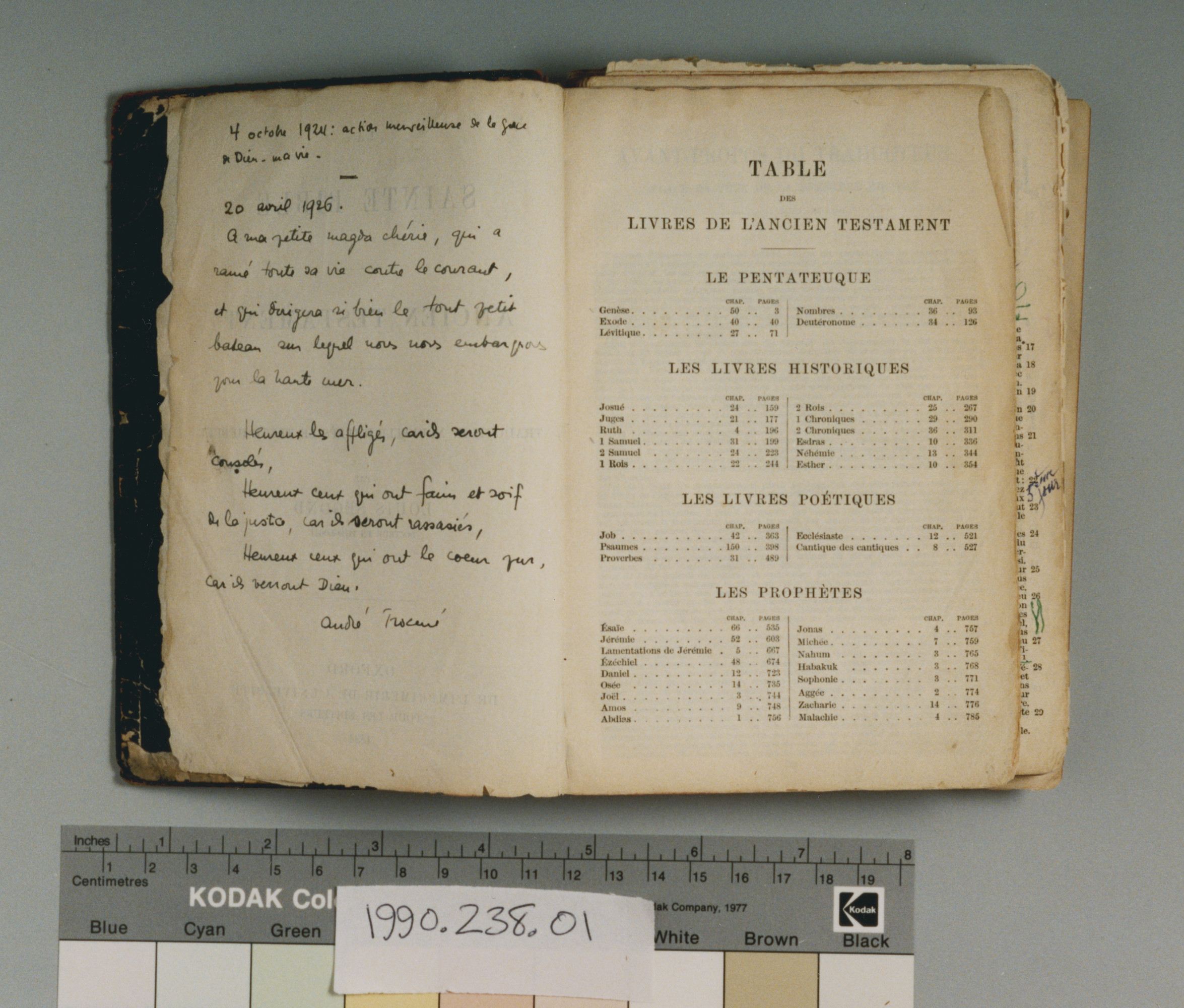 Published by Oxford University Press in 1894, this bible contains the Old and New Testaments translated by Louis II into French from the original Hebrew and Greek. This copy, containing Trocme's original notes, was given to him by his mother Pauline Schwertman.