Jewish DP couples pose with their young children outside a home in Minsk. 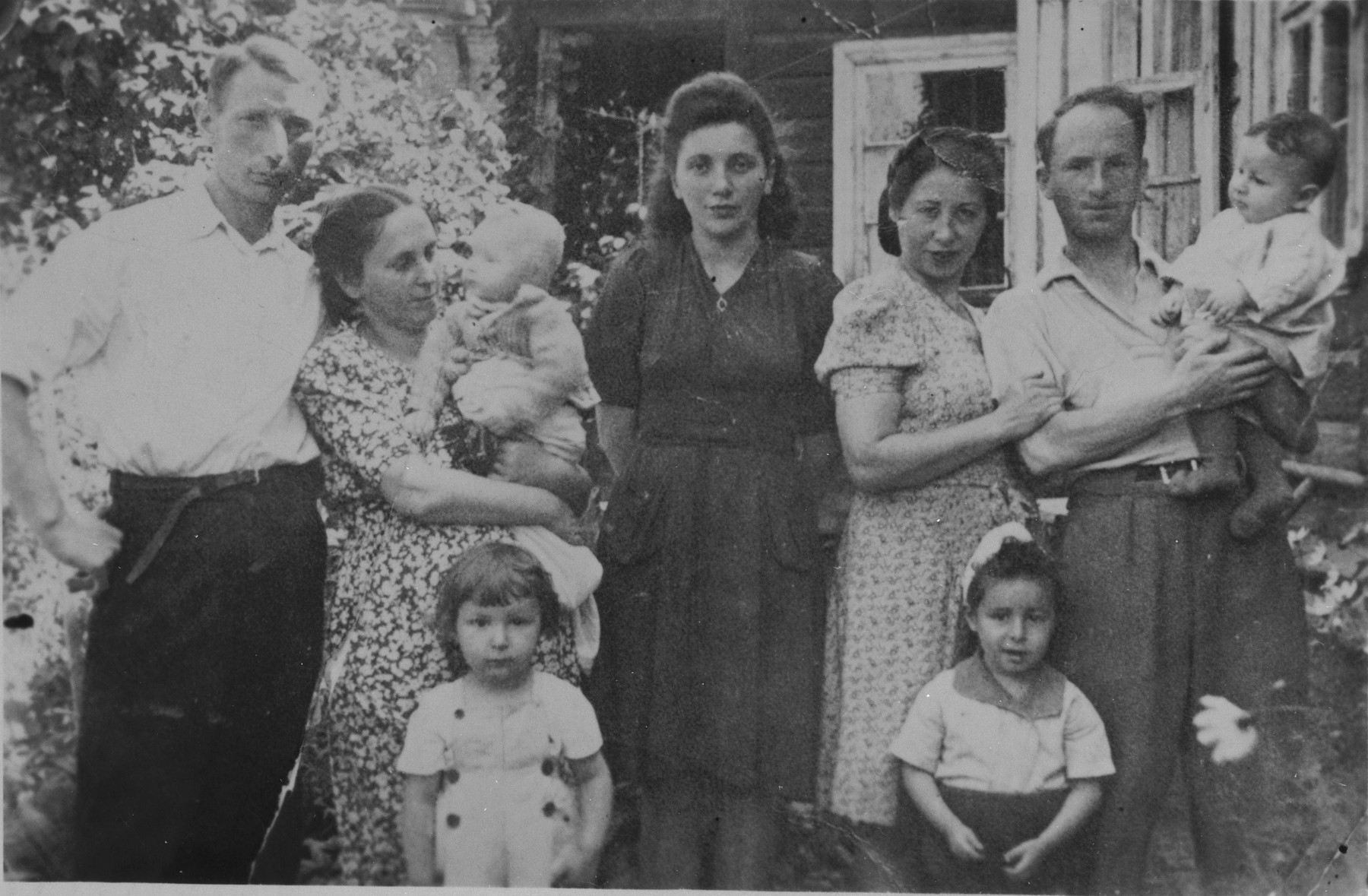 Jewish DP couples pose with their young children outside a home in Minsk.

Pictured are Israel and Julia Matz with their sons Boris and Shaul (at the right), and Lowa and Chaja Lurie with their two children (at the left).

Biography
Israel Matz was born January 10, 1915 in Vilna. In 1939 he and his wife, Julia Kagan, fled to Minsk, where after the German invasion of the USSR they were forced into the newly established Minsk ghetto. In 1943 they were sent to work at the Telefunken factory in Minsk. In 1944 Israel and Julia escaped to a nearby forest, where they remained until the liberation. The Matz' remained in the Soviet Union until 1960, when they emigrated to Israel.