The entrance to the Aliyat Hanoar Zionist youth camp established by members of the Kladovo transport. 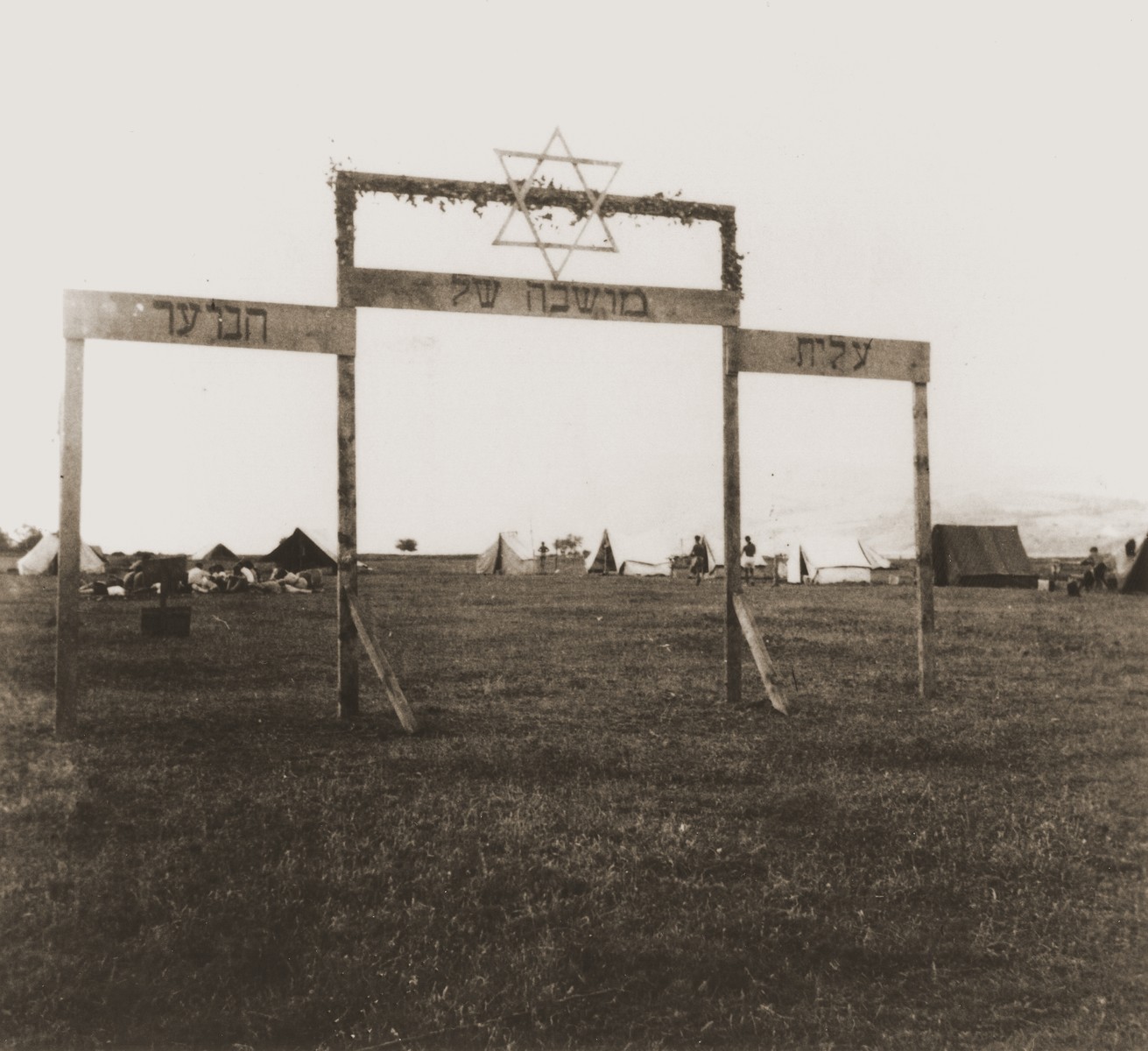 The entrance to the Aliyat Hanoar Zionist youth camp established by members of the Kladovo transport.

That same summer, Serbian partisans who had become active in the Macva region, took control of certain sections of Sabac. In retaliation, German troops rounded-up the entire population of the city. More than 5,000 men were detained, including Jews from the Kladovo Transport. The prisoners, who were intended to help build a concentration camp in Jarak, Croatia, were forced to run a 23km. death race to the site, after having been kept for two nights without food or water. Those who could not keep up were shot. Four days later, after the Germans decided to abandon the site, the prisoners were marched back to Sabac. On October 11, 1941 the surviving Jewish males at the Sava camp were transferred to Zasavica, where they were killed along with 160 Gypsies. Four months later, the Jewish women and children from the transport were taken to the concentration camp in Sajmiste, where they were all killed in gas vans over the next few months. Only one member of the group imprisoned in Sava survived the war.

[Sources: Ofer, Dalia and Weiner, Hannah. Dead-End Journey: The Tragic Story of the Kladovo-Sabac Group, New York: University Press, 1996; Anderl, Gabriel and Manoschek, Walter. Gescheiterte Flucht: Der juedische Kladovo Transport auf dem Weg nach Palaestina 1939-1942, Vienna: Verlag fuer Gesellschaftskritik, 1993.]
https://www.ushmm.org/wlc/en/article.php?ModuleId=10005519.
Biography
Ehud Nahir (born Erich Nachhaeuser) is the son of Max and Regina (Gutenberg) Nachhaeuser. He was born June 27, 1918 in Vienna, Austria. Erich had two older siblings, Otto (b.1905) and Stella (b.1908). Soon after his birth, Erich's mother died in a flu epidemic. His father, too, died when he was only four years old. From the age of six to fourteen he resided in a Jewish orphanage in Vienna, where he completed only eight years of school before being apprenticed to a tailor. Together with a group of friends, Erich became involved in the Hashomer Hatzair Zionist youth movement, and in 1938 went to live on an agricultural training farm near Vienna in preparation for immigrating to Palestine. In the wake of the Anschluss and Kristallnacht Erich was anxious to leave Austria, and felt fortunate in securing a place on the Kladovo transport in November 1939. The group, consisting of approximately one thousand central European Jews, was attempting to escape to Palestine via the Black Sea. Setting off from Bratislava by riverboat along the Danube, the transport was stopped when it reached the border of Yugoslavia and Romania. The refugees were directed to return to Serbia. For sixteen months Erich was stranded with the group in refugee camps in Kladovo and Sabac. Finally, in the spring of 1941, the transport was granted two hundred legal immigration certificates for Palestine. These certificates, however, were restricted to youth between the ages of fifteen and seventeen. Erich was chosen to be one of the leaders to accompany the first group of fifty out of Yugoslavia. The group left on March 15, 1941 and traveled by train through Greece, Turkey, Syria and Lebanon, before arriving in Palestine three weeks later. Once in Palestine, Erich settled on Kibbutz Gan Shmuel with other members of his youth movement. Many of the Kladova youth who were given certificates did not succeed in leaving Yugoslavia before the German invasion of April 6, and they perished with the rest of the transport in camps in Yugoslavia. Erich's brother also survived the war, but his sister was killed in 1943.