Young agricultural workers pitch hay onto a large haystack on a farm in Treves. 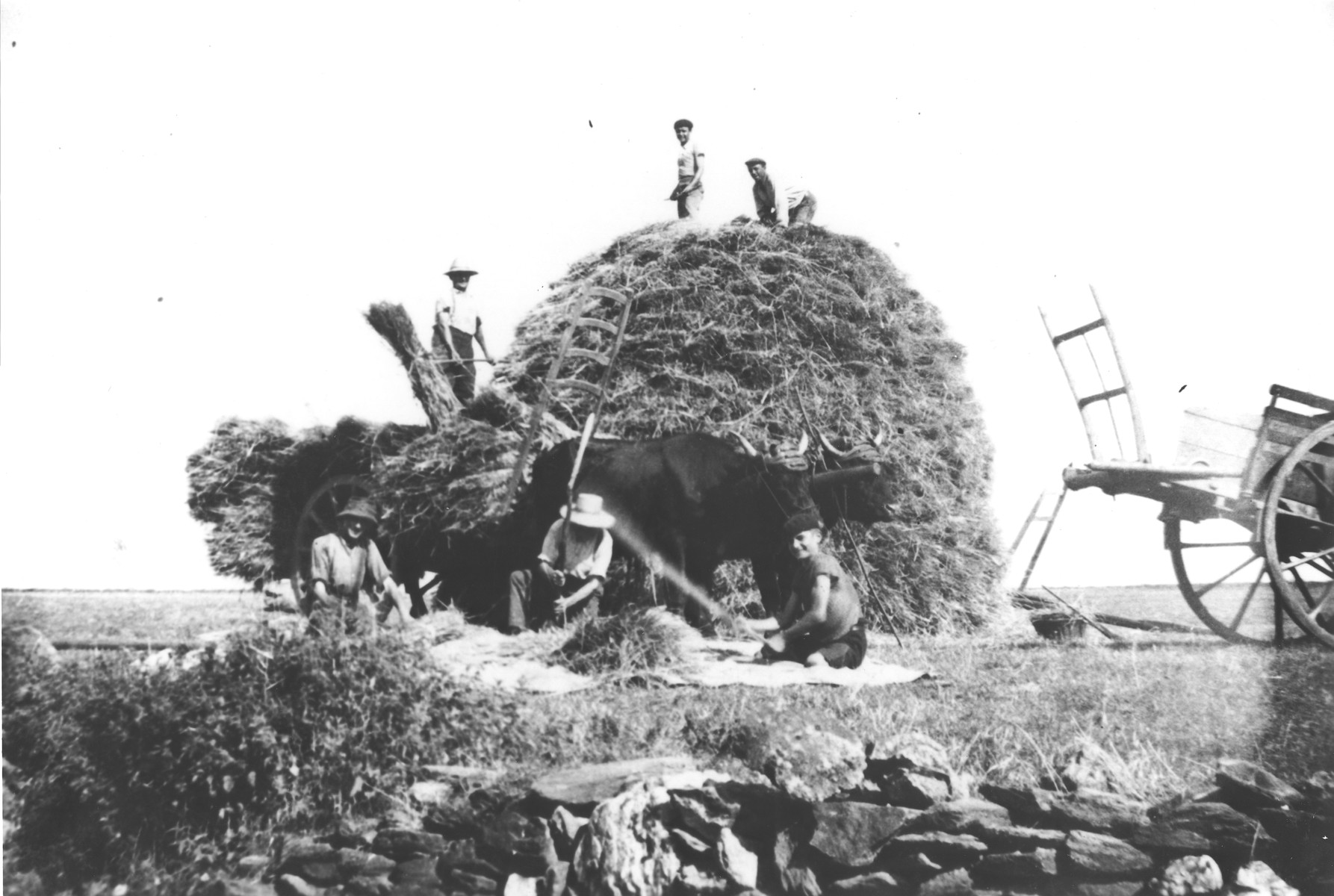 Young agricultural workers pitch hay onto a large haystack on a farm in Treves.

Among those pictured is Julien Bluschtein, a Jewish youth in hiding.