Portrait of two members of the Goldfajs family in Warsaw. 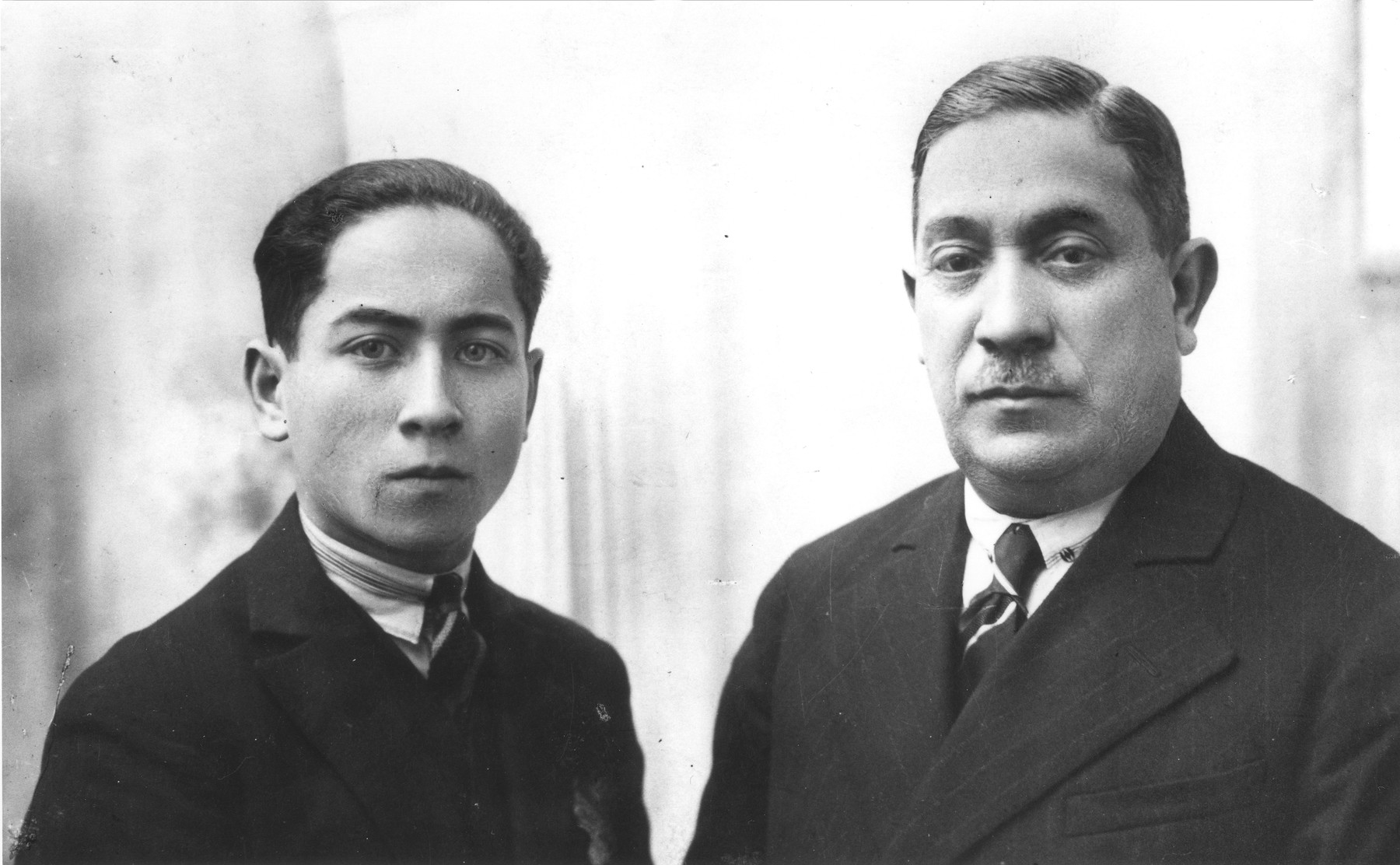 Portrait of two members of the Goldfajs family in Warsaw.

Pictured are the donor's maternal uncle and grandfather, Z. Goldfajs. Both men perished during the war.

Biography
Leon Wajntal (the donor) is the son of Zyndel and Jenta (Goldfajs) Wajntal, both Polish Jews who moved to western Europe in the interwar period. Leon was born May 3, 1929 in Brussels, where his father worked as a chemist. Leon had four siblings: Lea (b. 1930), Alex (b. 1934), Annie (b. 1936) and Guy (b. 1942). During the 1930s the family lived for periods of time in Belgium, France, Spain and Portugal. After the German invasion and occupation of western Europe, the Wajntals went into hiding in the French village of Lonzac. Leon was sent to a boarding school in Treignac, where he lived on false papers for the rest of the war. In 1942 his father was arrested while in Grenoble and deported to Poland, where he perished. The rest of the family survived the war in hiding. After the liberation Leon lived for a time in two OSE children's homes, Champigny and Le Vesinet.