Portrait of two Jewish siblings in the Srodula ghetto in Sosnowiec, Poland. 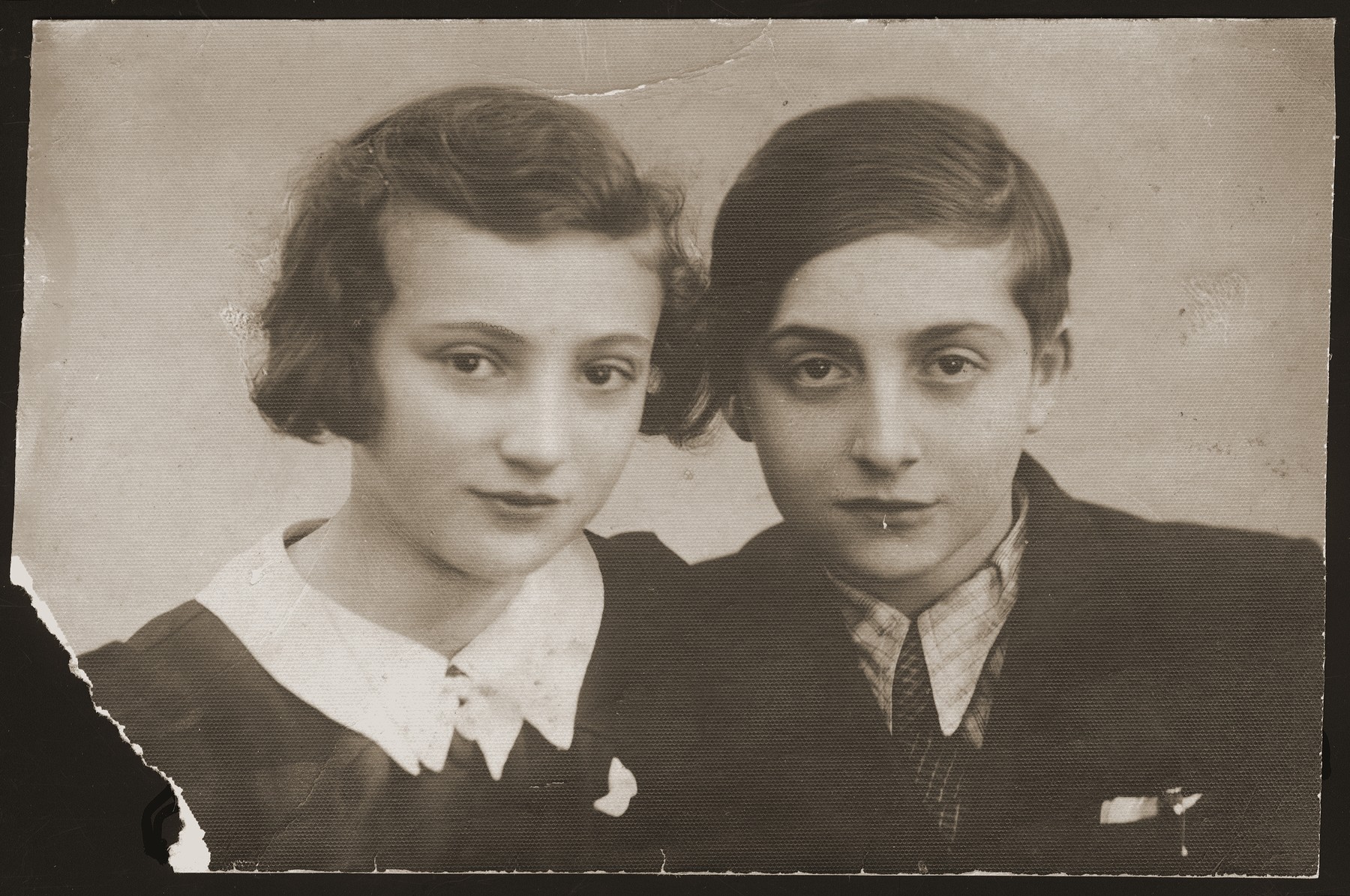 Portrait of two Jewish siblings in the Srodula ghetto in Sosnowiec, Poland.

Pictured are Jadzia and Szlamek Moncznik. This photograph was sent to their brother, Berl Moncznik, then imprisoned in a labor camp. In August 1942 both children were deported to their death in Auschwitz.

https://encyclopedia.ushmm.org/content/en/article/german-administration-of-poland. https://encyclopedia.ushmm.org/content/en/article/ghettos-in-poland.
Biography
Bernard Moncznik (born Berl Moncznik) is the son of Akiva and Lea Moncznik. He was born August 28, 1916 in Niwka, Poland, near Sosnowiec, where his father earned a living as a coal miner. Berl had five siblings: Izak, Motek (who died in childhood), Szlamek, Dorka and Jadzia. In the late 1930s Berl was employed as a typesetter in a Jewish-owned print shop in Krynica. Soon after the German occupation of Poland, Berl's father was shot to death by German troops. Subsequently, Berl was deported to the Klein Mangersdorf labor camp in Upper Silesia, where he spent the next two years building roads for the German army. In February 1942 he was transferred to a second camp and then, a few months later, to the St. Annaberg labor camp, also in Upper Silesia. Finally, he was sent to the Reichenbach (Dzierzoniow) Sportschule, where he was liberated by the Soviets on May 8, 1945. Berl's parents, his brother Szlamek, and his sister Jadzia, were deported to Auschwitz in 1942, where they were killed immediately. His other sister, Dorka, survived in the Peterswaldau labor camp. Following liberation Berl lived in Breslau and then Munich, where he married Fajgl Fiszel, a survivor from Bedzin, who he met in the Weiden displaced persons camp. In December 1948 the couple left Europe for Israel, where they lived until immigrating to the United States in 1957.