Close up portrait of two Jewish brides who were married in a double wedding ceremony that took place on Lag b'Omer, May 27, 1948 in the Prinz Albrecht Hall in Munich. 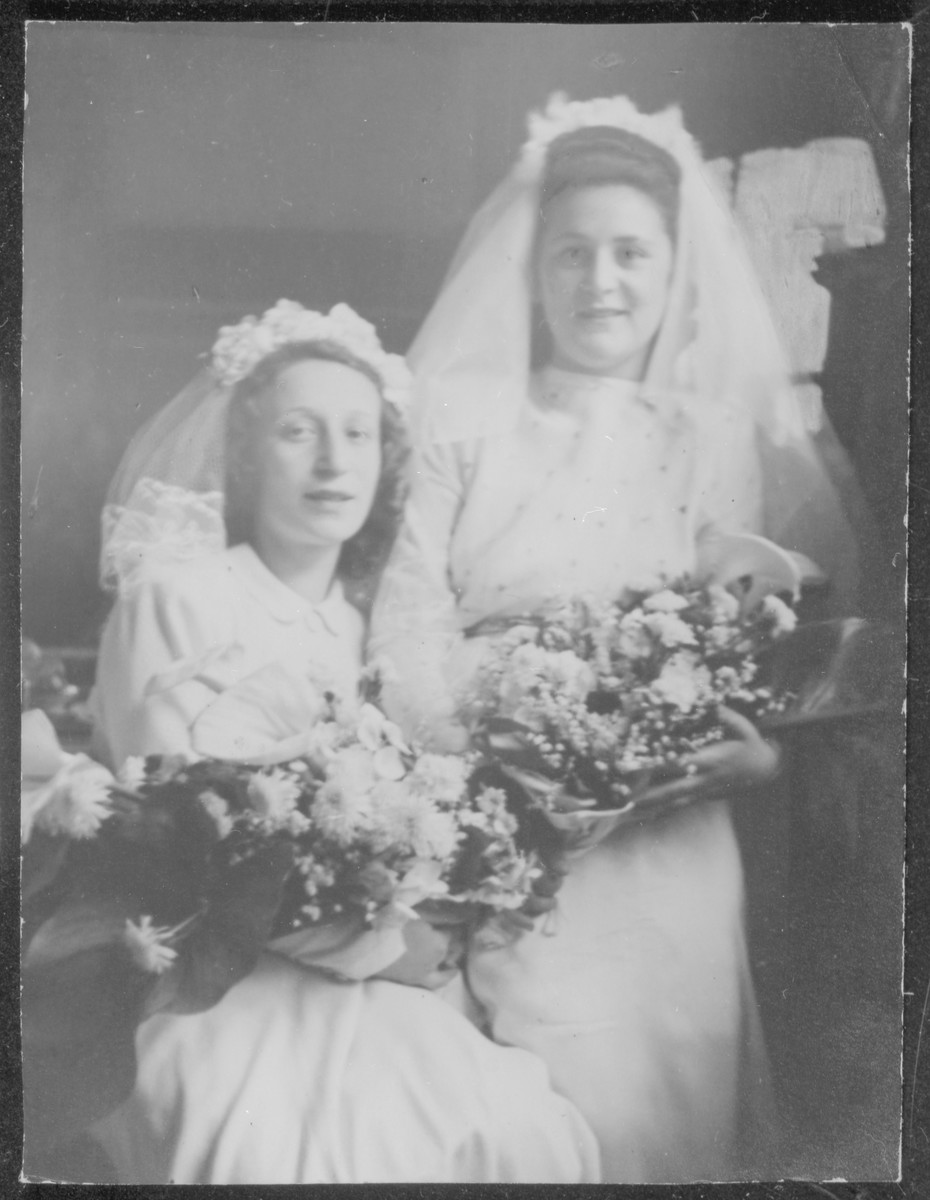 Close up portrait of two Jewish brides who were married in a double wedding ceremony that took place on Lag b'Omer, May 27, 1948 in the Prinz Albrecht Hall in Munich.

Pictured on the left is Fajgl Fiszel, and on the right, Henni Kestenberg.