A group portrait of newly arrived Jewish immigrants and survivors. 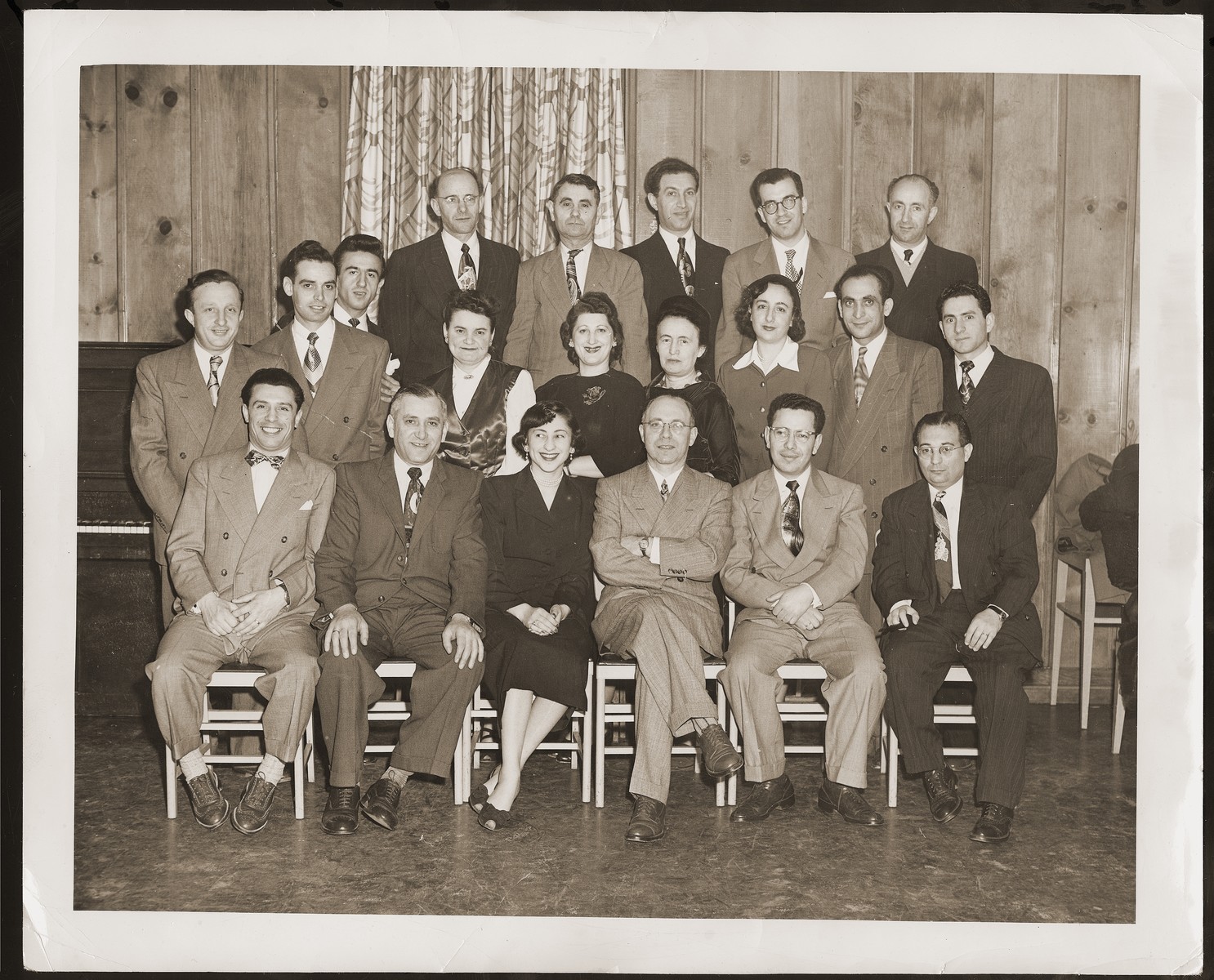 A group portrait of newly arrived Jewish immigrants and survivors.

Among those pictured is Josef Rozen, the donor's brother, in the second row, first from right, and Mr. Kaufman, an HIAS representative, seated in the first row, third from right.