Portrait of Lezer Kawer holding his two children, Dina and Noah, outside their home in Costa Rica. 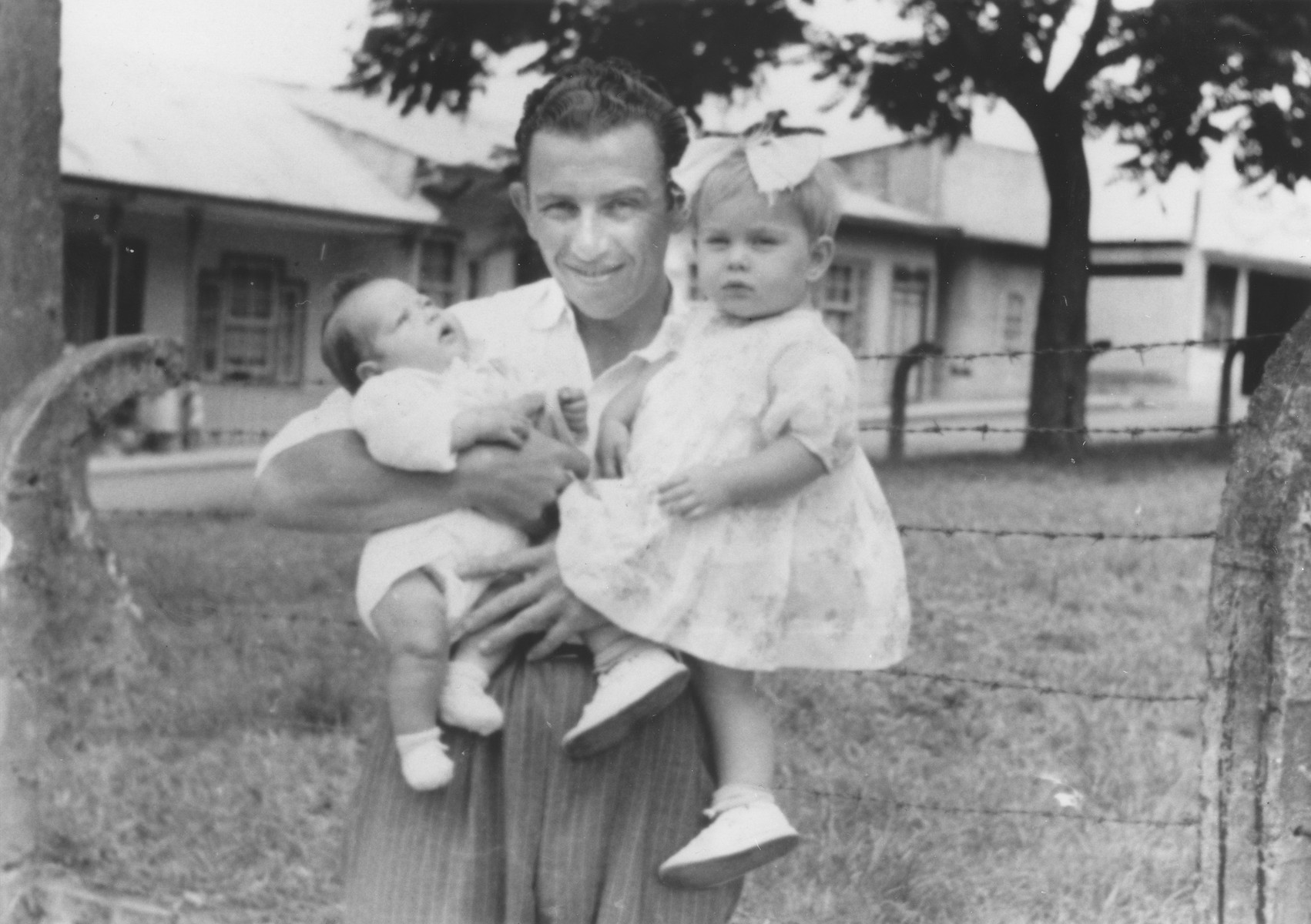 Portrait of Lezer Kawer holding his two children, Dina and Noah, outside their home in Costa Rica.

Biography
Ewa Kawer (born Ewa Ajzner) is the daughter of Noah and Chaja Ester Ajzner. She was born in Przedborz, Poland on December 12, 1920. She had seven siblings: Abraham, Fajga, Malka Bella, Perla, Sarah, Lejzer Dawid and Mojsze. In 1924 the family moved to Lodz, where they lived until the German invasion. Ewa's family was forced into the Lodz ghetto in April 1940. When the ghetto was liquidated in the summer of 1944, Ewa was deported to Auschwitz. She stayed there for two months before being transferred to camps in Germany. She was eventually liberated in Bergen-Belsen on April 15, 1945. After spending a month in a rehabilitation center in Germany, Ewa was brought to Belgium by a woman who was indebted to her for having shared her bread with the woman's daughter while in Bergen-Belsen. On May 5, 1946 Ewa married Lezer Kawer in Brussels. Two months later, sailing aboard the SS Athos II, the couple immigrated to Costa Rica. All of Ewa's immediate family perished in the Holocaust.