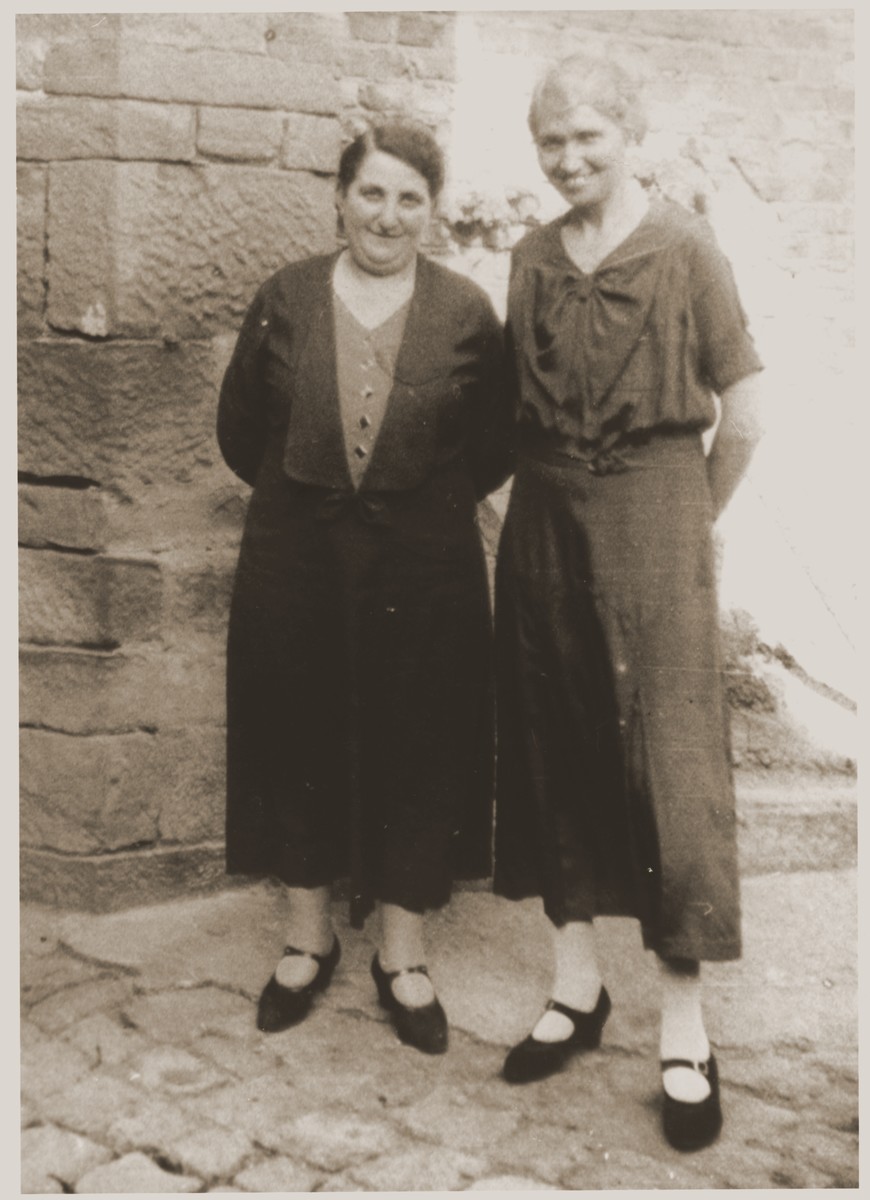 Pictured are Elsa Mendel (right) and her friend, Lina Nachman (left). Elsa Mendel is the aunt of donor Werner Mendel. Lina survived several concentration camps and immigrated to the United States after the war.