Group portrait of children and teachers at the Myjava public school dressed up in costumes. 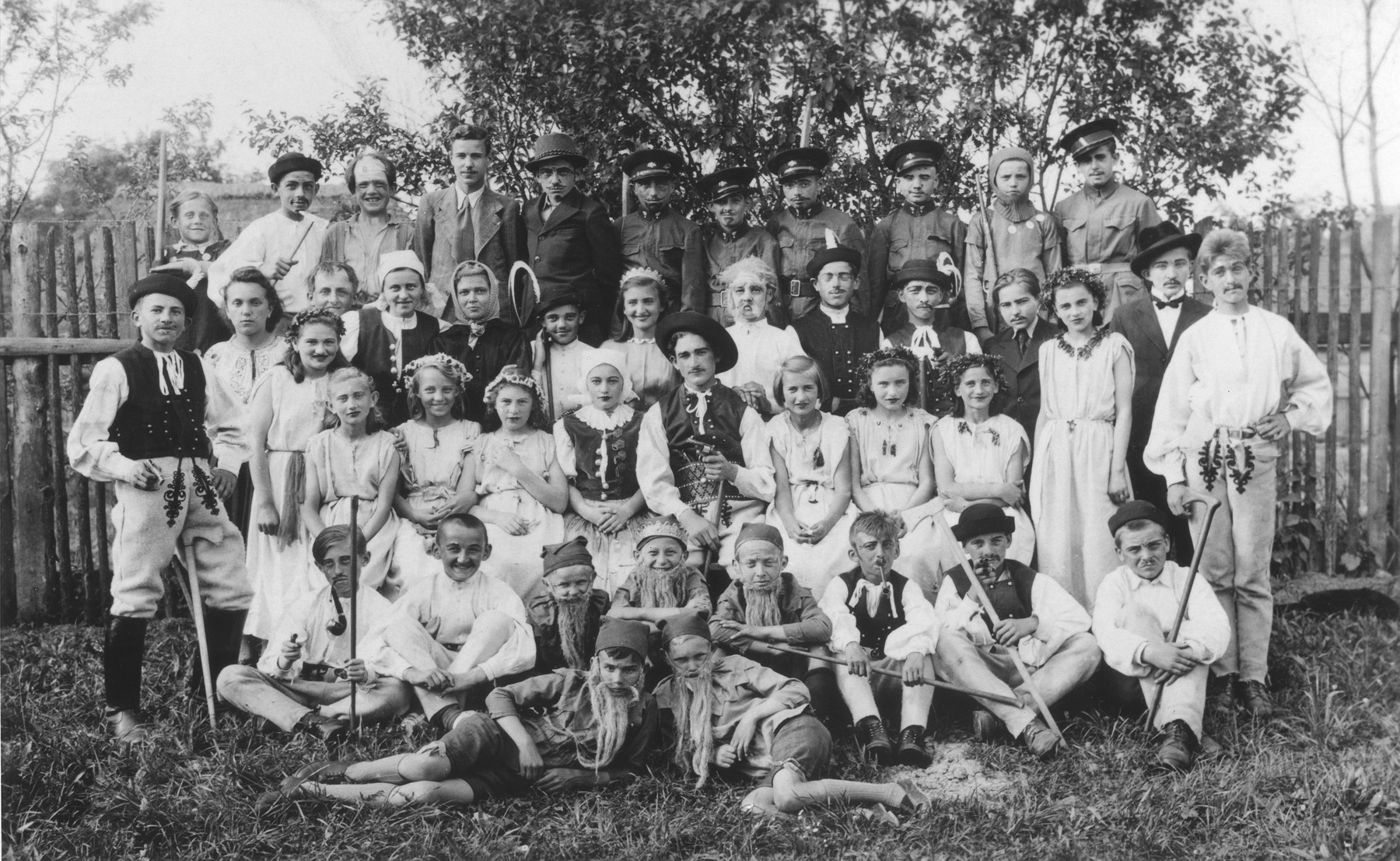 Group portrait of children and teachers at the Myjava public school dressed up in costumes.

Among those pictured is Magdalena Beck (third row from the front, third from the left).