Group portrait of the fifth grade class at the Myjava public school. 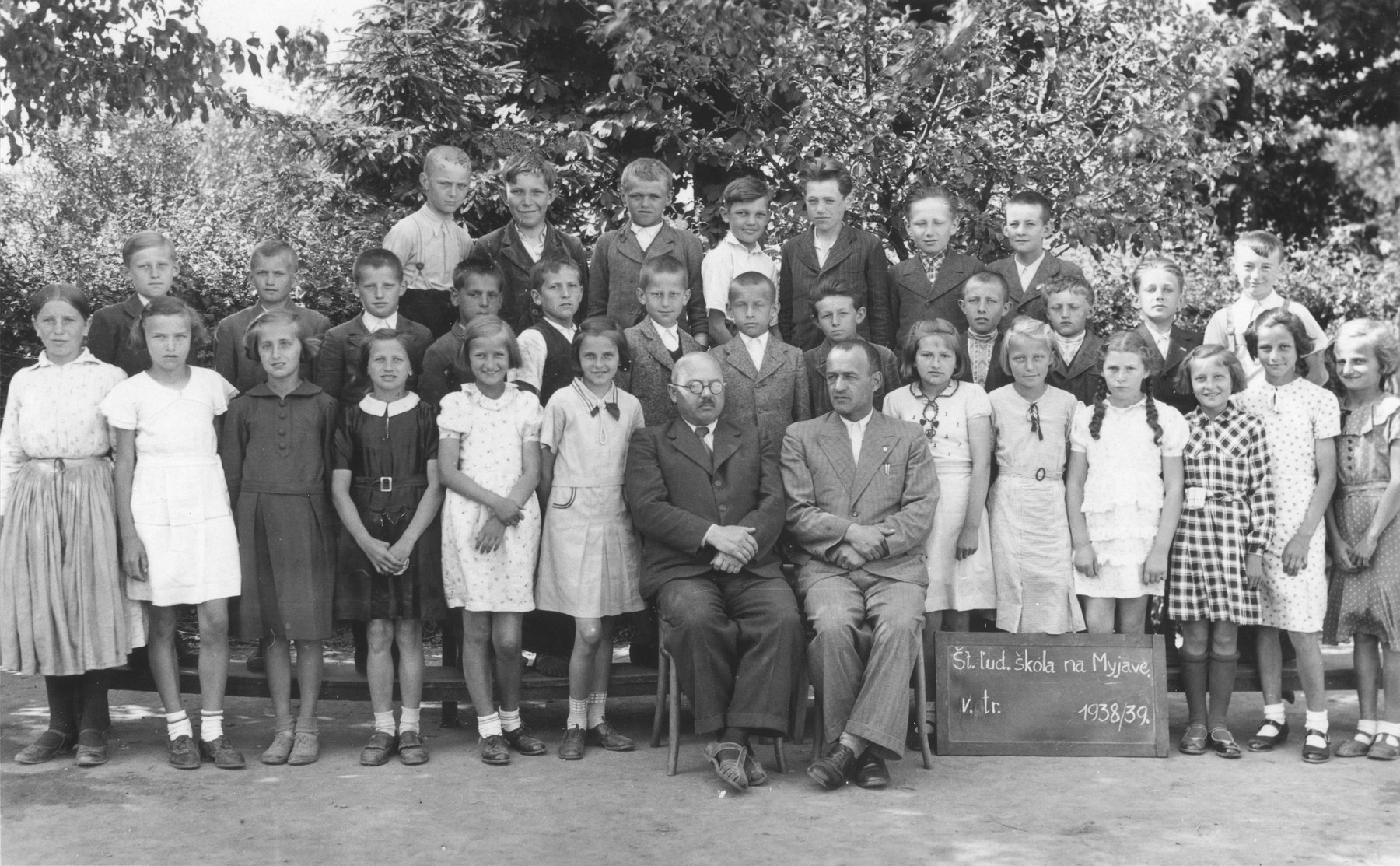 Group portrait of the fifth grade class at the Myjava public school.

Among those pictured is Magdalena Beck (front row, fourth from the right).