Death certificate for Selma Stiefel Zwienicki, who was killed by the Nazis during the Kristallnacht pogrom in Bremen, Germany. The Nazi seal is on the lower left-hand corner. 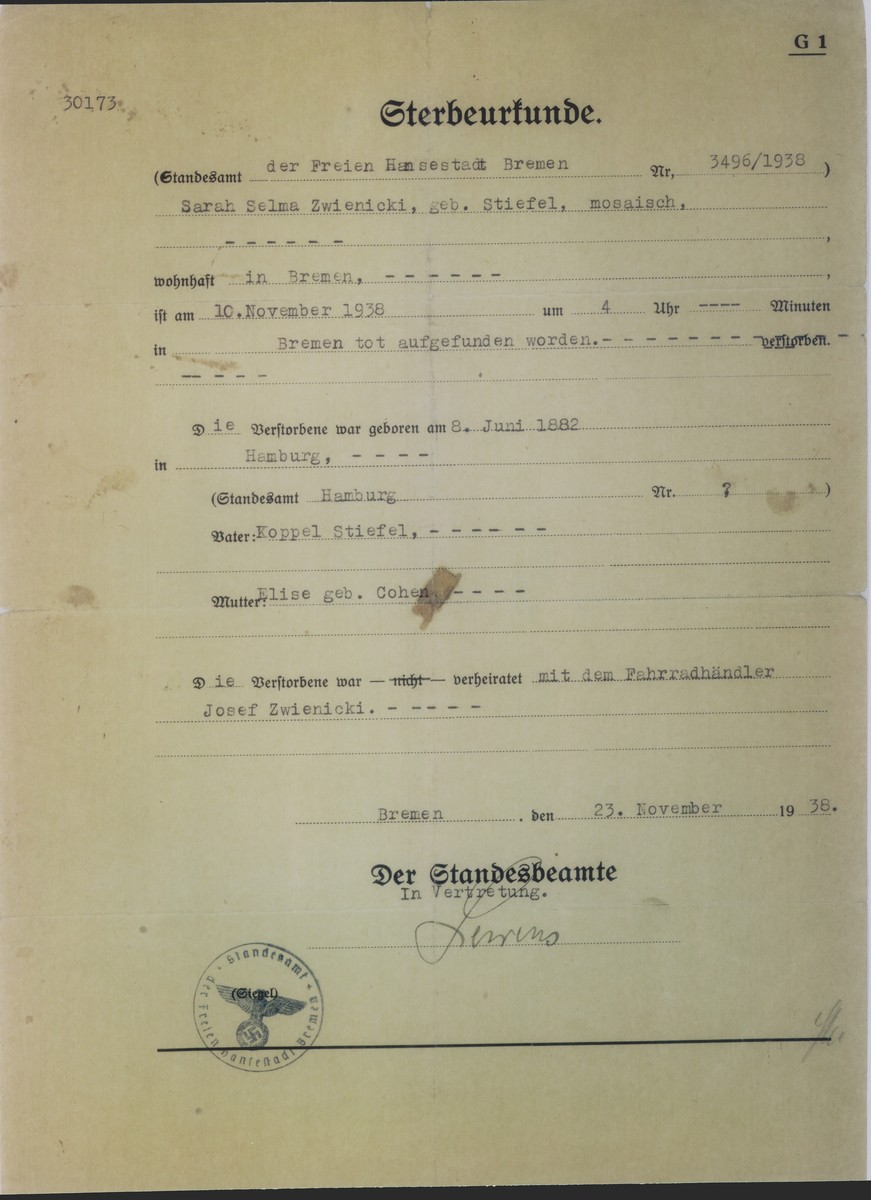 Death certificate for Selma Stiefel Zwienicki, who was killed by the Nazis during the Kristallnacht pogrom in Bremen, Germany. The Nazi seal is on the lower left-hand corner.

Selma Stiefel was born in Hamburg on June 8, 1882. She married Josef Zwienicki who came to Leipzig, Germany in 1913 from his native Ukraine.