Studio portrait of the Infeld children with their grandmother, Freidl Kaufman. 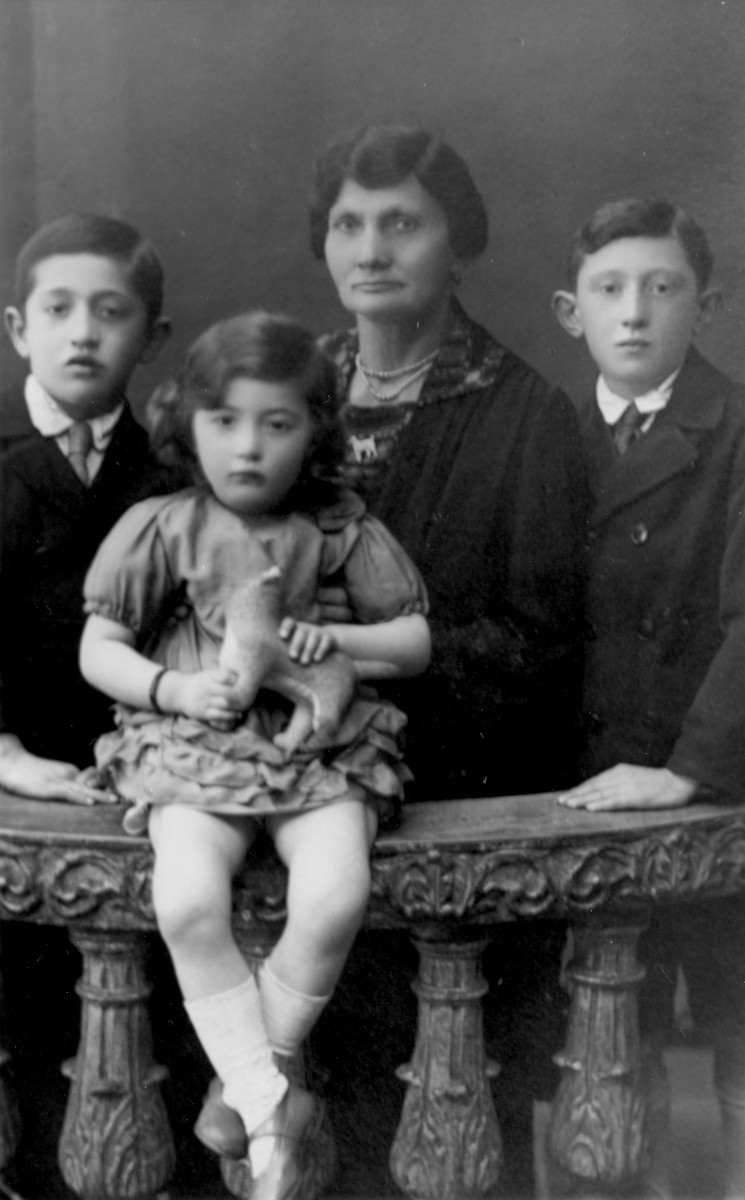 Studio portrait of the Infeld children with their grandmother, Freidl Kaufman.

Biography
Fela Glaser (born Feygl Infeld) is the youngest child of Berish (Berek) and Rokhl (Kaufman) Infeld. She was born March 29, 1929 in Lodz, where Berek worked as a master weaver, and Rokhl was a self-employed wigmaker and hair-dresser. Feygl had two brothers, Szymon (b. 1921) and Eliasz (b. 1923). Feygl's grandmother, Freidl Kaufman, also lived in their household. In September 1939, almost immediately following the German invasion of Poland, Feygl's father returned home sick after a day of forced labor and torture. Less than two months later, on November 2, 1939, he passed away. The remaining Infeld family was forced into the Lodz ghetto in April 1940. In 1942, Feygl's grandmother died and soon thereafter her two brothers, 18 and 20, all succumbed to hunger and died within a three-month period. Feygl's mother held out one more year before becoming ill. She died on May 24, 1943. Several weeks later Feygl moved into the children's home on Gnieznienska Street, where approximately 225 orphans aged 5-18 lived. During the final liquidation of the ghetto in the summer of 1944, Feygl and the other orphans were deported to Auschwitz. Six weeks later, she was transferred to the Stutthof concentration camp where she remained until its liquidation in April 1945. She was evacuated on a cattle boat, which was bombed and then caught fire and sunk. Feygl was one of the few rescued by a Red Cross boat and taken to the Kiel Pries labor camp. Liberated by the British in early May, Feygl was quickly removed to a hospital in Hamburg and tseveral days later to an UNRRA hospital in Itzehoe. After regaining her strength several months later, Feygl moved first to the displaced persons camp in Bergen-Belsen, and later to Feldafing. She left Germany in December 1945 for Brussels, and in the fall of 1946 joined her uncles and aunt in England. Six years later, Feygl immigrated to the United States with her husband and child.