Celebration of a triple wedding of couples from the Zaglebie region of Poland. 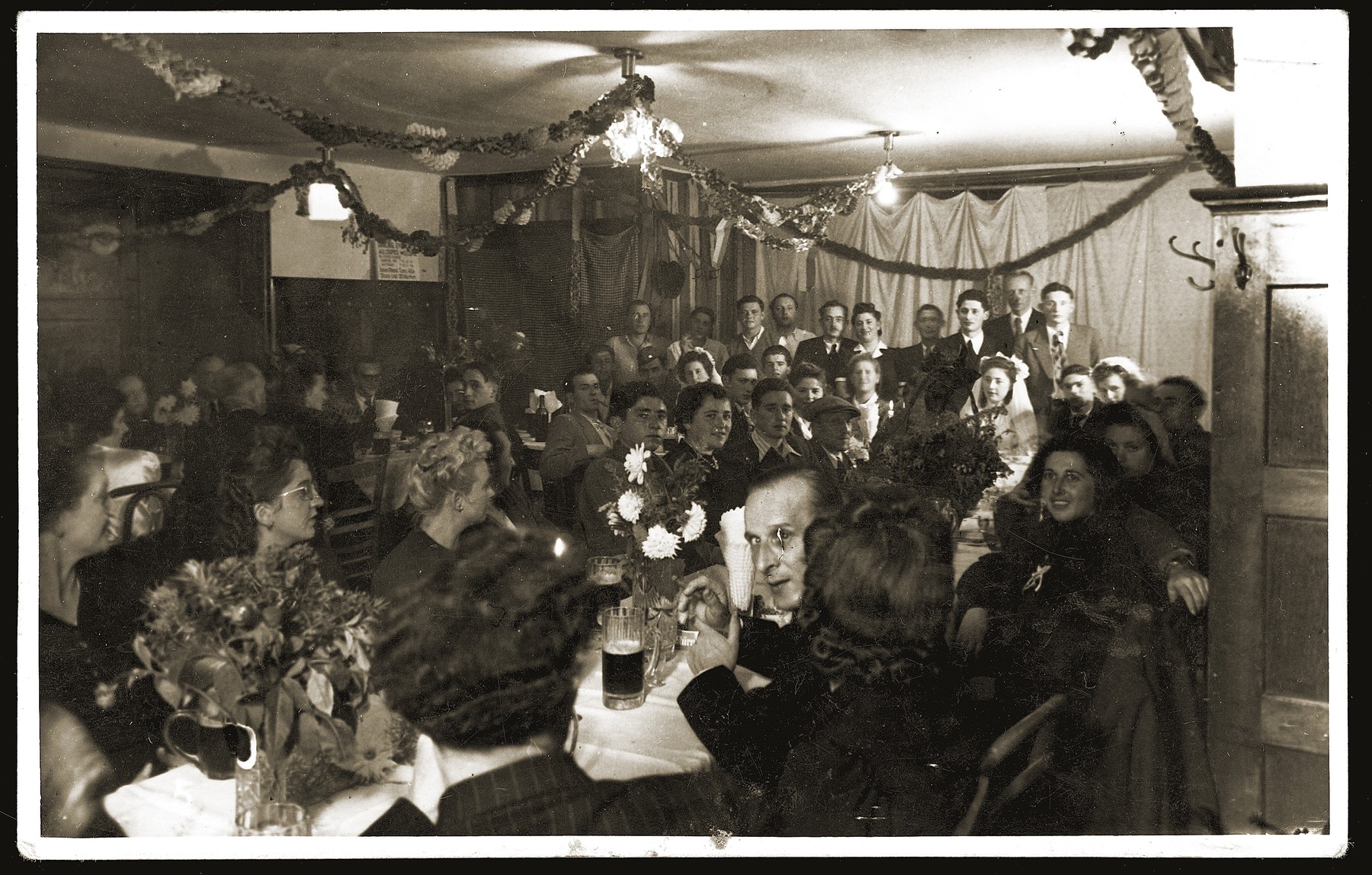 Celebration of a triple wedding of couples from the Zaglebie region of Poland.

The couples are [Itzhak and Ester Gruengras], Mayer and Bala Kozuch and Berl and Syma Kaiser.

Biography
Itzhak GruengrasIsidor (born Isidor Gruengras) is the son of Nahman Gruengras and Esther Lubling Gruengras. He was born on June 14, 1923 in Hannover Germany. He had one older brother Joseph David (b. 1918) and two younger sisters Frieda (b. 1924 ) and Adela (b. 1928). In the early 1930s, Nahman moved the family back to his hometown of Bedzin, Poland. In 1944 Esther, Frieda amd Adela were deported to Auschwitz where they perished. Nahman was sent to Funfteichen, a sub-camp of Gross Rosen, where he perished; only Isidor and Joseph survived. Isidor was sent to Annaberg, Markstadt and the Sportschule near Reichenbach where he was liberated at the age of 22. After the war he first recovered in a hospital in Zwiesel, Germany and then came to Regen, Bavaria where he married Ester Gruenzeiger in a ceremony shared by two other couples.

Ester Gruenzeiger is the daughter of Mordechai Mendel and Rywka Fogel Gruenzeiger. She was born on March 15, 1925 in Hannover where her father worked as a shoemaker. Her family also returned to the Zaglebie region during the 1930s. During the war she worked in the Rossner shop in the Dabrowa ghetto. She later was sent to Langenbilau from where she was liberated on April 8, 1945 at the age of 20.

Yitzhak Isidor Gruengras is the son of Nachman Gruengras and Ester (nee Lubling) Gruengras. He was born on June 14, 1923 in Hannover where his father, Nachman, was a textile merchant. Yitzhak Isidor had one older brother, Josef David (b. 1918) and two younger sisters, Fredzia (b. 1924) and Adela (b. 1928). In 1930 the Gruengras family returned to Nachman's hometown, Bedzin, Poland and established a metal works factory there. In 1942 Yitzhak was arrested and interned in Dulag, a transfer camp in Sosnowiec. He was transferred shortly after that to the Anaberg labor camp and later to Markstadt labor camp. He was then transferred and subsequently liberated in Reichenbach (now Dzierzoniow). Yitzhak's parents and sisters were deported to Auschwitz in January 1944, where they perished. His brother Josef David survived. On October 7, 1945 Yitzhak married Ester Gruenzeiger in the Regen displaced persons' camp in Bawaria. They immigrated to Israel in 1948.