Zionist youth dance the hora around a flag [perhaps prior to their leaving for Palestine aboard the Champollion]. 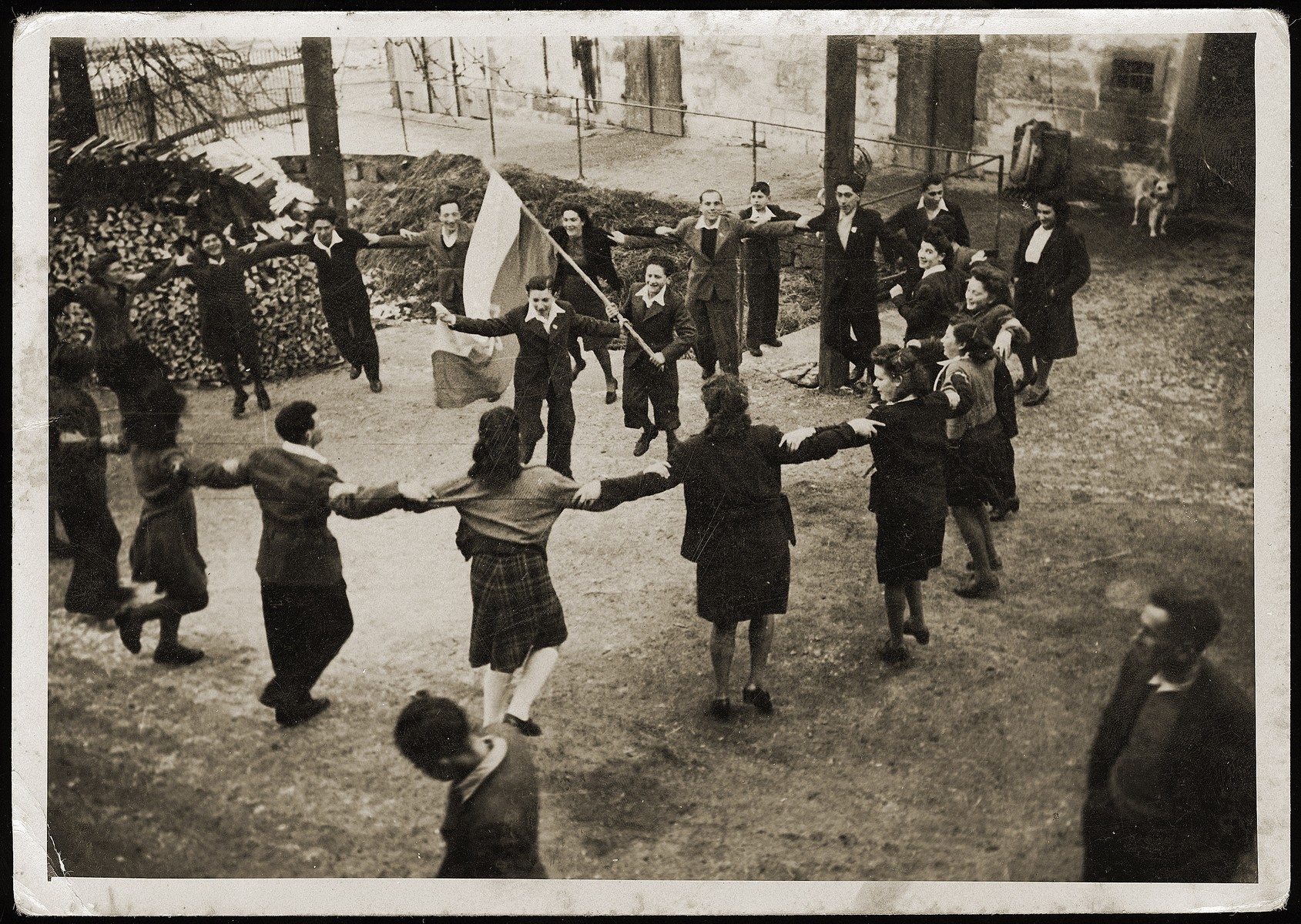 Zionist youth dance the hora around a flag [perhaps prior to their leaving for Palestine aboard the Champollion].

Biography
Bracha Plotnik (born Bracha Chmielnicka) is the daughter of Dov Aleksander Chmielnicki and Ester Fajner Chmielnicka. She was born on April 2, 1920 in Bedzin Poland. She had three younger siblings Ada (b. 1921), Szymon (b. 1923) and Rozka (born 1925). The family remained in their apartment for the first two and a half years of the war but then were forced into the ghetto in May 1941. From 1940 to August 1943, Bracha took part in the Kibbutz Hachshara "Farma" located on a piece of land between Kamionka and Srodula, where Bedzin. Sosnowiec and Dabrowa Gronicza ghettos were located. In August 1943, during the liquidation of the ghetto, Bracha was deported to Auschwitz and remained there until its evacuation on January 17, 1945. Bracha was then transferred to a series of concentration and labor camps including Gross Rosen, Ravensbrueck, Malchow, Leipzig, Dresden and Goerlitz. Bracha was liberated by American troops in the vicinity of Leipzig on April 26, 1945 at the age of 25. Soon after her liberation she was sent by the Zionist youth movement to Warsaw to organize an evacuation of Jewish children from the Swietego Jezusa orphanage. Together with Yehuda Szulman, a representative from Palestine, Bracha accompanied close to 1000 orphans to Palestine on the Champollion refugee ship, which sailed from Marseilles in April 1946. After arriving in Palestine, she settled in Kibbutz Mishmar Hasharon. Of her entire immediate family, only her sister Ada survived.