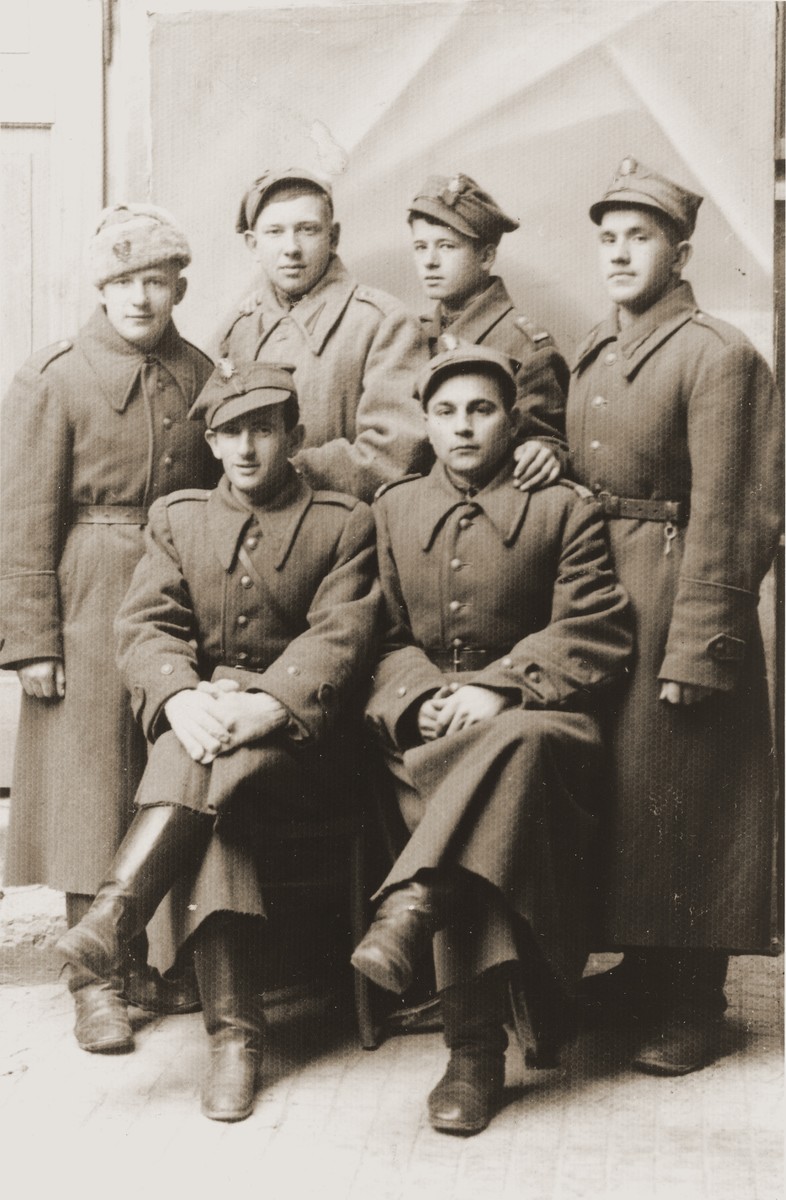 Among those pictured is the Jewish soldier Henryk Lanceter (seated on the left).