A group of young Jewish women stand outside the window of an unidentified building in Chelm. 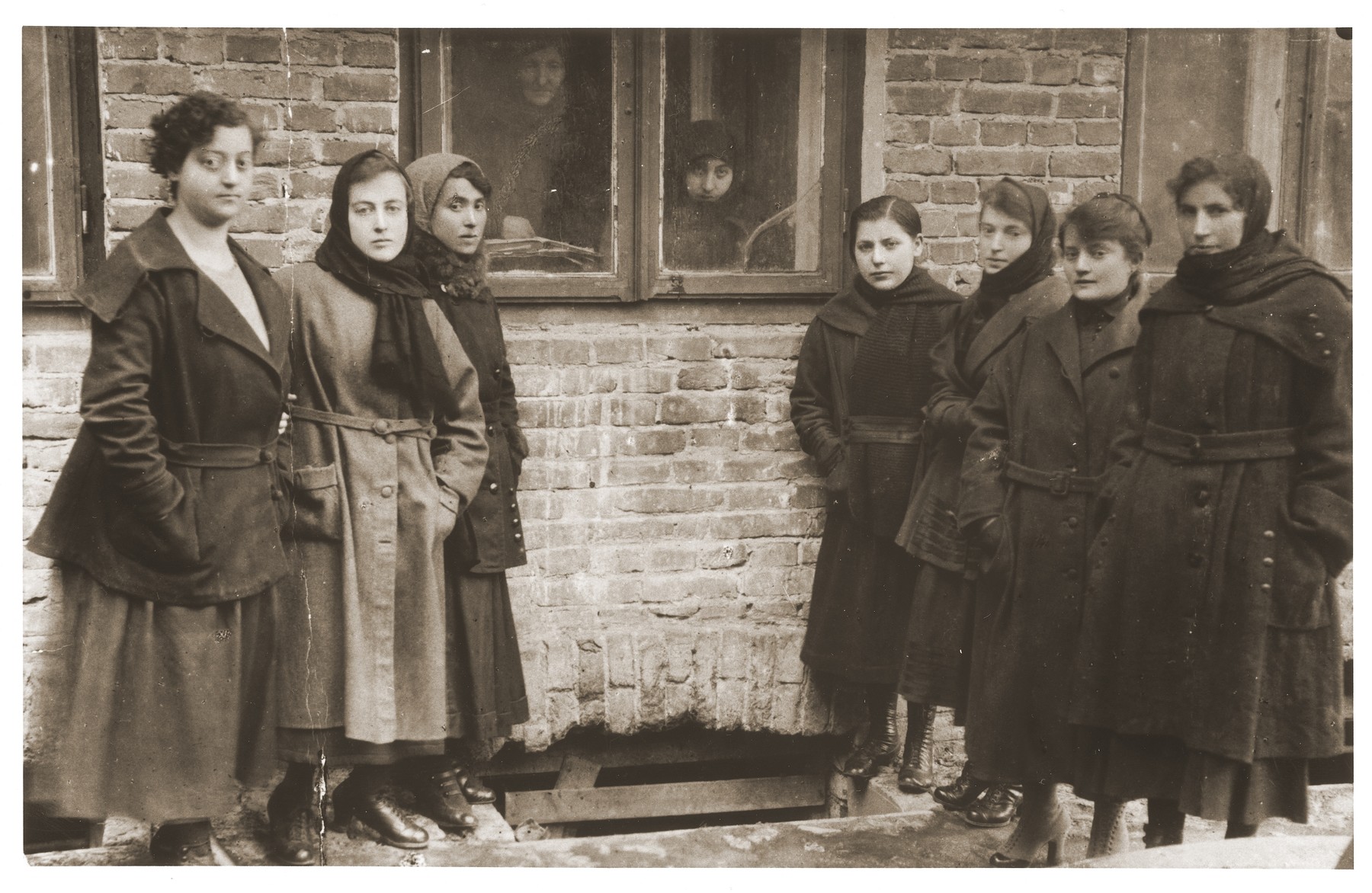 A group of young Jewish women stand outside the window of an unidentified building in Chelm.

Among those pictured are Luba Appelbaum (far left) and Feige Zygielbojm (second from the left). Feige is the sister of Szmul Artur Zygielbojm; Luba is his cousin.