Group portrait of the Hebrew elementary school at the Berlin-Schlachtensee displaced persons camp. 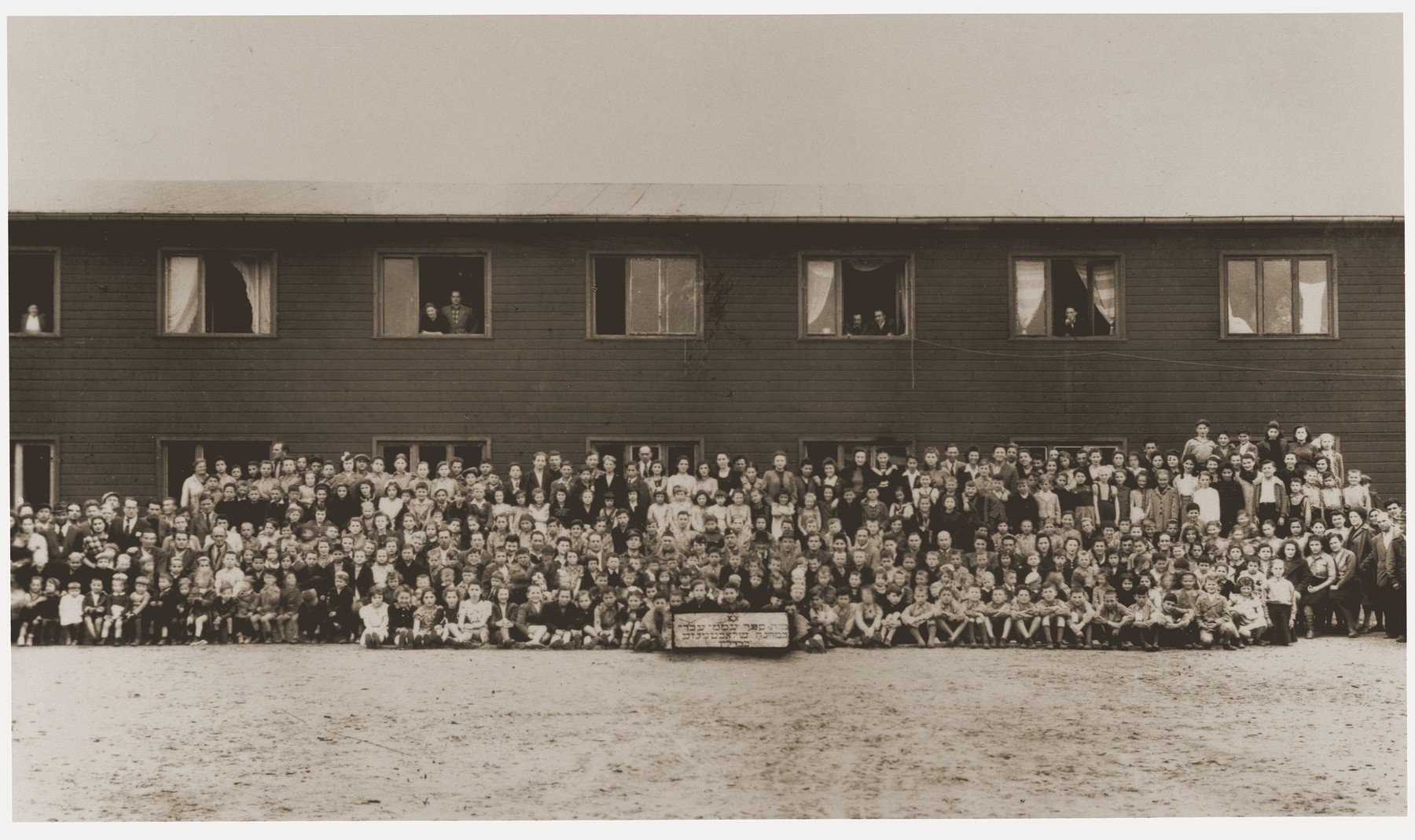 Group portrait of the Hebrew elementary school at the Berlin-Schlachtensee displaced persons camp.

Pictured in the center (four rows above the sign) is Rabbi Herbert Friedman. Also pictured is Regina Laks.